Janice Sigrist’s career trajectory has been nothing short of remarkable. The American-born educator has over 35 years of experience in education, spent half of her career in Shanghai and ran four kindergartens in the city. And, after nearly four decades in education, her love for teaching is still as passionate as it was when she first took a class back in the 1980s.

After 10 years as a teacher she was promoted to principal and, in doing so, became the youngest to have held the position in the school’s history. As an innovator she decided to hire teachers from overseas — France, Belgium and Canada — to introduce diversity, a fresh approach and a departure from traditional teaching taught in schools.

But in 1999, she had an epiphany. She said: “Wow, they (overseas teachers) are having so much fun and I’m not having fun. I’m going to be an expat.”

Although originally accepting an offer to be a school principal in Japan, she decided to become head of the Rainbow Bridge International Kindergarten in Hongqiao in 2000.

“All of my life I wanted to come to China. I was so excited,” said Janice, who revealed her love for China went back to her childhood.

One of her mother’s missionary friends gave her a beautiful traditional Chinese dress when she was a child. And her mom planted an early seed in her mind when she said, “Maybe one day, when you grow up, you could go to China too.” 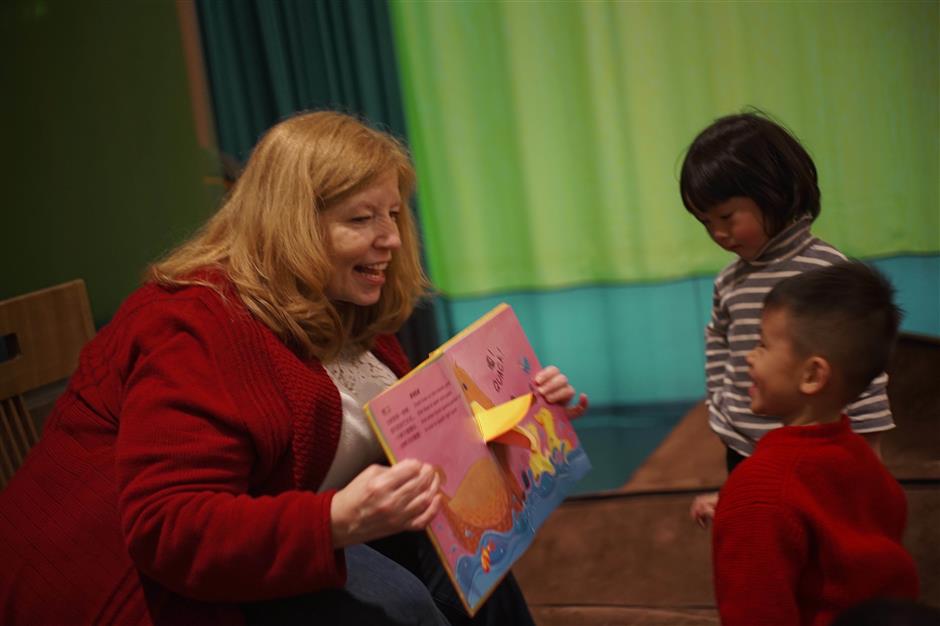 Janice Sigrist has a reading class for children in Shanghai.

A move to Shanghai in 2000 followed, where she got to work expanding a kindergarten of 18 kids into a primary school with more than 300 students. It later developed into Hongqiao International School. The process was difficult but the experience was rewarding.

“The experience was so wonderful and lovely,” she said. “I think that’s why I fell in love with early education.”

After a partnership in another kindergarten didn’t work out, she opened another school, Bright Start Academy, which is still going, teaching a mix of Chinese and expat children.

Her success attracted attention from several local educational organizations and was invited to be head of the “Dare To Dream” kindergarten program, launched by Vanke, a leading real estate company and urban development service provider in China. She was told to create the curriculum of her dreams. Janice believes the role of a kindergarten is to help children socialize and use it as a foundation for basic learning.

“A safe place, a fun place, where children want to go and be upset on the day they are not able to go,” said Janice, who is now the superintendent of DTD Kindergarten. “And for me, if a child leaves the school, loving to learn, we’ve done our job.”

Janice also said kindergartens should teach children knowledge, but it should be mentally appropriate for them.

One important role of a kindergarten is to prepare kids to be successful learners, said Janice.

“That means to teach children how to sit in line, where to put books when they finish reading, how to be nice to friends and all the social skills needed to be successful in life,” said Janice.

“It also means to teach them how to think outside of the box, how to think further, not just give an immediate answer, think about the situation, develop more thinking skills at a higher level.

“We also try to teach them courage and confidence, so that they are confident and not scared to do something new, they are willing to take the chance, they are curious so they ask questions about things.” 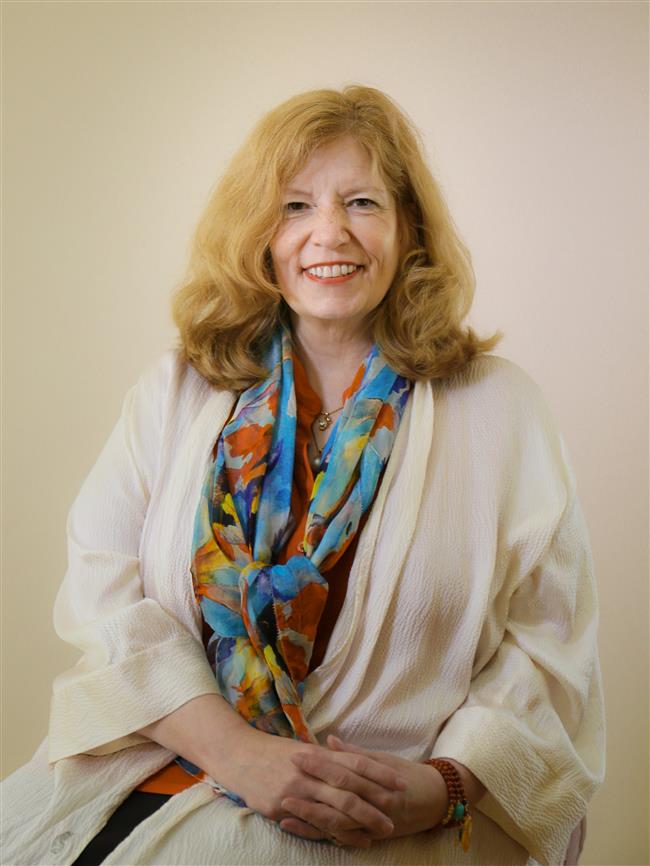 American Janice Sigrist has over 35 years of experience in education.

Janice also believes reading is very important for children. “Reading is the foundation for your life. If you can read as an adult, you can find information, you can change your world. You can find anything you want online,” she said. “I think reading truly opens the world to everyone.

“It doesn’t matter if you have a big house or a little house. My suggestion is to have a small corner, and make that into your child’s learning space. As the child is little, you can set up 20 minutes a day for reading. The whole family reading together is the best. As a parent, you have to be a reader. You have to set up an example for your child.”

Janice has seen a change in local schools since she arrived in Shanghai.

“When I first came, I visited local kindergartens. I saw kids sitting in chairs, arms and legs folded and sitting for long periods. Too long for them to sit,” she said. “But today, there are more exercise and educational games. Everybody now knows the negative effect of over sitting on adults and kids. Sometimes when you stand up, your brain is more engaged and you can think better.” 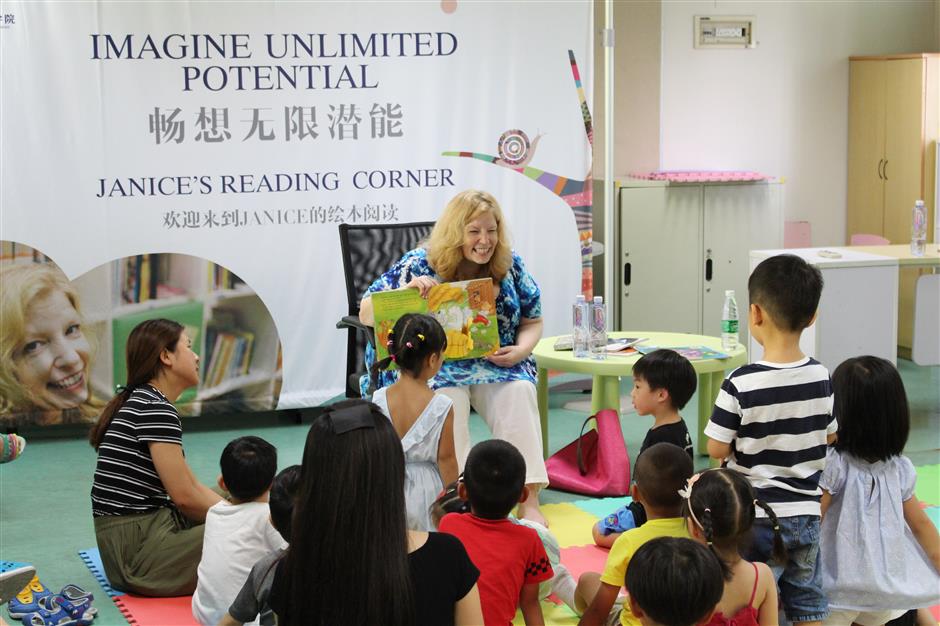 She is also glad to see parents are increasingly involved in children’s education.

“One thing parents should understand is that they are their children’s first teachers,” said Janice. “They can teach children when they are pregnant. The child reacts to their voices. Their voices are the sweetest voices in the world. So it doesn’t matter if you sing well or poorly. Singing to your child is very important because they love voices.”

She believes that parents’ involvement can make sure the family unit stays intact and that their plans for the future of their family remains intact.

“I think parents have an obligation to give children a firm base of moral beliefs so that the family believes the same thing,” said Janice. “When you let other people be the sole educators of your child, your child picks up their beliefs, morals and sometimes they question your beliefs and they do things contrary to what you believe.”

That’s why she disagrees with some parents who send their children abroad for study at a young age.

“Going abroad for study at an early age is wrong. Too many things could go wrong. You lose the sense of family. The family gives children confidence,” she said.