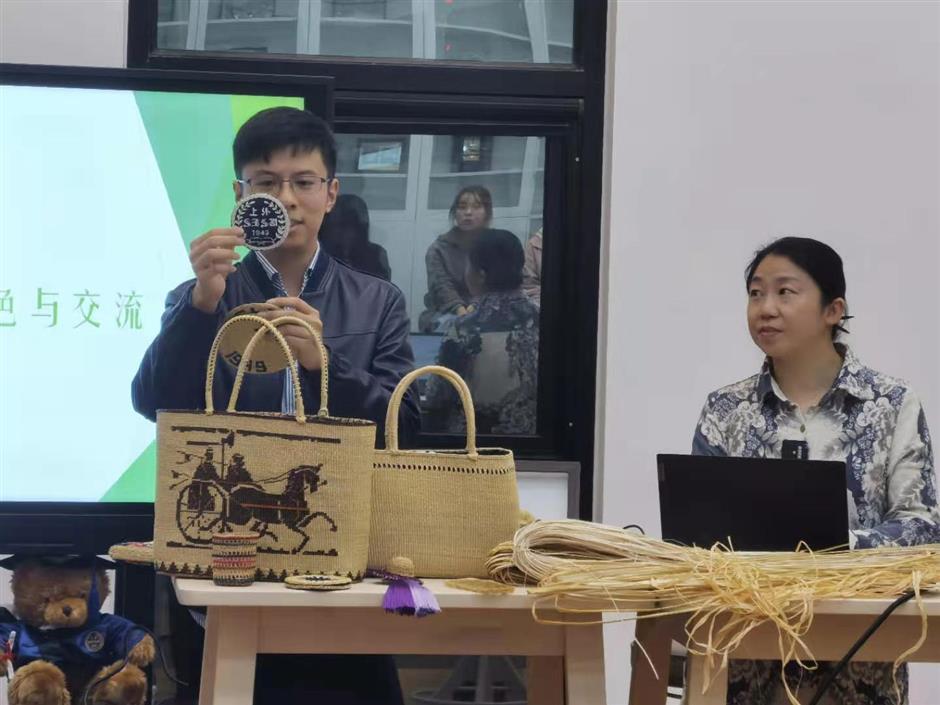 Zhang Lijun (left), founder of the SISU Center for the Documentation and Communication of Chinese Intangible Cultural Heritage, participates  in a Xuhang straw weaving promotion event at the campus

Ancient skills that bear the wisdom of past generations need to be preserved when we pass them on, and promoting them in a variety of foreign languages will be the icing on the cake for the preservation process, says Zhang Lijun, founder of the Shanghai International Studies University Center for the Documentation and Communication of Chinese Intangible Cultural Heritage.

Since its establishment in July last year, teacher and student members of the center have traveled around Songjiang and Shanghai, and in less than six months have written a 150,000-word survey, 90,000-word interview scripts (oral recordings included) and two multilingual encyclopedias on intangible cultural heritage items. They also filmed two multilingual documentaries and created five cultural products inspired by intangible cultural heritage.

Zhang, a Spanish teacher at SISU, got to know the Maya and Aztec cultures when he studied in Mexico. He was moved by the vitality of ancient civilization when he saw that some people in Mexico were still speaking the ancient Mayan language.

After he returned to China, Zhang came up with the idea of exploring China’s intangible cultures and arts.

The first batch of eight students from the Department of European Studies, School of Economics and Finance and School of Journalism and Communication were recruited in the center during the 2020 summer vacation.

During the survey, team members would launch a weekly online meeting to assign works and report their research progress. Guided by their teachers, the students did a large amount of document retrieval, sorted out information on intangible cultural inheritors, researched ordinary people’s preferences in intangible cultural products and planned a series of interview and documentary filming.

Their interviewees ranged from children to intangible cultural inheritors over the age of 70. Through filming and recording each interview, and carefully collecting and organizing their research findings, the students got a thorough understanding of both the charm of intangible cultural heritage items and the dilemma they are faced with, therefore resolved to better promote the cultural form. 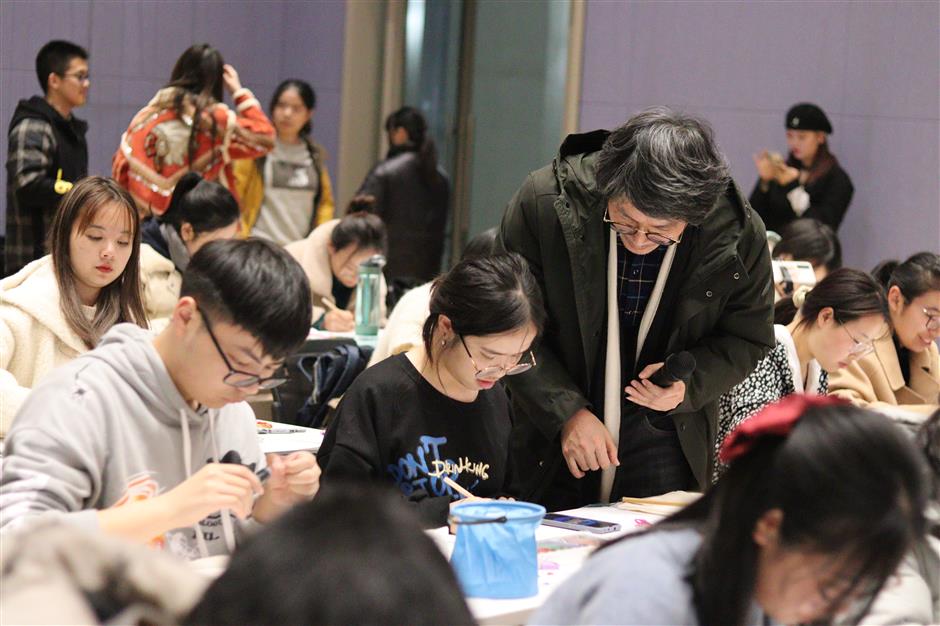 An intangible cultural inheritor of Jinshan farmer painting visits Shanghai International Studies University and teaches students how to create their own farmer paintings. 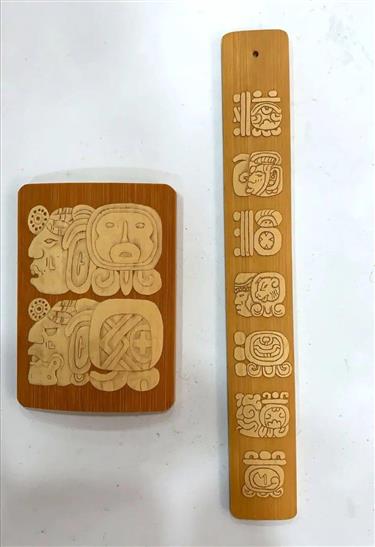 One of the cultural products created by teachers and students from the SISU center.

“Before I joined the project, I knew little about intangible cultural heritage. But after so much field study, I now have a deep understanding about items including Songjiang Gu embroidery and Sijing shadow puppet play. I hope I can use my language skills to further promote Shanghai’s intangible cultural heritage,” said Xue Yan, a student from SISU School of Journalism and Communication.

An exhibition of Jinshan farmer paintings and Shanghai-style comic strips is at SISU’s Hall of Education, and Xue is one of the curators.

During their field study on Yexie bamboo weaving skills, students had a problem on how to translate a carving tool from the local dialect to putonghua, and finally to a foreign language.

“To acquire the name of the carving tool and more details about it, I visited Yexie Town in Songjiang District three times, and I will continue to visit in order to do the translation well,” said team member Deng Jingyi.

To make stories about intangible cultural heritage easy to understand for foreign audiences, team members invited foreign teachers from the school to be proofreaders.