The Global Search for Education: SIMA Sets New Standards for Creativity and Integrity in Storytelling 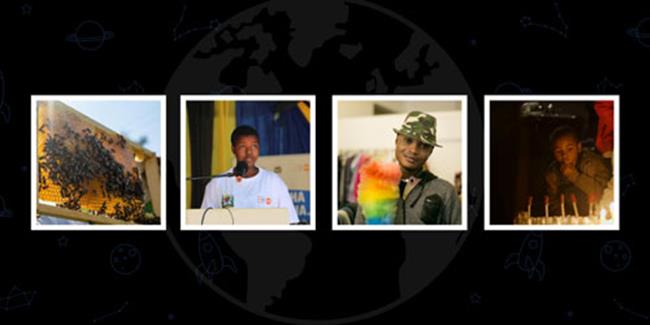 This season on the Planet Classroom Network, audiences will be able to see some outstanding examples of SIMA Studios’ work with independent filmmakers for free.

Notable film presentations in Season 1 include Lucan Guilkey’s BAFTA Award winning film, What Happened to Dujuan Armstrong. Directed by Nicky Newman, From the Same Soil portrays the lives of two gay men and one transgender woman who left their home countries because of discrimination and persecution. Detroit Hives explores the importance of bringing diversity to bee-keeping and rebuilding inner-city communities one hive at a time. Directed by C. Dallas Golden, Girls Like Us explores gender roles and how young women in Africa are challenging the societal norms.

Since 2012 SIMA, has been setting new standards of creativity and integrity in social documentary storytelling. Through their annual awards and global distribution programs, they curate and distribute some of the world’s best social impact films and provide access to this invaluable content in communities and classrooms in order for it to have lasting impact. Access to SIMA Classroom is via subscription with a cross-subsidy prize structure for educators that need sponsored access.

The Global Search for Education is pleased to welcome Daniela Kon Lieberberg, Founder and Executive Director of SIMA Studios.

Daniela, what distinguishes Sima Studios/Sima Classroom from other organizations providing documentaries to schools?

Our annual SIMA Awards draw submissions from independent filmmakers from over 140 countries, allowing us to find the most authentic and impactful stories of the year that offer truly global perspectives. SIMA CLASSROOM, our transformative online education platform, is where we harness the power of these stories in service of 21st Century Global Education. Only the awards finalists and winning films are eligible for distribution via SIMA Classroom. As a result, we’re able to curate a truly unique and global collection of character driven documentaries, social innovation films and VR experiences that catapult students to the frontlines of today’s global issues through local eyes.

In conjunction with lesson plans, Q&As and the option to connect directly with filmmakers, we’re providing a fast-track to global citizenship education and social emotional skill-building. The SIMA Classroom experience is a journey from empathy and critical thinking to action. Our films are short-format only – between 5-40 min max and our lesson plans are action based; empowering students to build campaigns, design and imagine social enterprises, produce media projects, develop cross-cultural capacities and discover their own agency in creating the future.

Right now, we offer 180 short docs and VR experiences alongside customized playlists and lesson plans. We also curate a Student Film Club on the platform, which showcases 2 films, 2 perspectives, about the same global issue each month and enables educators to host a discussion, now virtual, with their students. Each monthly film showcase includes a Quiz. The winner of the Quiz wins a virtual exchange for their entire class with an activist or expert in the field. This connects our global community of students and takes them behind the scenes of the issues at hand. Being inspired by someone actively working on solving global challenges goes a long way to comprehending real-world dynamics and opportunities, which fuels subjective perspective building, self awareness and motivation, and significantly a personal sense of purpose.

How are educators at the high school and college levels using your films at a time when remote learning is part of the norm?

In times of remote learning, we are witnessing SIMA Classroom perfectly suited to keep students engaged and inspired. We have onboarded about 15,000 new students since March, serving over 70,000 students to date. Since Covid, we’ve also seen a tremendous increase in participation in our Student Film Club, where students watch the 2 monthly film picks and get together in a virtual exchange with their classmates to discuss the issue. Watching films as homework to prep for lessons is a common way for educators to integrate the content into diverse curricula, which provides invaluable context around often complex issues and allows them a smoother dive into their lesson.

Many educators use our customized playlists to show more than one film on a chosen topic and kick-off discussions with reference to multiple viewpoints that way.

Social Science, English and Geography teachers collaborated to facilitate a virtual exchange between students from Israel, Palestine, Morocco, and the US, who all watched the same film about refugees in Greece and came together via Google Hangouts to discuss different perspectives on the refugee crisis while bridging cross-cultural divides in the process.

An ESL educator in the Ukraine screened a number of films about collaborative community action, then helped her students develop an advocacy campaign about local animal shelters which culminated in a charity marathon with local council members, military and police officers.

As part of an effort to teach about the UN’s Sustainable Development Goals, Teachers from Karachi, Pakistan hosted a screening about gender equality in their school, using Juanita, a film that exposes the lack of access to maternal health services in indigenous communities in Mexico.

Students in the US devised ideas for social enterprises and researched sustainable business practices after watching a documentary about industrial farming, or learned how to organize a community film screening and discussion, featuring, Not Anymore, a film that captures the lives of young Syrian journalists.

Teachers in Ghana led a discussion about the crucial consequences of poverty while reflecting on the meaning and potential of their own access to education after watching Kayayo–a film about family enforced child labor and exploitation, set on a market place in Accra just a few miles from the student’s own school.

What types of films would you say are the most popular right now with classrooms?

Some of the most popular films right now are Kayayo (Ghana), A New Path (India), Girls Like Us (Tanzania), From The Same Soil (South Africa), Marie’s Dictionary (US), A Turn for The Better (Bolivia), Brazil’s Women Warrior (Brazil) – unraveling a variety of themes including child labour, access to quality education, LGBT rights and indigenous cultural preservation.

What elements do you vet film submissions for? Are your content providers compensated?

Our film acquisitions pipeline is sustained via the annual SIMA Awards, which draws entries from a network of 2500 content creators in over 140 countries. The rigorous vetting via the awards jury ensures that SIMA Classroom films remain the gold standard of social-issue cinematic storytelling. Judging of the SIMA Awards is based on overall excellence in creativity, transparency and educational merit. Our jury is comprised of prominent film, human rights and education professionals that judge films on their potential to ignite critical consciousness, raise questions about the state of our world, and to offer new and unique perspectives on global issues.

Through our impact distribution programs we are able to compensate filmmakers and offer license fees for community screenings and film bookings from a network of over 90+ global partners that include various film, human rights and cultural forums. Filmmakers receive no separate compensation for inclusion in the education platform so far.

What’s coming soon from SIMA that you can share?

With the addition of SIMA 2021 Award winners that will be announced in February, our classroom library of films will grow with many exciting titles capturing a variety of topics such as migration, climate change, racial justice, social enterprise, gender equality, and life during Covid, to name a few. We are also in the early stages of developing the Empathy Index to measure the impact of our content on students, beyond the case-studies and stories we learn about from educators. The Empathy Index will allow us to quantify the qualitative components of empathy to provide data driven evidence of attitude changes and behavior changes as a result of access to SIMA Classroom’s curation of “edu-tainment”.

If we agree that the bedrock for “doing good” and civic engagement is rooted in the experience of empathy—the ability to “feel with” another person, through the use of our imagination that calls for understanding not judgement—then the challenge for education is to regard empathy as a skill that needs to be practiced and improved. 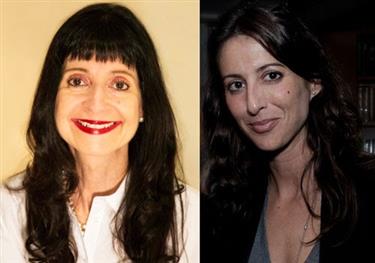 (Photo Images Courtesy of SIMA Studios. Lead Photo l to r from the films Detroit Hives, Girls Like Us, From the Same Soil, What Happened to Dujuan Armstrong)