The Liangzhu campus of China Academy of Art rolled out the welcome mat for 1,600 students on September 5 as it became the academy's fourth campus.

With schools of design, art management and education, as well as an education research institute, the new campus is focusing on the teaching of artistic design with an aim to develop itself into a mecca for Chinese modern designers.

Covering an area of 32.2 hectares, the Liangzhu campus was designed by noted architect Zhang Yonghe, former head of the department of architecture at Massachusetts Institute of Technology in the United States, at an estimated cost of 900 million yuan (US$143 million).

"If I have to pick a word to define the Liangzhu campus, I think it is 'open,'" Zhang said. "Different from traditional universities that divide a campus into different functions, each building in Liangzhu campus has its own dormitories, classrooms and workshops. The design is centered on the integration of living and education."

The Liangzhu campus is also a pilot zone to explore innovative education modes. It is hoped to be a wall-less campus for talent cultivation, breaking the boundaries of different academic disciplines to integrate art with technology and commerce, and incubate leading academic research into future contemporary art. 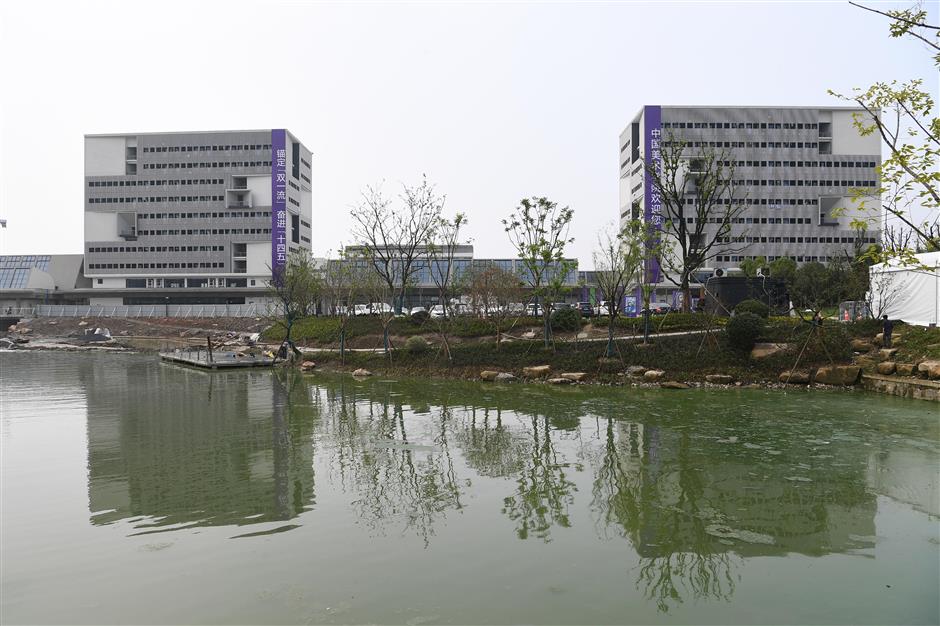 The newly built Liangzhu Campus of the China Academy of Art in Hangzhou pulls banners to welcome the first group of 1,600 students.

The campus was previously expected to open by September 2020 and accommodate around 4,000 students. Due to the outbreak of COVID-19 last year, the opening was delayed to this month.

University campuses in Hangzhou are no longer just for students. They have become places for architects to shine and artists to explore.

As the central campus of CAA, Xiangshan campus was included on the list of the 25 Most Significant Works of Postwar Architecture by the New York Times last month.

Xiangshan campus was designed by Wang Shu, the first Chinese winner of the Pritzker Architecture Prize, known as the Nobel Prize of the architectural world, in 2012 and also the dean of the School of Architecture at CAA.

All the buildings in the Xiangshan campus seem odd at first glance. The rough facades are made of misaligned, recycled bricks and tiles. The windows are not regular sizes and are placed randomly on the wall. The gates are irregularly shaped.

The buildings' curves match the line of the hills in the distance, visually forming a harmonious bond. Corridors and cloisters wind around the campus, softening the overall look. Wood, stone, bricks and glass are all used to ensure visual diversity on campus.

Formerly known as the National Academy of Art, the CAA was found by educator Cai Yuanpei in 1928 as the first art academy with complete academic programs in China.

﻿
Special Reports
﻿
61761
,
New campus of CAA welcomes first students
The Global Search for Education: Producer and Creator of Apples and Oranges Discuss Teaching Acceptance in a Polarized World
Kids' lab exposes children to chemistry's important role
News reading helps to motivate kids to be a good global citizen
Both excitement and challenges lying ahead
Special ed students communicate through art
It's vital to teach kids wellbeing early on
The young 'chicks' who have no time to kill
STEAM education to build a future for children
Why families keep choosing YCIS Shanghai
EXPLORE SHINE