Students share their thoughts on China to the world

2021 "Young Voice, China Story," an English-speaking contest held over three months in which nearly 20,000 students between the ages of 6 and 18 took part, has attracted a lot of attention for providing students with an outlet to display their English talent and showcase their veneration of China to the world. Participants share their stories on the topics "This Is Me," "Changes In My City," "If I Had A Time Machine" and "A World That Has Changed The World." Let's listen to the thoughtful insights of one top-prize and three first-prize winners in High School Division.

A word that has changed the world

I once looked for the answer to find out which word has changed the world most significantly. Should it be wars? Disasters? Pandemics? Or perhaps, commerce.

Back to over 2,000 years ago, the world was in a state where empires, kingdoms and tribes were almost isolated from each other. People then were ignorant of foreign lands, alien cultures and even their neighbors' achievements, which kept the world fragmented and stagnant. Luckily, China in Han Dynasty opened up the Silk Road, an appreciable commercial Center in which Western and Chinese people started their international businesses.

In addition to silk, a wide variety of other goods was traded, and the network soon turned out to be important for the spread of religion, science, technology, etc. The export of papermaking, gunpowder, printing and compass, a.k.a. the four great inventions and the import of religions such as Buddhism and Christianity, food such as carrots and grapes are certain examples. The moment people stepped on the Silk Road, our world started its great fusion. 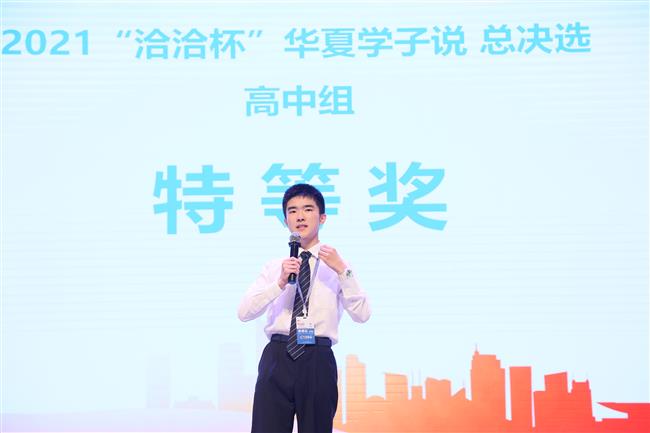 Gu Peitong, 15, from Shanghai Experimental School, is the top-prize winner.

However, the fusion hasn't finished yet. Our country announced the Belt and Road Initiative in 2013 so as to further promote international commerce. China International Import Expo has also been held to encourage import trades since 2018. The word "commerce" takes root in our hearts as a perfect way of eliminating the cracks among countries and cultures.

Or we can say that our world is operating according to the rule of commerce. We cannot even live without commerce. For instance, China accounts for about 30 percent of global manufacturing, which means that a foreign person won't have the access to one third of the world's product if his or her country does not have commercial intercourse with China. Of course our country and most of all the countries look forward to high prosperity in global commerce, telling everyone that our world has been changed irreversibly by a simple word, commerce. It is commerce that has changed the world in peace and civilization, causing effects much more positive and terrific than wars on our world.

Innovation is the keyword that can open the door to a brand-new world. Since the Paleolithic period of human history, our ancestors started using fire to create themselves a cozier living condition which was different from the time of only icy meats and dark caves.

As it has become today, innovation played an indispensable role in ancient human society. And it has continued to evolve and be present in societies since then. If we were to examine all 5,000 years of Chinese history, it would be impossible to deny how our great ancestors during that time utilized their innovations to make their world a better place. 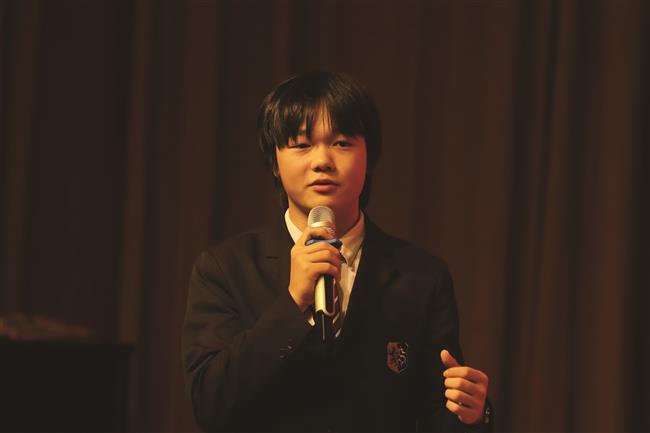 The compass provided us a safer and more reliable guidance to navigate on the ocean; paper and printing allowed us to create a portable and low price means of media to push the development of literature and writing; the invention of gunpowder revolutionized weapons; the longzhou assisted us to connect and to build the cross-cultural relationships between our neighboring countries; the abacus demonstrated the possibility of mathematical thinkings to us; the acupuncture showed us how medical achievements can change individuals from one day to the next; and how Baguenaudier can motivate people's creative thinking skills.

Thanks to all these innovations, our great China became united through our pride in these achievements.

As you can see, innovation helped to promote and to reconstruct China into a more advanced nation. Even now, you can still notice that innovation is rapidly changing our world. Starting from ink and mail to we chat; from cash and wallet to Alipay, you don't need any heavy gadgets to travel around the world anymore, just your smartphone.

I believe innovation will never stop changing our nation and our planet.

Understanding will change the world

Love, peace, kindness, … they all begin with understanding. Understanding is a very versatile idea and can be applied to personal, tender moments between yourself or your loved ones but also to whole countries, their leaders and their interactions.

The story Fu Jing Qing Zuì conveys a strong point about misunderstandings and humility that can be analyzed to learn various lessons and truths about our world.

For context, the story is set in a time period with multiple countries in conflict for power. Lin Xiangru and Lian Po were both generals of the same state. When Lin Xiangru returned from a conference he was promoted to a high-ranking official for his excellence (a rank above that of Lian Po). The latter was not pleased with these developments and he complained that he had done much more on the battle field and that Lin Xiangru didn't deserve this position. He went as far as to deride Lin's origins and say that if the two ever meet Lian Po would surely humiliate Lin Xiangru. After this statement Lin Xiangru avoided Lian Po at all costs, and because of this he received much scorn from all classes and ranks for his "timidity." 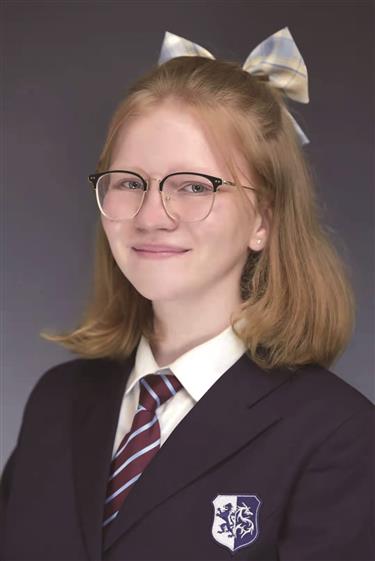 Later we come to find out that the reason he has been avoiding Lian Po is not fear but rather- bravery. Lin Xiangru came to the realization that if he and Lian Po were to turn against each other that would signal a point of weakness to the (very powerful) Emperor of Qin and he would surely invade Zhao. His act of avoidance was one of selfless thought for his state. Once Lian Po heard Lin Xiangru's reasoning he felt incredibly guilty for his mockery and approached Lin Xiangru with a humble apology and declaration of his wrong doing shown by bearing sticks on his back. The two later became close companions and they protected Zhao for many years. This story, however short has ample examples of understanding. It demonstrates how misunderstandings can cause conflict and how mutual or personal understanding leads to agreement and peace.

Take this truth and apply it to any hardships you or our world is facing. I can guarantee that to some degree at least, it is bound to provide a deeper insight or different perspective to the problem. Understanding each other and ourselves more would lead to a kinder, more loving and peaceful world and I believe that's why "understanding" has and will change the world.

A word has changed the world

About 400 years ago, in the Ming Dynasty of China, there was a distinguished scientist named Xu Guangqi. Shanghai's glitzy area – Xujiahui – was named after him.

When he was young, he saw a map of the world, and he marveled at how vast the world outside of China was. After that, he devoted his whole life to promoting cultural exchanges between China and the West. His work spread through the ages; for example, the terms in his translation of the Geometry Original are still used today. Therefore, Mr Xu Guangqi is called "the first person who has integrated East and West." 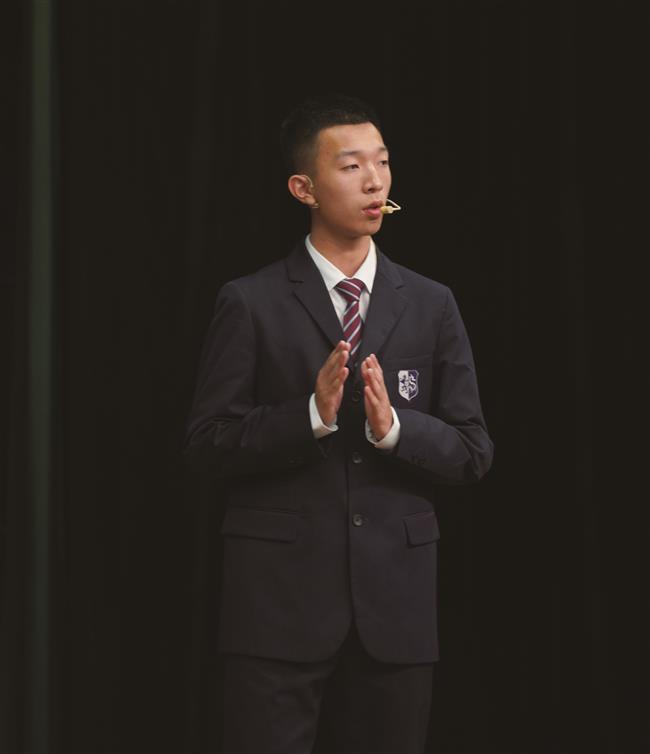 Integrative reconciliation in Chinese is huitong. What is huitong? The character hui represents the fusion, and the character tong means the connection. From my perspective, Shanghai was able to develop from a small fishing village to a world-class metropolis was because it embraces the spirit of huitong. This spirit has made modern Shanghai known as the "Magic Capital:" city of magic, city of fantasy. Shanghai is constantly absorbing culture and technology from other regions of the world, which enables it to produce many celebrities who change the world. Over the centuries, from Xu Guangqi in the Ming Dynasty, who introduced Western culture into China; to Qian Xuesen a few decades ago, who laid the cornerstone of China's space and rocketry programs; and now to Dr Zhang Wenhong, who has made an outstanding contribution to the Shanghai community in the fight against COVID-19. By acquiring the knowledge from both the East and West, these famous people changed Shanghai, changed China, and finally changed the world.

That is why I believe the word huitong has changed the world that we live in. Admiring these "pioneers" who are on the front line of society, I feel true honor. These experts have developed their field expertise based on learning, understanding and accommodating different fields to select and improve. They have opened up the frontier of developments farther, and wider.

Without them, we might be the frog at the bottom of the well in the vast world; we might be the lamb to be slaughtered; we might watch our relatives and friends suffocate and die in pain, but we can do nothing. So I believe, as people integrate existing knowledge, they also earn the ability to sublimate knowledge into future innovation.