Catalyst for growth of girls' football in China 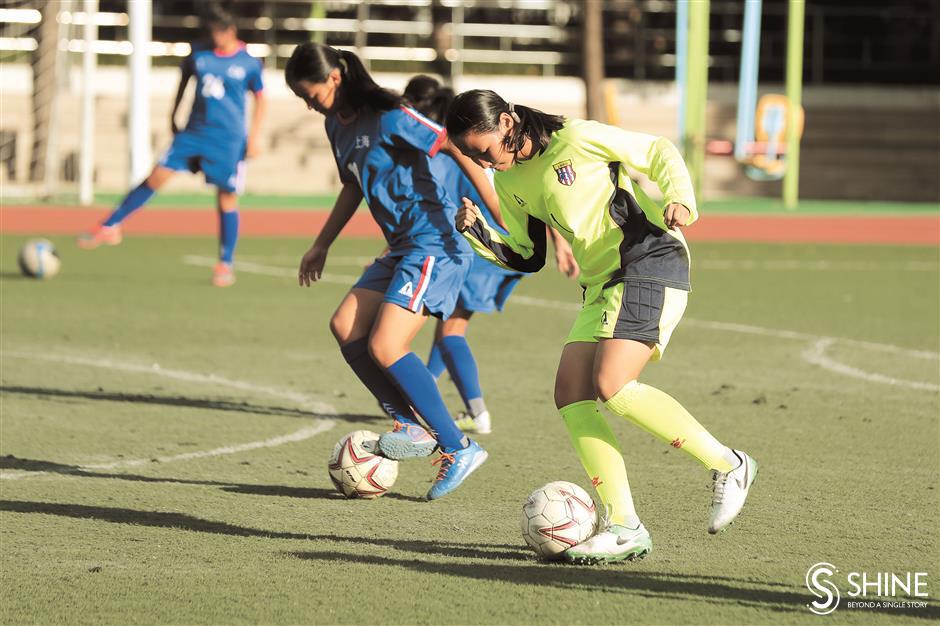 "I'm so proud of them," said 52-year-old Qian, who followed the games and cheered for the team on social media. "They've experienced setbacks and injuries during their career paths and competitions, but they have never given up and eventually stood on the podium." 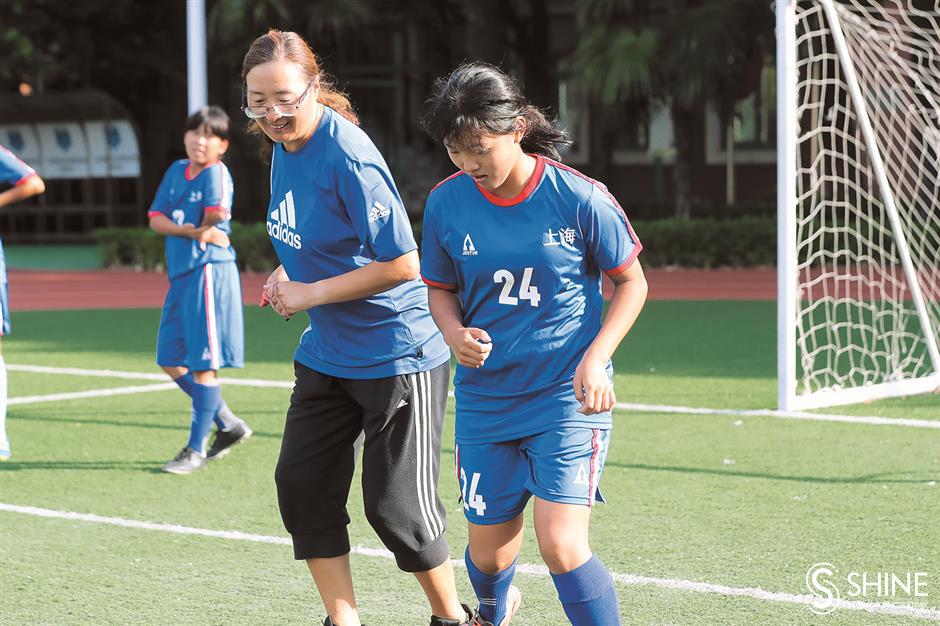 Qian has been coaching girls' football for about 30 years, which wasn't easy at the beginning.

She was once a professional footballer in Henan Province and studied at Shanghai University of Sport after hanging up her cleats. After graduating in 1993, Qian took her first job as a football coach at Jinshajiang Road Primary School in Putuo District, the school's first female coach.

Qian initially had only eight girls on her team. She visited local kindergartens to select potential players, but it wasn't easy to persuade parents to send their children to study with her.

"Sometimes when I saw kids with great potential, I tried my best to convince their parents, but they were unwilling to let their children take part in sports," she said. "Some were pretty straightforward, saying our work was nonsense because Chinese football was horrible."

Qian said most of the team members were children of migrant workers who wanted their children to attend local schools and looked for ways to stay in Shanghai.

Most of these families lived in suburban areas, and the children had to stay at the school. Because it wasn't a boarding school, Qian got discarded beds from universities and hotels.

They lived in the gymnasium and on the playground in summer and bathed in public bathhouses nearby. After pulling through these difficulties, new problems cropped up. Middle schools refused to accept them. Qian worked with several schools, but most of her work ended abruptly.

Only Meilong Middle School welcomed them ... but not for free. As a private school, its tuition fees were more than 3,000 yuan (US$451) per semester, unaffordable for most migrant families.

"I was in tears as the whole team had to be dismissed," she said.

Fortunately for her, the local sports bureau offered to pay half of their tuition fees. Excitedly, Qian called the children's parents and got them back one by one. They also got a dormitory, pitches and related facilities. 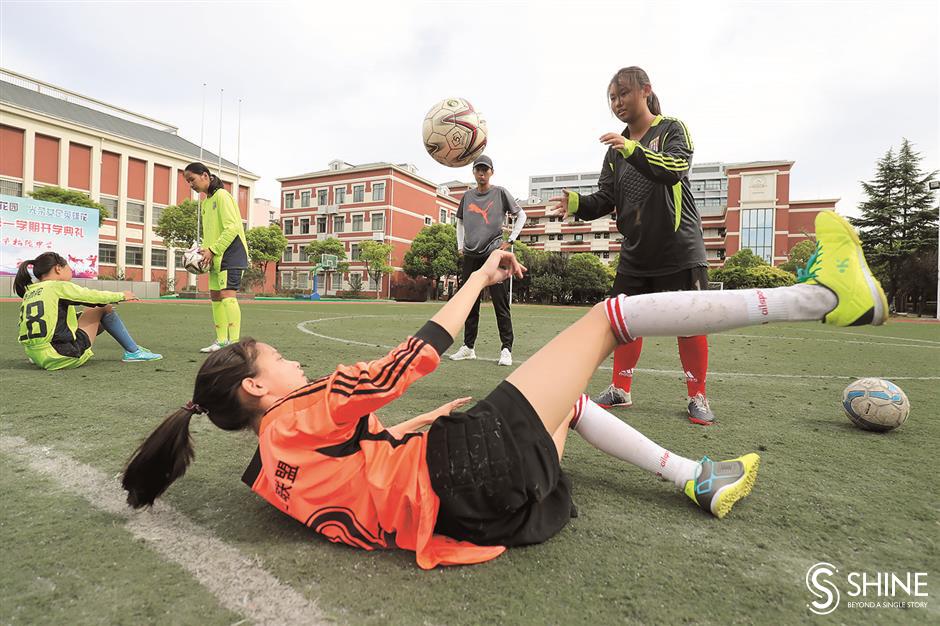 A goalkeeper undergoes a training to improve her movement agility.

With the help of local authorities, Putuo began to allow children to receive regular education while playing football from primary to high school.

Qian's teams have won more than 40 championships in various competitions, and about 50 of her students have played for top professional teams, including the national team.

She's glad to see that more parents are willing to engage their children in football, including many local families responding to the promotion of campus football by the authorities and the national women's team recent championship in the Asian Cup.

"More and more schools have put girls' football training on their agenda, and in Putuo alone we have 135 female students registered in the football association," she said. "The championship has obviously garnered support for women's football players. Last week, we saw more than 40 girls show up in a selection for potential athletes. It's a good sign."