Regardless of ancient times or nowadays, women have played an important role in every aspect of life. This column will introduce 24 influential women in the Chinese history, such as Wu Zetian, Cixi, Cai Wenji, Zhuo Wenjun, and Liu Ru, offering another perspective to learn about China. 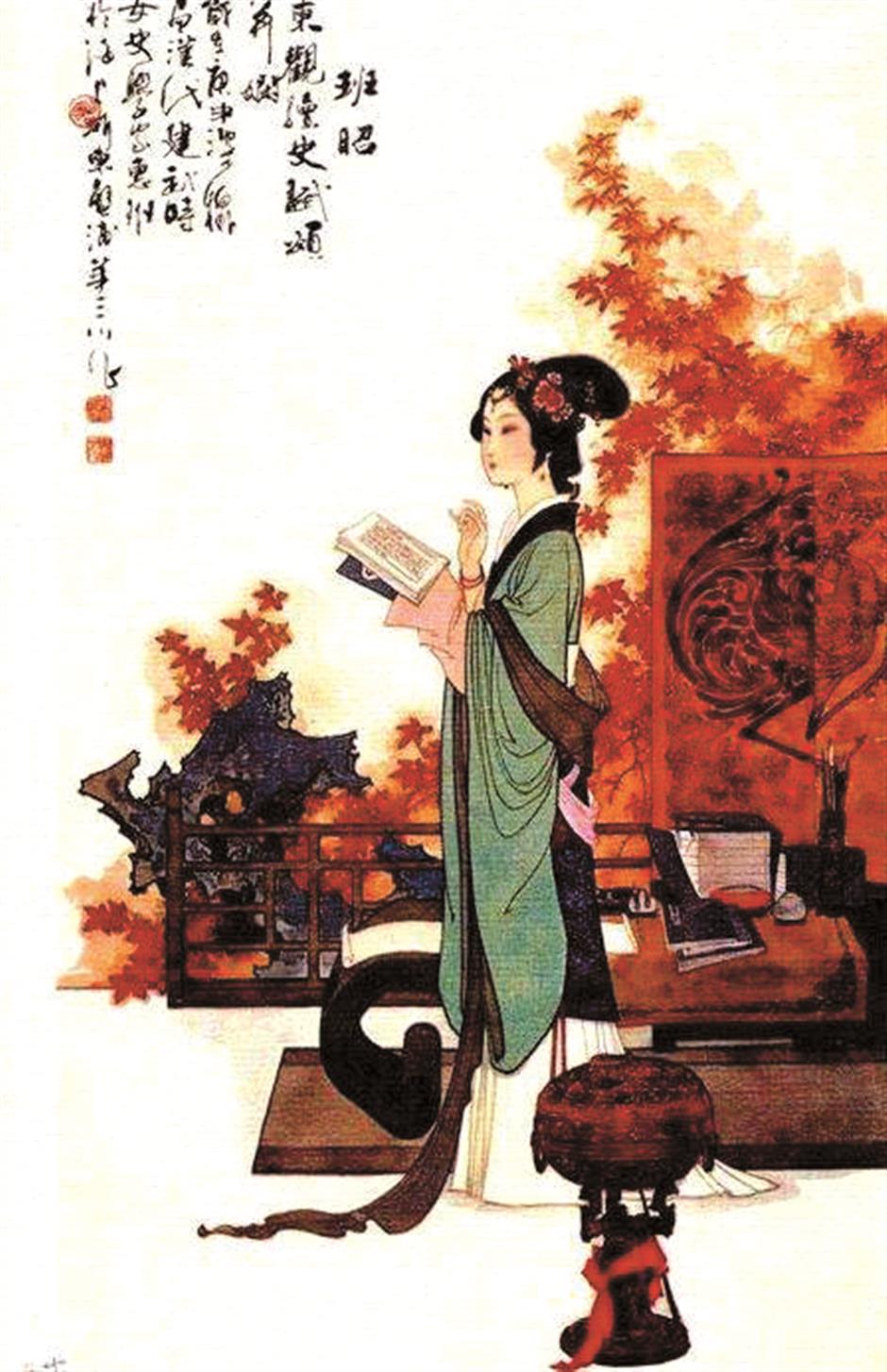 Ban Zhao is most remembered today as the co-author of the Book of Han.

Among numerous influential women in ancient China, some are remembered for their beauty and virtues; some are applauded for their talents in art and literature. Ban Zhao stands out as the first female historian and esteemed scholar.

In AD 45, Ban Zhao was born into a scholars’ family in Anling, today’s Xianyang, Shaanxi Province. Daughter of Ban Biao, and younger sister of Ban Gu, both renowned scholars and historians at that time, Ban Zhao was a quick learner and read extensively.

She married a local resident Cao Shishu at age 14, and was later called into the royal court repeatedly by Emperor Liu Zhao (AD 79-105) to teach Empress Deng Sui and other concubines. As a consequence she was called Cao Da Gu, or Venerable Madame Cao in court. When the Empress became regent for her son Emperor Liu Long in AD 105, she often sought advice of Ban Zhao.

The multi-faceted female scholar is most remembered today as the co-author of the Book of Han, which records the history of the Western Han Dynasty (202 BC-AD 8), with her father and brother. In AD 89, her brother Ban Gu was imprisoned and executed for association with Empress Dowager Dou’s brother, General Dou Xian, who was deemed a usurper, leaving behind the unfinished history book. Ban Zhao took over and also wrote the last eight volumes, all chronological tables of important figures, and a treaties on astronomy.

Nearly two decades after her brother died, Ban Zhao finished the Book of Han in her 40s with the help of Ma Xu, a student of her brother. The book traces the history of the dynasty, starting from its first emperor, Liu Bang, who created the kingdom in 206 BC, until the kingdom was tossed over. The whole book is divided into 100 volumes and includes annals of the emperors in a chronological order, tables of nobles and officials, biographies of noted historical figures, and essays on law, arts and literature.

Though written by four authors in succession, the book is coherent in style and consistent in structure. It is another significant historic writing after Sima Qian’s Records of the Historian, for its unique annals-biography form to cover a single dynasty. The format was carried on as the model for countless official historic writings.

Apart from Ban Zhao’s writings on history, she is also known for her essays on women’s conduct, compiled as Lessons for Women.

The feudal moralistic book mainly advises women to be obedient to their husbands, be well-educated so as to better serve them, and be respectful to her brothers, brothers-in-law, father, father-in-law and other male relatives, so as to achieve the purpose of maintaining harmony in family.

A guide for daughters in Ban Zhao’s family, the book was circulated in the royal court, and served as a guidebook for Chinese women for centuries to come.

In modern days, the book is to be blame for belittling women’s social status and suppressing their pursuit of freedom, self-confidence and individuality. There’s also another theory, though, stating that the book guides women by being enduring and avoiding scandals to survive in a patriarchal feudal society.