A beauty who changed history 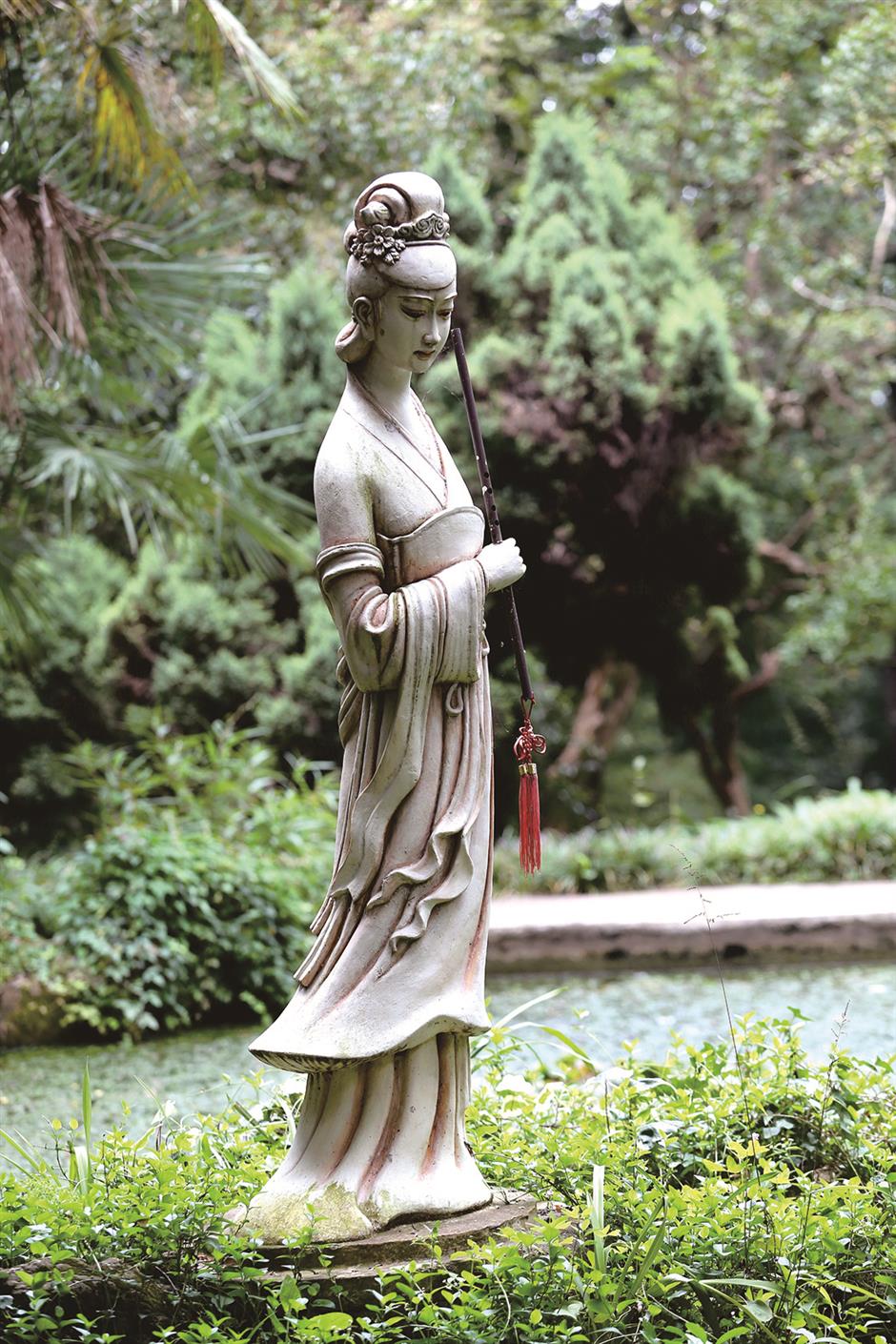 A stature of Chen Yuanyuan, whose romance with the controversial general Wu Sangui changed the history of China.

Chen Yuanyuan, deemed as one of the eight beauties in ancient China along the Qinhuai River in today’s Nanjing City, was many men’s fantasy. Her romance with the controversial general Wu Sangui (1612-78), one of the most widespread stories about her, changed the history of China.

Blamed as a dangerous beauty by the public, Chen indirectly led to the downfall of a dynasty, but she also pushed the rise of another.

Born in a poor family in the late Ming Dynasty (1368-1644), Chen spent most of her childhood with her uncle’s family in Taohuawu in Suzhou after her mother died early.

Originally named Xing Huan, she took her uncle’s surname and became Chen Yuanyuan. Suffering from hunger, she was later sold to an opera troupe by her uncle for money.

Playing the character of Hongniang in the household Chinese opera “The Romance of West Chamber,” Chen was highly popular with audiences. Among the many men trying to woo Chen, Mao Xiang, a renowned scholar and poet, was both the luckiest and the unluckiest.

After several meetings in 1641, they fell in love but the turbulent situation tore the couple apart very soon. Mao lost track of Chen and only to find that she was bought by the family of Tian Hongyu, father of one of EmperorChongzhen’s concubines, in 1642, according to Mao in his memoir.

Beautiful, talented and well-behaved, Chen became Tian’s tool to cement his social position. She was given as a gift to Wu Sangui, a general guarding the Shanhai Pass in the late Ming Dynasty.

In 1644, the rebel army led by Li Zicheng conquered the Ming capital of Beijing, overthrew the Ming and proclaimed himself king.

Knowing that his beloved woman was captured by Liu Zongmin, who plays a pivotal role in Li’s rebellion, Wu immediately wrote a letter to Dorgon, a Manchu prince and later regent of the early Qing Dynasty (1644-1911), expressing his willingness to form an alliance with the Qing army to fight against Li.

With the joint effort of both forces, the rebel army was defeated. Wu was honored as Pingxiwang, or literally “King Who Pacifies the West,” and awarded with a fief in Yunnan Province. With Chen’s support, Wu made a great contribution to the unification of the Qing Dynasty although he later rebelled.

Today, Wu has since been labeled as a traitor while Chen was “Helen of Troy.”

Yet undeniably, the couple played crucial roles in Chinese history. Some historians say the Manchus would have unified China 10 years later if Wu didn’t pledge allegiance to Dorgon. The romance of Wu with Chen was widely re-told as a classic romance as the general once said that if a man was unable to protect the woman he loved, he shall feel humiliated.

There are many versions concerning the death of Chen. The most common is that she changed her name and became a nun in Kunming after Wu’s rebellion against the Qing army failed. Another suggests that she drowned herself in the lotus pond of Huaguo Temple on Wuhua Mountain the day Kunming was seized by the Qing forces.