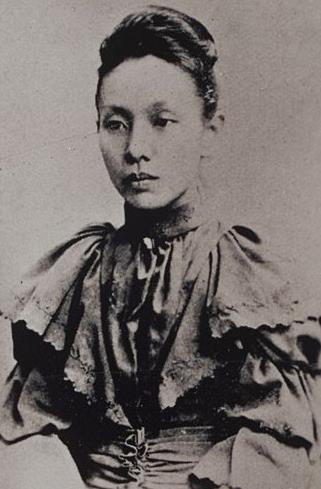 It is widely known that Rong Hong, whose English name is Yung Wing, was the first Chinese student to graduate from Yale University, but fewer people know that Jin Yunmei was the first female Chinese overseas student and became a distinguished doctor, educator and philanthropist.

Born in 1864 in Ningbo, Jin had an unhappy childhood as her parents died when she was 3 years old. The orphan was adopted by American missionaries Divie Bethune McCartee and his wife. In 1872, Jin moved to Japan with the McCartee couple, where she learned to speak fluent English and Japanese.

Funded by the McCartees, Jin — as the only Chinese student — attended the Women’s Medical College of New York in 1881. Hardworking and intelligent, Jin finished at the top of her class in May, 1885.

After graduating, she worked in New York, Florida and Washington and published numerous theses on medical photo-micrography, making Jin famous within the New York medical field.

Giving up a good career opportunity and good living conditions in America, Jin returned to China at the end of 1888. Her tragic childhood reminded her that many Chinese people like her parents died partly because of the poor medical technology.

Having an ambition to bring the advanced medical knowledge and therapies home, Jin dedicated herself to the medical development in China. She established several private practices in Xiamen in Fujian Province, Guangzhou in Guangdong Province and Chengdu in Sichuan Province, where many patients recovered from sickness thanks to Jin’s medical skills.

After practicing medicine for 20 years, Jin took up a post at Tianjin Beiyang Women’s Hospital in 1907 as superintendent. A year later, funded by Yuan Shih-kai (1881-1916), Jin founded the first Chinese public nursing school. A majority of students came from impoverished families. Two subjects — obstetrics and nursing — were set up at the school. Drawing on the philosophy of the Western education, Jin combined theory and practice. Students not only studied at school but were also interned in the Tianjin Beiyang Women’s Hospital. She also employed a British doctor as an intern supervisor and Zhong Maofang, the first Chinese female overseas student majoring in nursing to teach students.

In 1933, Jin rented out a room to a student named Jaroslav Prusek from the then Czechoslovakia, who later became a renowned sinologist. Prusek wrote in the memoir “My Sister China” that in Jin’s house. He found a true family and Jin treated him like he was her son. She liked communicating with young people and invited them to enjoy dinner, especially chrysanthemum soup.

In leisure time, Jin often assembled a group of people to do voluntary work in the orphanage. Taking an active part in various charity activities, she made a great contribution to the development of education and rural health.

It is said that Jin married a Portugal musician and linguist in 1894. However, they divorced after a decade. They had a son who was born in 1895 but he tragically died in 1918 as an American soldier in World War I.

In February 1934, suffering from pneumonia, Jin was sent to Peking Union Medical College Hospital. As a doctor, she knew very well her physical condition was serious. She donated all her assets including her landed property in Beijing to Yenching University. Jin also presented over 150 foreign books to Tianjin Muzhai School. One month later, the great woman passed away.