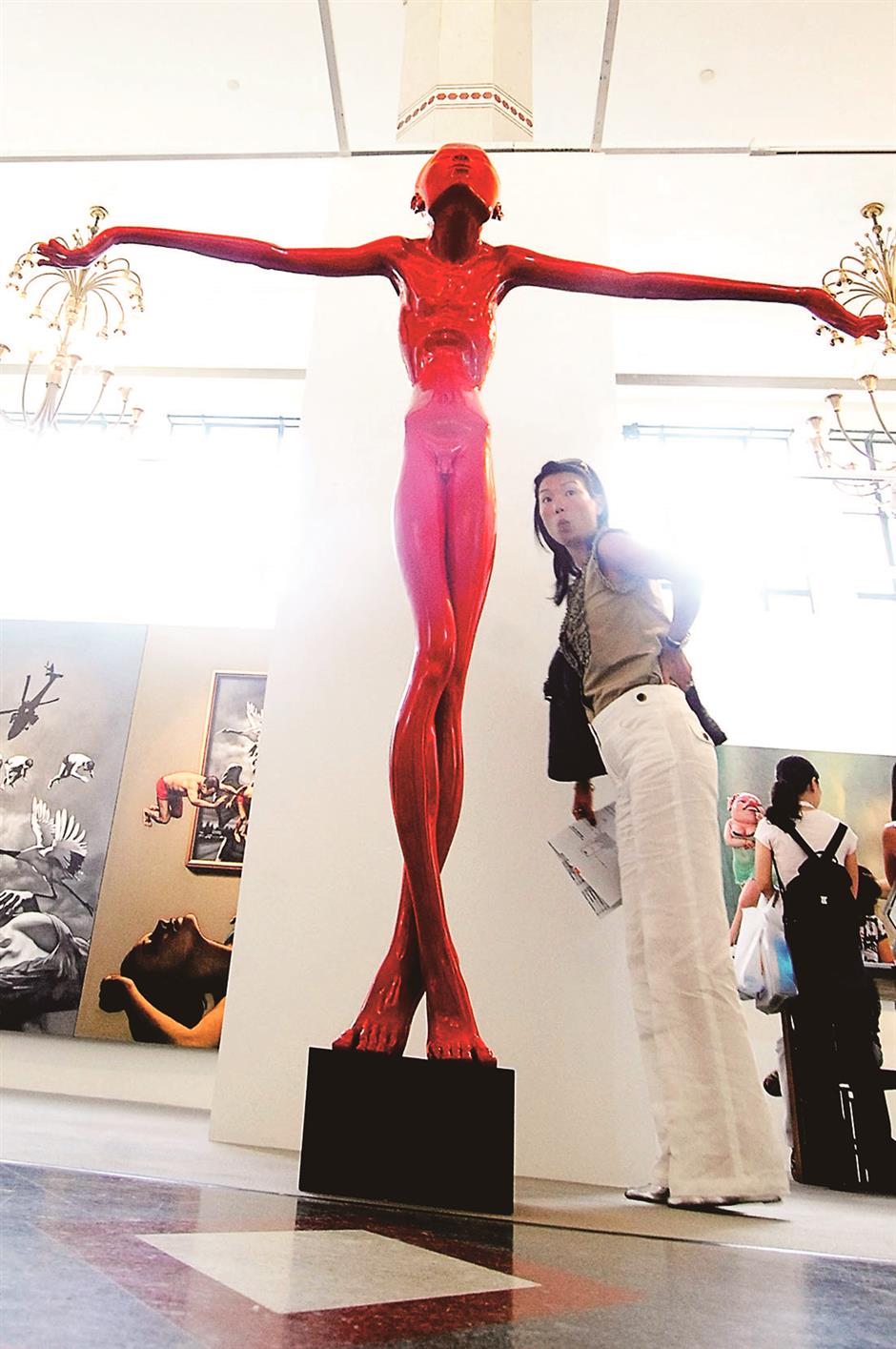 The second ShContemporary was held at Shanghai Exhibition Center in September 2008. Back then, the art fair really opened eyes of the locals as to how an international top art fair could have appeared.

From 2005 to 2010, ShContemporary was undoubtedly the most important event on the city’s art calendar. The five-day event at the Shanghai Exhibition Center in 2007 startled the international art community since its size and quality almost matched that of top art fairs around the world.

It was probably the first foreign-invested art fair under the auspices of the Shanghai Art Fair in the city, and ShContemporary at that time opened the eyes of local people as to how an international top art fair could appear.

About 100 European collectors, all international art VIPs, flew to Shanghai, all in first-class seats paid by the BolognaFiere Group, Italian partner of the Shanghai Art Fair.

Many art lovers might still remember this first international art fair in the summer in 2007. It was held at the landmark Shanghai Exhibition Center, a grand and iconic venue for an art fair.

The center was built in 1955 as a Sino-Soviet friendship collaboration and the design draws heavily on Russian and Empire-style neo-classical influences.

But before the launch of ShContemporary in 2007, the venue had not been used as an art venue, but more a space for commercial or industrial exhibitions.

The organizer of ShContemporary was smart to choose Shanghai Exhibition Center as its venue.

Whether the history of the architecture itself, the particular atmosphere or the spacious exhibition hall, all added a plus even before the opening of ShContemporary.

Apparently the inflow of foreign capital through the art fair boosted and improved the domestic art market.

However, the legend of ShContemporary didn’t last long.

Conflicts among partners started to emerge at the beginning. One after another, core members left the fair, which buried some hidden problems in the near future, as the direction and strategy of ShContemporary deviated from its original track.

“It is very important for a quality art fair to have a consistent strategy and a clear image,” said Zhang Qin, vice director at the National Museum of China. “Sometimes a few people at the fair control the steer.”

Zhang added: “Never, never think that it is easy to organize an international art fair. As far as I know, Singapore Art Stage has been struggling hard these years.”

Everything needs to be considered for an art fair.

According to an industrial insider, due to a five-hour flight to Singapore from China, the geographic location is not that convenient when compared with big metropolises such as Shanghai, Beijing and Hong Kong. Secondly, the buyers from the neighboring Malaysia and Indonesia prefer to support the artists of their country.

“Everyone says that Art Basel Hong Kong is quite hot,” said an industrial insider who wouldn’t reveal his identity, “But to tell you the truth, the space is so big that some galleries especially not those renowned galleries usually can’t get the best site, but some corners only a few visitors frequent. This certainly would affect the deals at the fair, but they have to be there to make their exposure.”

The 2005—2010 period also witnessed a global economic slowdown, and Chinese contemporary art — much of it considered way overpriced and overhyped — has entered a stage of reassessment as the market slumped.

In 2009, contemporary art got another unpleasant jolt when big buyers went for ancient and contemporary traditional Chinese ink-wash paintings.

According to the 2010 Hurun Art List, the former star artists nicknamed “F4” so hot among private collectors and the auction market such as Zhang Xiaogang, Yue Minjun, Zeng Fanzhi and Wang Guangyi were no longer on the top list for China. “The bubbles seemingly began to evaporate,” commented Zhang Qin.

Perhaps the organizers of ShContemporary may not be aware that it would end in a few years in 2013.

“Winter was coming, and no one knew how long it would last at that time,” Zhang lamented. But in fact, nothing could be worse than the situation for Chinese contemporary art as recently as 10 years ago when it was largely ignored.