FEMALE curators are not often found in the art community, but Zhang Bing has always tried to push herself and the artists she chooses to the public.

Often clad in chic dresses, a smiling Zhang frequents various exhibitions in town and some in the country.

“But to tell you the truth, every time before I go out for an opening, I feel so reluctant, as I think that I am a bit social phobic,” she said. “But that’s the job I chose, and I have to overcome this.”

A graduate from the architecture department at Wuhan University of Technology, Zhang found her emotional link with art early in life and has never regretted it.

In 2006, she received financial support from the Getty Foundation for a training program of art directors around the world and a year later she took the role of vice director at the Duolun Museum of Modern Art. From 2013 to 2015, she was invited by the Consulate General of Germany in Shanghai as the yearly curator for the Geothe Open Space.

Different from her peers, Zhang always prefers to work with young emerging artists for her exhibitions, but some big names such as Liu Jianhua and Shi Jinsong are also on the list of her previous projects.

In 2007, she was chosen as one of the curators at the Lianzhou International Photographic Festival.

Q: When mentioning the period of China’s contemporary art from 2005 to 2010, what are the three adjectives you might use?

A: Irrational, carnival and parabolic.

Q: Could you tell what was your most unforgettable exhibition or role you took during the period?

A: In 2007, I was chosen to be vice director of the Duolun Museum of Modern Art in Shanghai. For me, that was a dramatic change in my career path. I was quite young at that time, and I didn’t have any experience in operating an art museum before, though I did receive training in museum management at New York University in the US. Such training or experience was quite rare for any Chinese person in the area, and perhaps that was my plus.

Before 2000, there was actually no officially approved contemporary art exhibition at an official art venue, let alone a contemporary art museum or professionals related in this area. Despite some negative voices, I was pushed on the role as a museum director, and I was facing a lot of challenges and controversy. However I had no choice but to make my own judgment precisely.

Q: From 2005 to 2010, China’s contemporary artworks fetched a series of astronomic figures at auction while the bubbles were coming, what do you think of this period?

A: This period is akin to a huge turbo and everyone involved in the contemporary art world was inside, but unfortunately we were neither the maker nor the decider of this turbo movement. In 2006 when the painting created by Zhang Xiaogang reached nearly US$1 million at Sotheby’s, finally China’s contemporary art was recognized by the mainstream and the government because of the outside impact. However, such a “carnival” initiated by foreign capital was never based on art and culture at the beginning, but instead, the profit and game rules of capitalists. So the evaporation of the bubbles was doomed.

A: A professional team, strong PR, abundant art resources of international top galleries and a distinctive image building, were all the advantages of ShContemporary. But now such advantages gradually fade. The West Bund Art & Design and ART021 already garnered these advantages that might only be possessed by foreign-invested art fairs before, as their founders have accumulated enough knowledge and experience when cooperating with international art fairs in the past five years. What’s more, these local art fairs, compared with foreign-invested art fairs, are more localized with a thorough understanding toward China’s own culture. Also the percentage of Chinese buyers and overseas buyers is different from previous years at local art fairs. The increase in new Chinese buyers is also one of the reasons for their success with a trustworthy relationship with foreign buyers that they developed in previous years at the fairs.

Q: As a curator, did you find enough opportunities or development in your career path during the period from 2005 to 2010?

A: More exhibitions and more platforms with more international exchange.

A: My curating has always been focused on social themes rather than commercial ones. I have never curated a single exhibition for the selling of artworks. That’s my challenge, as it meant fewer opportunities. However I thought if I could insist, things might be different.

But I was so naive to despise the power of capital, and now I find that its evil power even exceeded what Marx said in his “Capital.”

There always exists the prejudice against female curators and artists in the art community. We are not evenly paid with our male peers. For me, my appearance also blurs my talent in the eyes of others. In fact, I have to work harder to earn recognition from others, otherwise they would say “That is because she is pretty!” — an excuse which might offset their lack of talents. But I am not alone, you might read Nancy Etoff’s “Survival of the Prettiest” for a more scientific explanation. 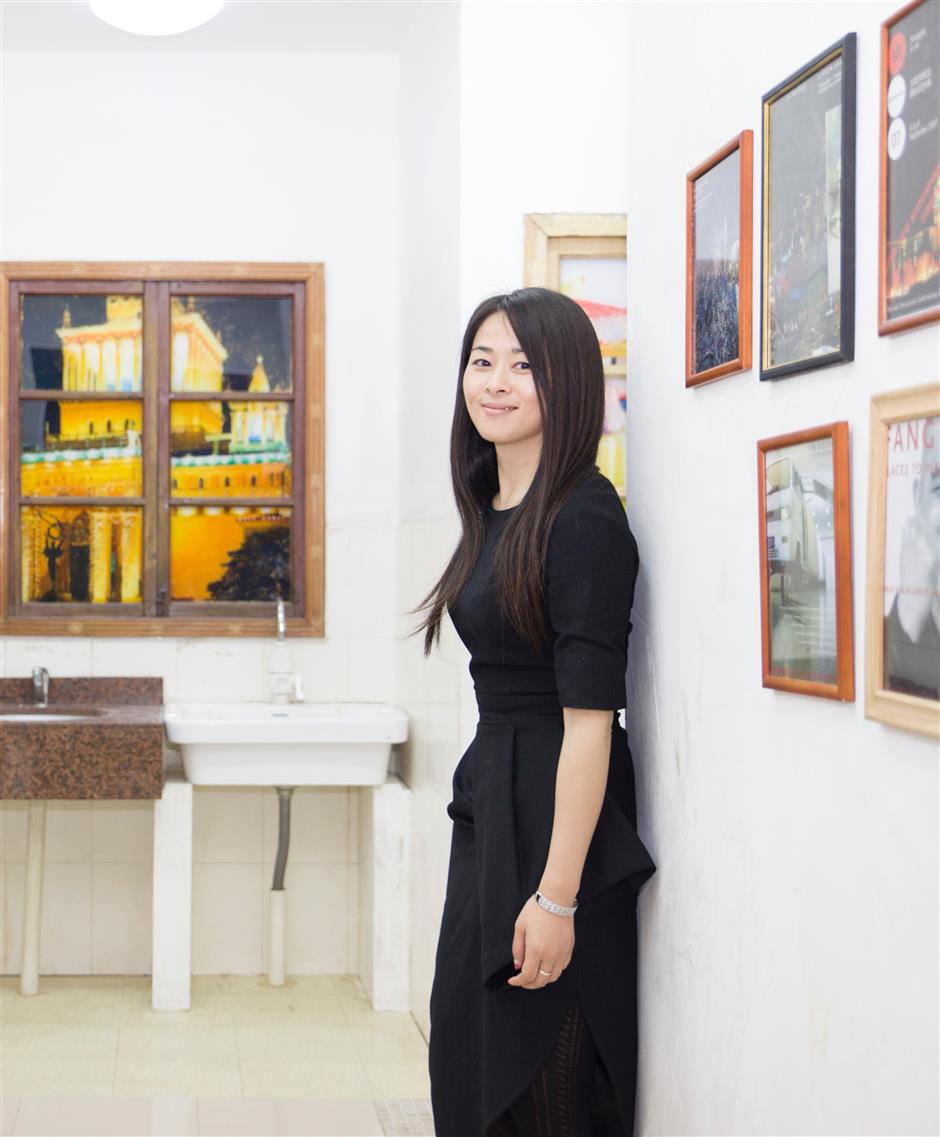 Zhang Bing is one of the few female curators in China’s contemporary art scene who always prefers to work with young emerging artists.