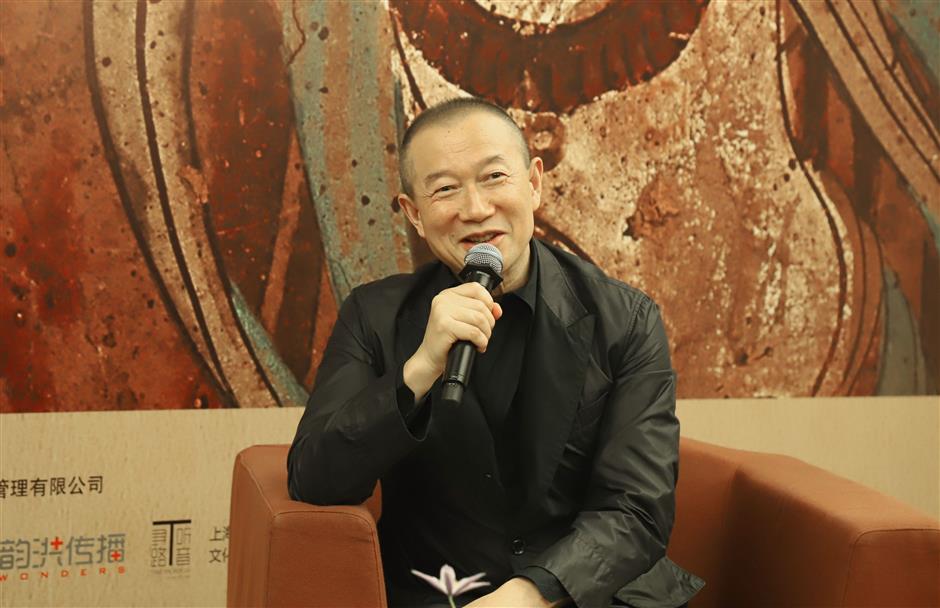 Tan Dun recalls his tours to the Mogao grottoes that inspired “Buddha Passion.”

Chinese composer and conductor Tan Dun stood in awe on his first visit to the Mogao Caves, the famed grottoes filled with ancient Buddhist murals near Dunhuang in northwest China’s Gansu Province.

He stayed for six hours, gazing at the ancient treasures that day. In the next six years, he returned 15 times.

His multiple visits and years of research into Buddhist art and ancient philosophy led to the creation of his oratorio “Buddha Passion,” which will be played at the Shanghai Oriental Art Center on June 20.

“I was not only amazed by the beautiful paintings, but moreover, the scenarios related to music from centuries ago,” Tan recalled his first trip and initial inspiration.

“Many of the paintings portray music scenarios vividly, with ancient musical instruments and sometimes even big ensembles. I was truly impressed and wondered what the sounds in the Dunhuang caves were actually like.”

He explored the hundreds of caves, which lay on the ancient Silk Road and now are a UNESCO World Heritage site. There Tan studied the music, the philosophy and the stories depicted on the walls between the 4th and 14th centuries.

Impressed and inspired, Tan vowed to try to reconstruct lost ancient instruments depicted on the walls and to transpose stories from the murals into music.

“The stories told through the murals carried on for thousands of years, teaching universal ideas about love, forgiveness, sacrifice and salvation,” Tan, 61, explained.

“These were the stories that our grandpas and grannies used in teaching us how to be a good person, but somehow they are not told as often today,” he added. “I want the stories to be carried on further.”

From the hundreds of stories, he picked six and made each a section of “Buddha Passion.”

The work, sung in Chinese and Sanskrit, is scored for seven soloists, choir and orchestra of both Western and traditional Chinese instruments.

Each of the six stories — “The Bodhi Tree,” “The Deer of Nine Colors,” “A Thousand Eyes and a Thousand Arms,” “Zen Garden,” “Heart Sutra” and “Nirvana” — are no strangers to Chinese audiences. Under Tan’s masterful interpretation, the musical sounds of the East and the West join forces, as they have done in previous works by the multicultural composer.

Each story is also given a subtitle that reflects its meaning: equality, karma, sacrifice, Zen, the Heart Sutra and heaven-earth-mankind.

“The Deer of Nine Colors” is one of the most famous stories from the caves. It was adapted into a popular animation in 1981, leaving memories in several generations of Chinese.

It follows a mythical multihued deer that saves a drowning merchant and asks him to keep its existence secret. Threatened by the king, the merchant betrays the deer and is punished for his deceit.

The composer not only translates the stories musically, but he also re-imagines the ancient music from multiple research trips to museums around the world, where he said he was deeply moved to see ancient Chinese musical notes.

He worked with experienced craftsmen to re-construct some of the lost ancient instruments depicted on the Mogao grotto walls, including a fantan pipa, or reverse pipa, a variation of the stringed Chinese lute featured in “Buddha Passion.” The pipa player, also a dancer, showcases both mesmerizing musical notes and fascinating dance in her solo.

“The Dunhuang paintings preserved the musical wisdom of the ancient Chinese, a remarkable people, and I thought it would be amazing to re-discover the shape, texture, color and pitch of the instruments depicted in the paintings,” Tan explained. “Would it still be possible to hear their melody and rhythm today?”

The composer’s ultimate goal is to reconstruct 12 ancient musical instruments and form an ensemble to play music from more than 1,000 years ago. Four of the instruments have been completed.

“Buddha Passion” premiered at the Dresden Music Festival a year ago, receiving a 15-minute standing ovation.

The epic work was commissioned by the New York Philharmonic, the Los Angeles Philharmonic, the Melbourne Symphony and the Dresden Music Festival, and has been touring the world. The Shanghai performance will be the first on the Chinese mainland. 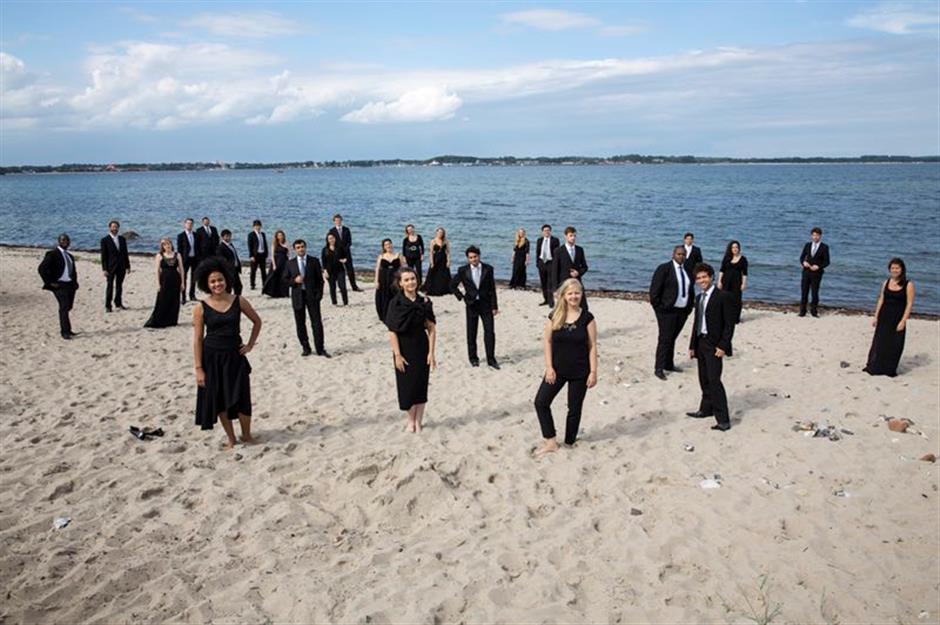 For the performance on June 20, Tan will conduct the National Orchestra of Lyon, the International Choir Academy Lubeck and Chinese soloists. The majority of vocal parts, including chorus, is in Mandarin Chinese. The European choir is said to have practiced so thoroughly that its members sing like natives.

“I was quite surprised when I first heard the choir singing it,” Tan commented. “Their pronunciation is probably better than mine, since I speak with some Hunan accent.”

On June 21, he will conduct the orchestra in a program entitled “French Rhapsody.” It includes Debussy’s “Rhapsody for Clarinet” and “Rhapsody for Saxophone,” Ravel’s “Bolero” and Tan’s own percussion concerto “Tears of Nature.” 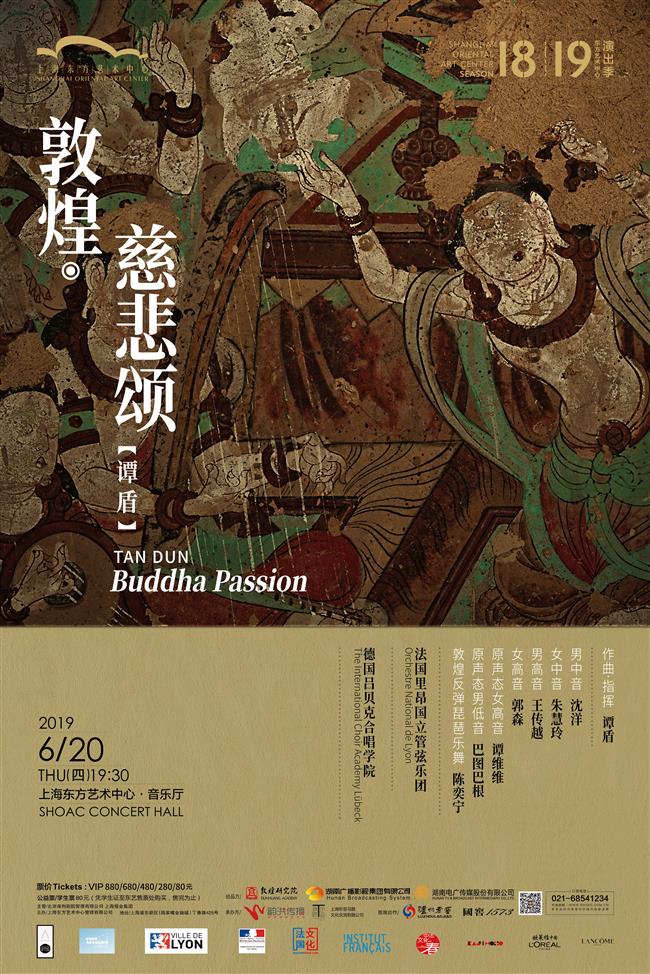