The largest cash prize in contemporary visual arts, the US$1 million Nomura Art Award, was announced in Shanghai for Doris Salcedo from Columbia.

Salcedo was chosen to receive the Nomura Art Award by a jury comprising some of the world’s most respected museum directors and curators, foundation leaders and art experts, including Allan Schwartzman, chairman of Fine Arts Division of Sotheby’s, and Max Hollein, director of the Metropolitan Museum of Art.

Speaking on behalf of the jury, Chair of Arts Council England Nicholas Serota said: “For more than 30 years, Doris Salcedo has been making sculptures and installations that capture the anguish associated with the loss of loved ones and preserve the memory of traumatic events in the long civil war in Colombia. However, her language has an empathy and her materials an everyday character that give her work a universal meaning that speaks to people across the world.”

Salcedo was born in 1958 in Bogota, where she lives and works. Her sculptures and installations carve out a space for mourning that is both poignant and insistent.

The Nomura Art Award will help Salcedo continue a major series of her works, titled "Acts of Mourning," which she has been creating since 1999. These ephemeral, large-scale works have been made with the collaboration of thousands of people and are intended to give the community symbolic tools to cope with the enduring pain of violent conflict in Colombia.

Nomura’s heritage of engagement with the arts dates to the company’s founding in 1925 by Tokushichi Nomura II, an avid practitioner of the tea ceremony and supporter of Noh theater. 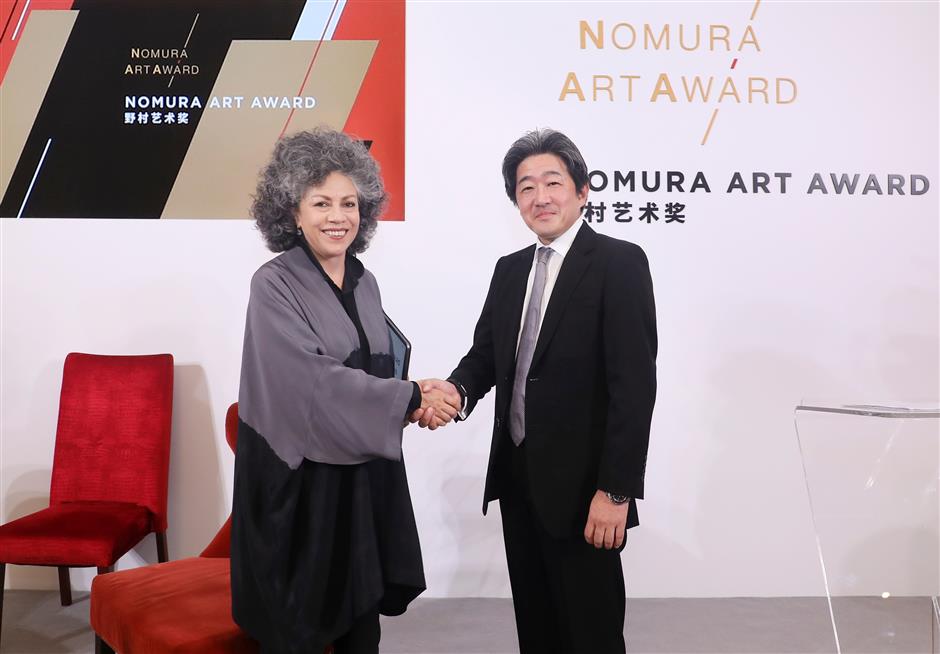