For calligraphy, you need the proper brush 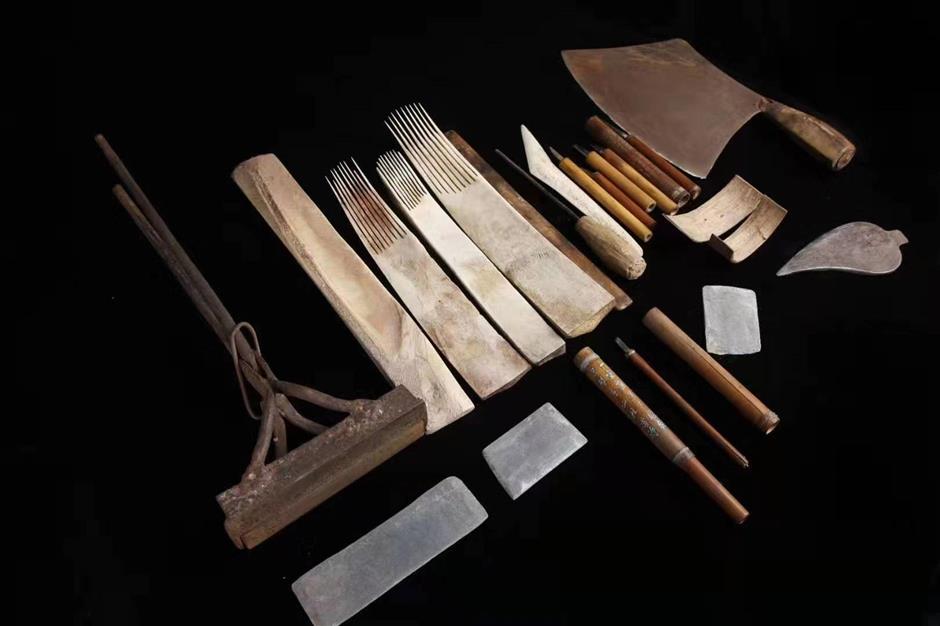 The right tools for the skilled hands

Several weasel tails lie on a table, waiting to be turned into calligraphy brushes by craftsman Li Shimei.

Li’s specialty is shuipen, one of the six major steps in making a weasel-hair brush at the workshop.

“A craftsman masters only one of the techniques, so a calligraphy brush requires the work of about five people,” said Zhu Xiaoyu, director of the venerated Hu Kuizhang Calligraphy Brush workshop. “We have only about 10 staff, including sales people, in our company. All we can produce is a dozen brushes a day.”

The workshop was founded by Hu Kuizhang in the Qing Dynasty (1644-1911). Hu was born in a Zhejiang Province county where brush-making had flourished since the Yuan Dynasty (1271-1368). He moved north to the city of Shenyang during the reign of Emperor Xianfeng (1831-61).

Hu’s first brushes were mainly made from goat hair before the entrepreneur shifted to weasel hair, which is stiff but flexible.

“Due to the natural environment, the southern school of brush-making is famous for its goat-hair brushes, while the northern school is known for its weasel-hair brushes,” Zhu explained. “Weasels were once locally hunted in winter, which is forbidden nowadays because of wildlife conservation.” 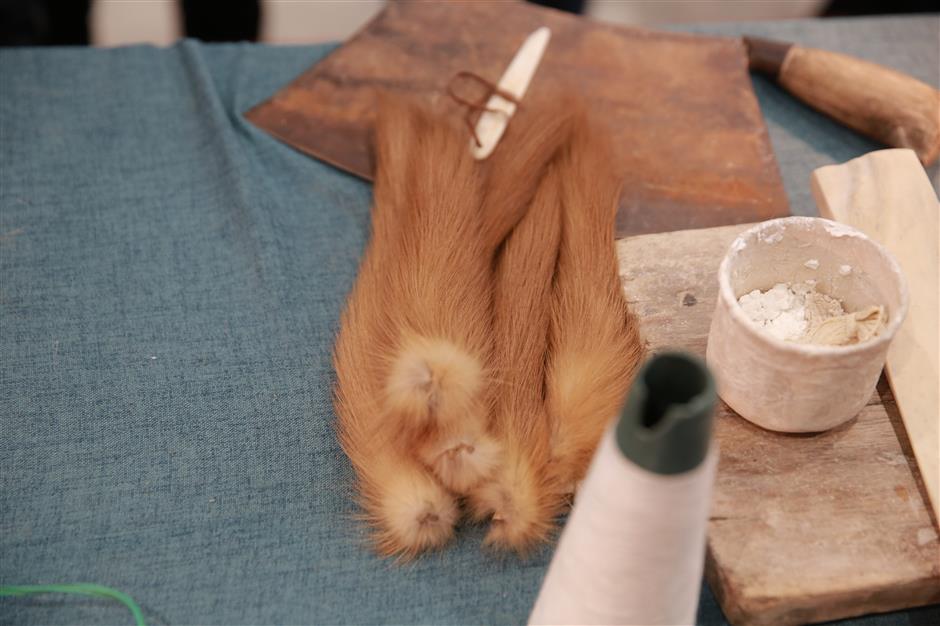 Only the middle part of the weasel tail is used to make calligraphy brushes. 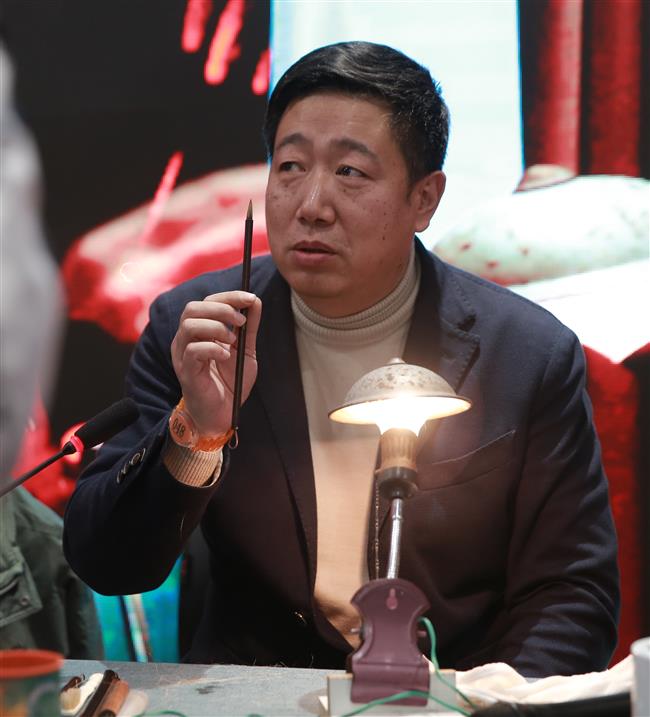 According to Zhu, the hunting time is crucial to the texture of the hair. The ideal time is the daxue period — a solar term that implies heavy snow. Weasels grow thicker coats of fur in winter.

“Only the middle part of their tails is used for writing brushes,” said Zhu. “The hair at the top of a tail is too short, while that at the bottom is dulled by touching the ground all the time.”

Apart from the strict criteria for the hair, craftsmen at the workshop also maintain a rare process that uses a plant called qing, or Indian mallow, as a base to combine with weasel hair. The hydrophilic plant contributes to the absorption of the ink and allows it to be more evenly distributed across rice paper.

“The technique is known as ‘living fossil’,” said Zhu. “It is as rare as discovering a dinosaur fossil.”

Lucky me. I got a glimpse of the traditional craftsmanship during a cultural activity organized by the Mindful Improvisation Co and the Shanghai Morning Post Huzhe Training School. It invites an array of famous craftsmen to display the “four treasures” of the calligraphic tradition.

Apart from the writing brush, other three are the inkstick, the rice paper and the ink stone.

Craftswoman Li, 56, has worked on shuipen for almost 30 years. Shuipen is translated as “basin,” an indispensable tool for her. Wetting weasel hair and qing, Li needs to use a comb made of cuttlebone to tease the hairs more than 100,000 times.

“In our tradition, an apprentice must observe a master for at least one year before practicing, and he or she is not allowed to ask questions during that time,” said Zhu. “It requires three to five years to master a technique.” 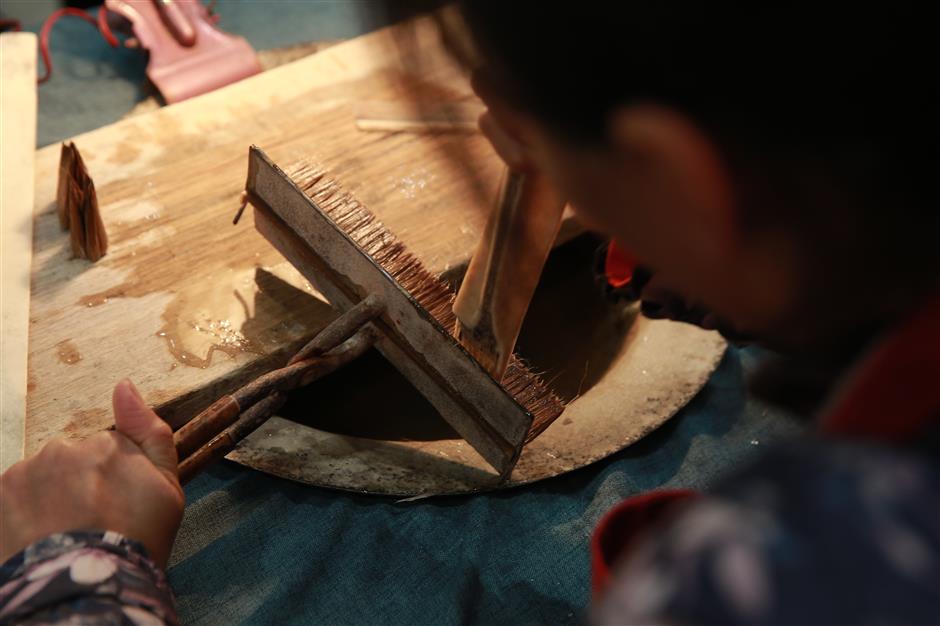 A craftsman uses a comb made of cuttlebone to tease the hairs. 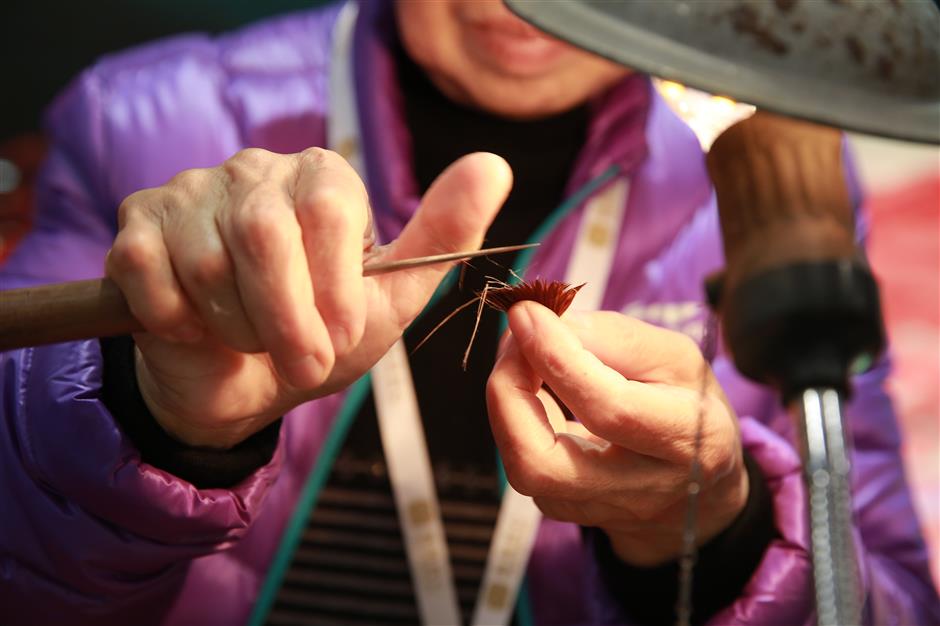 A craftsman trims the weasel hair.

Zhang Guoru, who has been working at the workshop since 1987, is responsible for the ganzhuo technique. After five years of practice, she became skilled at trimming the hair to create a perfect “bundle” shape.

“At the very beginning, I didn’t know how to recognize a qualified shape, which is hard to describe in words,” said Zhang. “For us craftsmen, experiencing and comprehending are significant.”

The trimmed hair is washed by Zhang five times, using a liquid that features three traditional Chinese medicinal herbs — goldthread, amur cork and Zanthoxyli Pericarpium, which is processed from Sichuan pepper. The herbs protect the hair from damage by pests.

The handle also needs careful crafting. The master of that technique is engraver Zhang Zhongxin, who has been writing calligraphy since his childhood. He often engraves poems on handles made of bamboo or red sandalwood.

“While carving, mind is more important than strength,” said Zhang.

According to Zhu, the workshop is probably the only one that continues to practice the traditional techniques of making writing brushes in China. The household workshop brings back memories of generations in Shenyang.

“Most local people like me knew about Hu Kuizhang calligraphy brushes since childhood,” said Zhu. “I often visited the workshop and was quite familiar with the staff. Seeing that it was at risk of closing, I and other patrons of the art took over the workshop.”

The most serious problem facing the time-honored workshop is preservation of the traditional technique. All of its four masters are 50 years or older, and the only apprentice is thinking of leaving, according to Zhu.

“We have had more than 20 apprentices, but all of them left due to lack of patience,” said Zhu. “However, I believe that someone will step forth to carry on the traditional technique in the near future.” 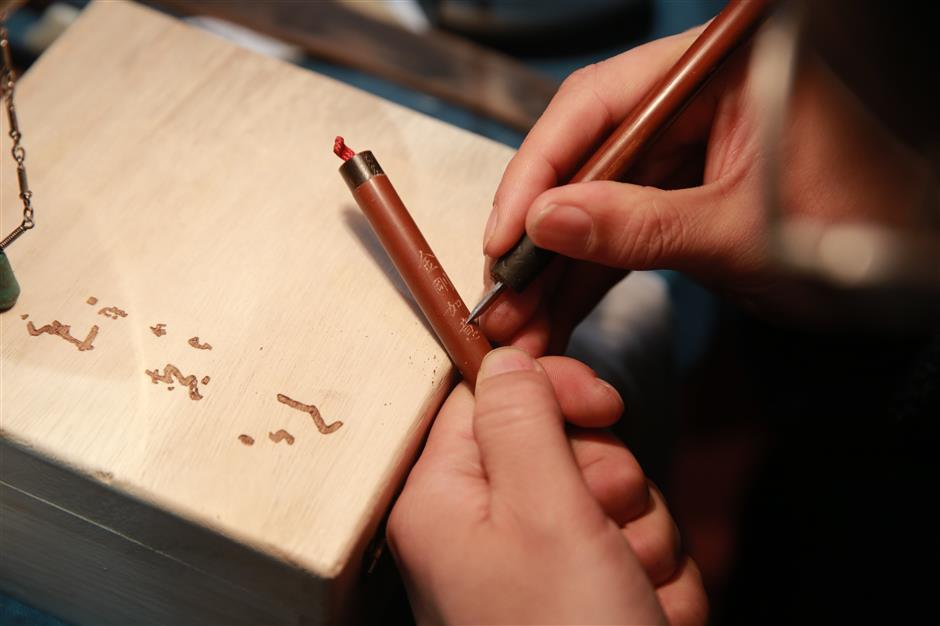 A craftsman etches Chinese characters on the bamboo handle of a writing brush.