As one of ancient China’s most celebrated generals, Yue Fei (1103-1142), is remembered for his grand military successes and for his integrity and loyalty to the emperor.

When Yue turned 15, the Jin nomadic group from the north invaded Han territory in the south during the Song Dynasty (AD 960-1279). The corrupt and incompetent Song government suffered one defeat after another, losing ground to the invaders.

Seeing his homeland being overtaken, the teenage Yue wanted to fight the invaders at the front. Before he left for the army, his mother decided to give her son parting words in an indelible way.

She asked Yue to take off the shirt, and with an embroidery needle tattooed four Chinese characters on his back: jing zhong bao guo — serve the country loyally.

“The piercing is very painful,” she told her son. “Are you afraid?”

Yue answered: “Mother, the little steel needle is nothing. How could I fight at the front if I’m afraid of it?”

After piercing his skin, she painted over the characters with a vinegar ink so that the words would remain forever.

Yue’s tattoo is an old household story in China, but whether it is true or not remains open to debate. There are no official or unofficial records about it in Song history.

The first version of the tale appeared in a novel about the general during the Qing Dynasty (1644-1911). It might have been an expression of the author’s imagination, given the admiration that Yue accrued over the centuries.

Yue’s life, in reality, is a sad story. His accomplishments prompted jealousy among court officials, who framed him and sentenced him to death on trumped-up charges.

Yue’s heroic deeds lived on, however, in novels, operas and movies.

Opera painter Zhu Gang’s painting revives the scene when Yue’s mother is about to tattoo him. She holds the needle high up, with her mouth open, as if telling her son something encouraging. Yue stares at the needle with steadiness in his eyes. 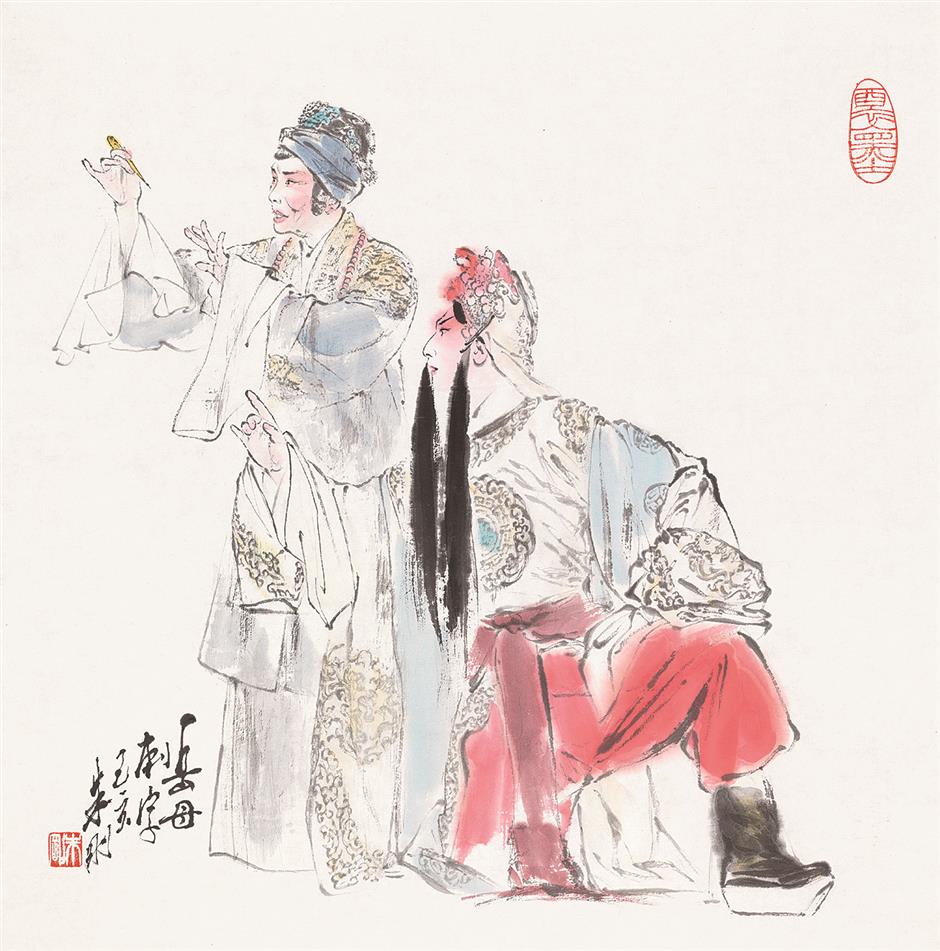