Dang Ma was an episode of “The Generals of the Yang Family,” a collection of folklore, plays and novels on the Yang military family during the Song Dynasty (AD 960-1279).

At the time, the family was devoted to fighting northern Liao intruders.

Yang Qi, the family’s eighth child, disguised herself as a man and ventured into Liao territory to gather intelligence. On her way back, she stayed at a small inn for the night. The owner Jiao Guangpu, a Song native exiled in Liao territory for years, stopped her horse and tried to steal her wooden waist identity card to help him return to his homeland.

Yang thought the man was a spy and drew a sword, trying to kill him. The two fought bitterly until Jiao realized who Yang was. He dodged her attacks and finally found the opportunity to explain himself. They went back home together in the end.

Opera painter Zhu Gang captures the moment of their battle. Yang, dressed in a pink scarf and boots with a tiger pattern, presses her sword hard against Jiao’s neck. Jiao, in a blue cotton sleeveless jacket and black hat, half-squats on the ground to resist the attack with his bare hands.

Yang, in a man’s disguise, is depicted as the symbol of masculine bravery, with feminine elegance. Jiao is depicted as witty and fearless, burning with a desire to return home.

The Yang family had eight sons and two daughters. The sons were all famous generals; their wives equally tough warriors. Stories about the invincible family have been retold in folk tales, murals, paintings, stage plays, operas, novels, comics, films and television dramas.

Numerous memorial sites, including temples and tombs, have been built over the centuries across China to commemorate the family, but many bear no realistic relationship with the actual family. 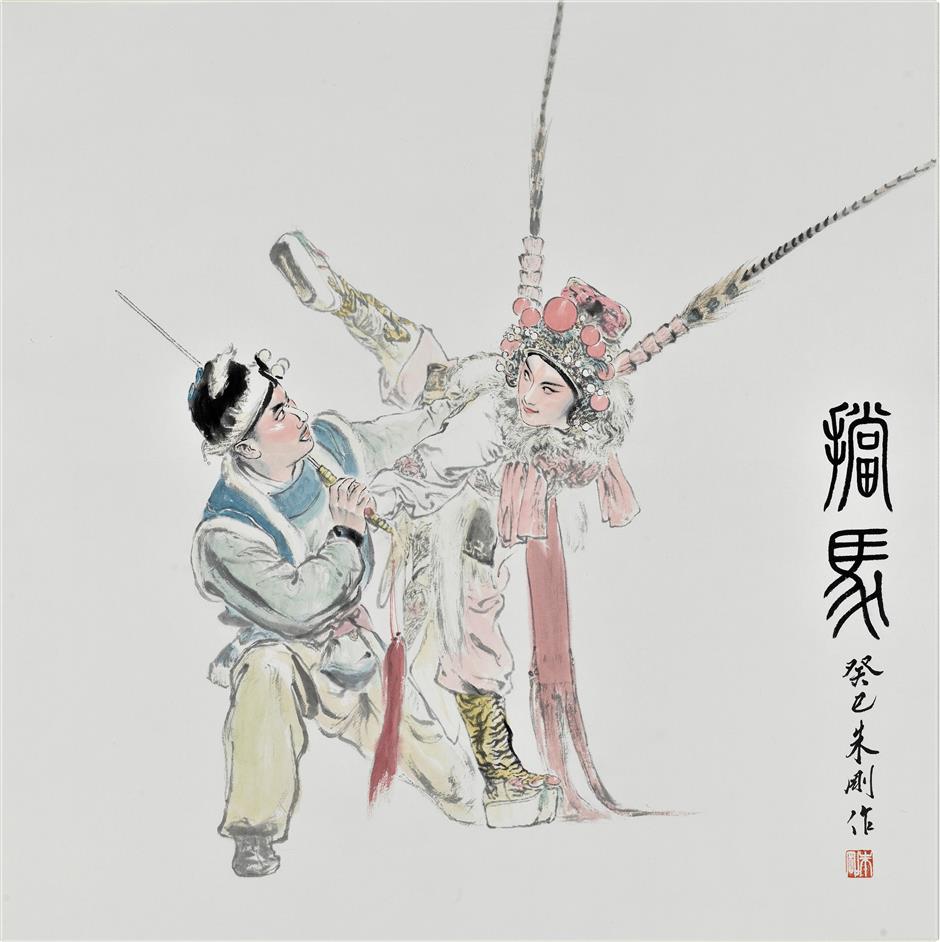