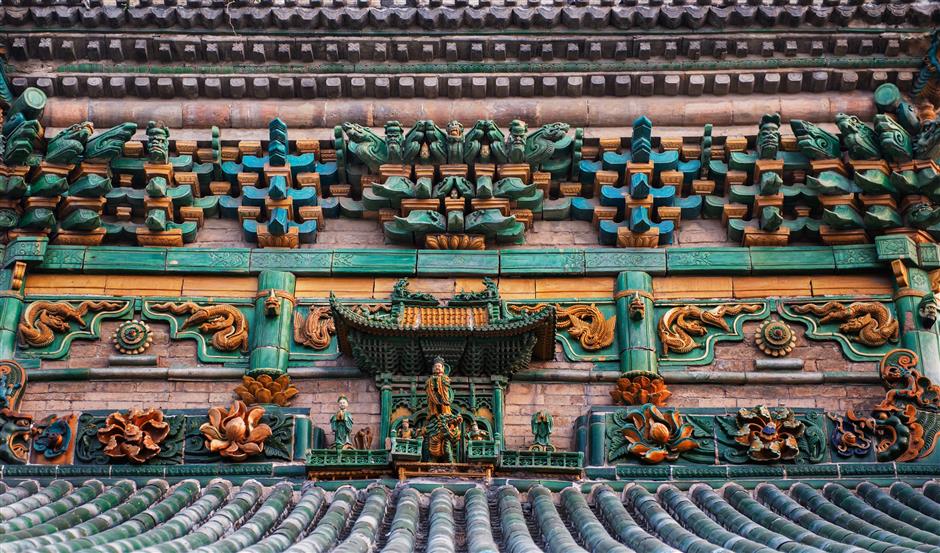 Guangsheng Temple is located at the southern foot of Huoshan Mountain of Hongtong County, Shanxi Province.

The monk that swept the Feihong Pagoda floors all day long to show his piety in the 1986 TV drama “Journey to the West” has been embedded in the memory of almost all viewers.

The scene is from a novel by Wu Cheng’en of the Ming Dynasty (1368–1644). The book is based on the true story of a 7th-century Buddhist monk, Xuanzang, (AD 602–64) and his pilgrimage to India in search of sacred texts.

The pagoda the monk swept is in Guangsheng Temple, a Buddhist shrine located at the southern foot of Huoshan Mountain of Hongtong County, Shanxi Province.

The temple was first built in AD 147 but rebuilt in 1305 because of an earthquake. Divided into an upper temple on the mountain top and a lower temple on the foothills, most of it was constructed during the Yuan Dynasty (1271-1368) and Ming Dynasty.

The 13-floor, octagonal tower was built of green bricks, with eaves on each level. Decorated with yellow, green and blue glazed glass from top to bottom, the first, second and third floors boast a beautiful dou gong, or bracket set, and big pillars carefully carved with Buddha statues, flowers, birds, dragons and auspicious animals.

Exquisitely made, they still take on fresh colors today. Bronze bells are hung high on the eaves, ringing pleasantly when a breeze blows over. An iron Dharma wheel, 34 kilograms in weight, sits on the top of the pagoda, inlaid with a windmill copper brake.

There is footpath that people can take to climb up to the top.

The Feihong Pagoda even survived a magnitude-8 earthquake in 1695 recorded in the Qing Dynasty (1644-1911) annals. 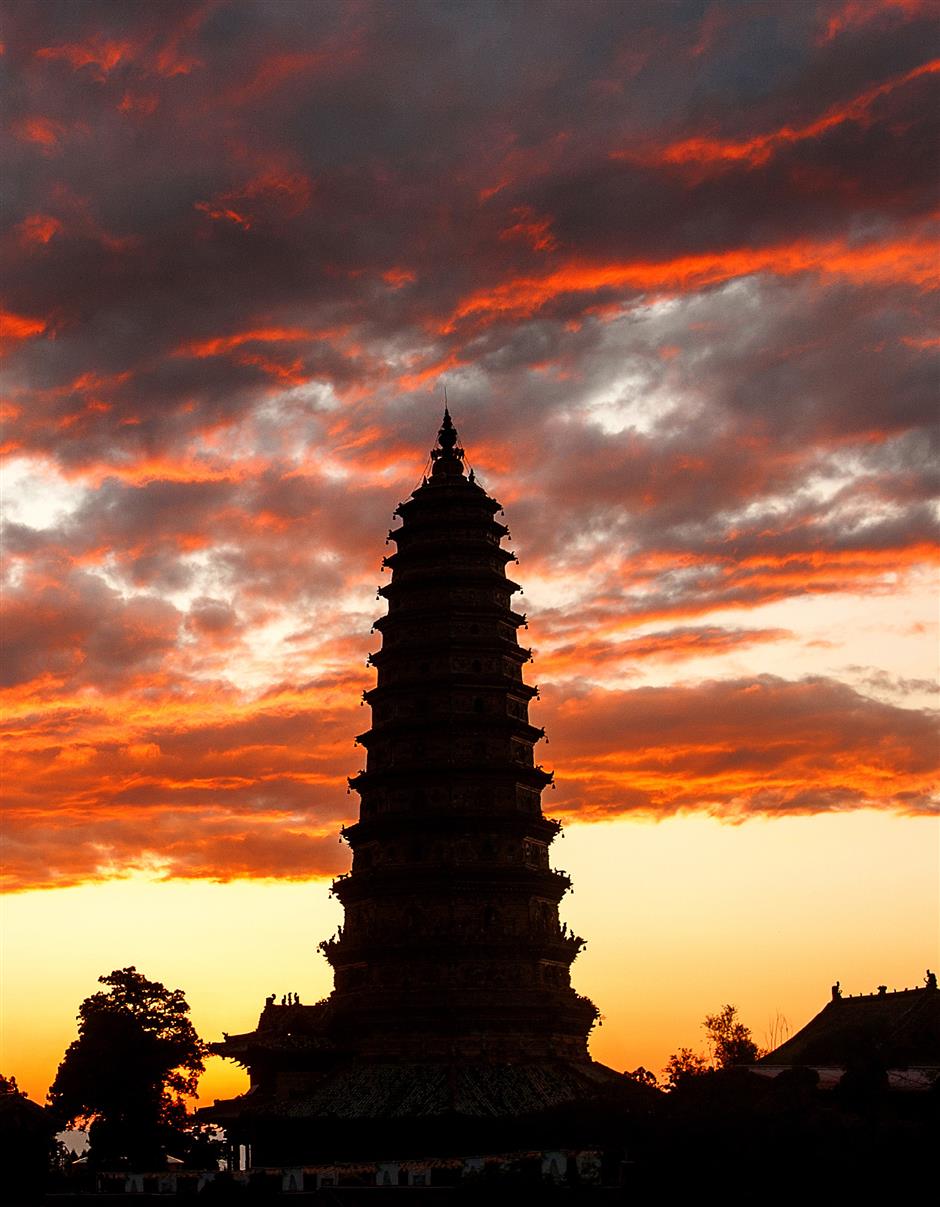 The 13-floor, octagonal Feihong Pagoda survived a magnitude-8 earthquake in 1695.

A stream flows down from the nearby Huoshan Mountain, forming a deep pond, Huoquan Spring Water, by the temple, which has been irrigating the farming lands since Tang Dynasty (AD 618-907).

However, every coin has two sides. The benefiting pond caused fights between farmers living in the nearby Hongtong and Zhaocheng counties.

According to the annuals of Shanxi Province, two villages fought for the ownership of the spring water, which lasted for several centuries. They even cut off all ties from each other and young people were not allowed to intermarry.

In 1725, the local governor Liu Dengyong made the judicial decision that the water area’s 30 percent belonged to Hongtong, and Zhaocheng owned 70 percent. To enforce the ruling, a kiosk named Fen Shui (water splitting) was set up on the borderline. Today it has been an ideal spot to enjoy a water view.

One mural on the southern wall depicts artists performing zaju — a form of Chinese opera particularly associated with the Yuan Dynasty — on stage.

It presents a scene showing 11 performers answering a curtain call. Women are dressed as men, and the artists wear beautiful costumes, head decorations and heavy beards, holding a banner in the upper part of the painting, which reads: “Artists are giving performances here.” The mural offered rich material for historians researching Yuanqu Opera and ancient China’s performing arts.

On the western wall, there is a mural of a chess board and pieces used 700 years ago.

A little further to the north, there is a mural of chuiwan, a sport that resembled modern golf.

China has numerous Buddhist temples, but Guangsheng Temple stands out with its “Zhaocheng Jin Tripitaka” — China’s earliest and most complete surviving Buddhist scriptures in woodblock print, which took craftsman 24 years to carve and print from 1139. Its discovery was full of drama.

Though it was left with less than 5,000 volumes (the complete canon should have 6,980 volumes of text), the discovery still stunned the country at the time due to its values in philosophy, history, language and literature, apart from Buddhism.