Balance the world with a childhood pastime

Riding a seesaw might be great fun in one’s childhood, but artist Shen Lieyi refreshes this childhood pastime into something adults can also appreciate.

More than a dozen of Shen’s seesaw-themed installations were recently unveiled at the opening of the Mamman Art Museum in Jianshan Village, Anji County of Zhejiang Province.

Unlike other installations in the museum, Shen’s seesaws are displayed away from it — at locations including the entrance to the village and nearby grasslands. Interestingly, the seesaws blend in so well with their surroundings that it almost seems like they’re in their natural environment.

“To some extent, Shen’s seesaw installations are pieces of entertainment, yet they are more like an energy interaction field,” said Lin Shuzhuan, curator of “Contemplation and Empathy — a world in balance,” the title of Shen’s solo exhibition. “Regardless of form or energy, the installations are an endless cycle from one end to another.”

Born in Hangzhou in 1969, Shen graduated from the China Academy of Art’s Department of Sculpture in 1995. He’s known for creating interactive art in the simplest way possible.

His “Seesaw” series was inspired by the word itself and is chock full of paradoxes. People riding the seesaws can barely see one another, and the dynamic between see and saw is almost invisible.

He purposely created a “looking without seeing” effect using solid walls, mirrors, reeds and plants to obscure eye contact between the riders. 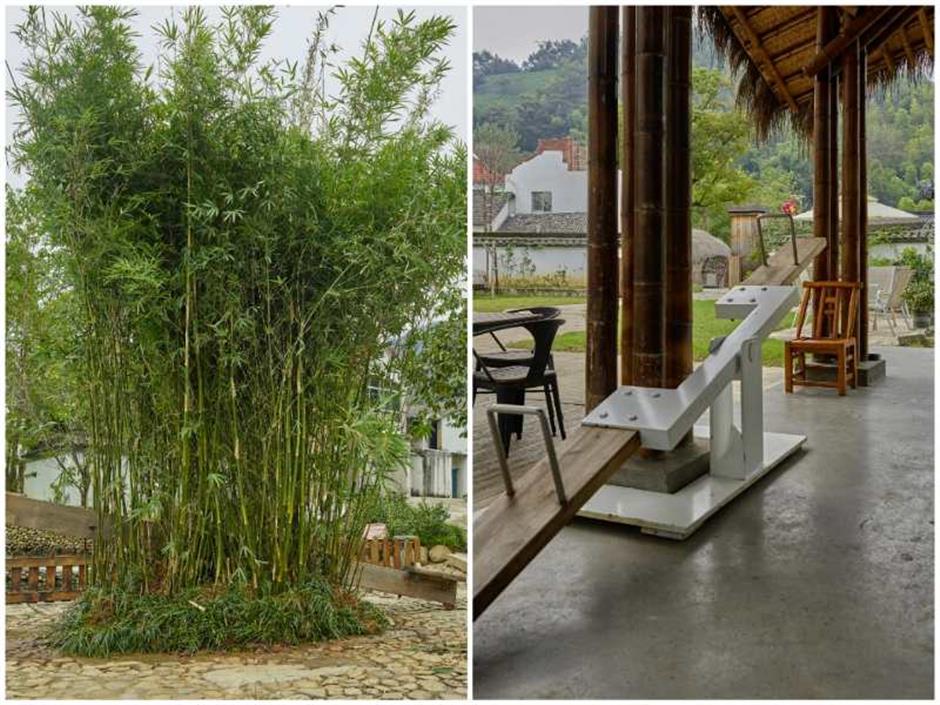 Sometimes the pillars of a pavilion (right) or a shrub of bamboo (left) block most eye contact between the riders on the seesaws.

“When we played on seesaws as children, eye contact was direct and straightforward,” Shen said. “But in today’s digital era, we bury our heads in our mobile phones. Sometimes we don’t even talk to one another when we’re under the same roof. We might message our spouses, friends or children even if they’re in the next room. Eye contact between people — one of the most common forms of communication — seems to be fading.”

If the core of contemporary art is anti-commercial, anti-museum and non-material, few artists achieve that mission.

Shen never deliberately emphasizes the difference between vulgarity and elegance. He maintains a close relationship with ordinary life while actively exploring the possibilities of public art.

“All I hope to do is shorten the distance between art and life,” he said. “Why must art be some luxurious thing restricted to the inside of museums and galleries? Artworks should be practical things that can be used and touched. I hope to bring art back to our lives and back to something that can be placed under our buttocks.”

The “Seesaw” series is infused with humor, easiness and entertainment. They may seem common, but the seesaws stimulate a visceral reaction from viewers, especially because they’re displayed in a small village where mountains, trees and grasslands serve as the backdrop.

For Shen, the human condition is an eternal subject for artists.

“In my eyes, the responsibility of an artist is to provide feedback for different human conditions,” he said. “And I choose to echo that with a more humorous and entertaining style.” 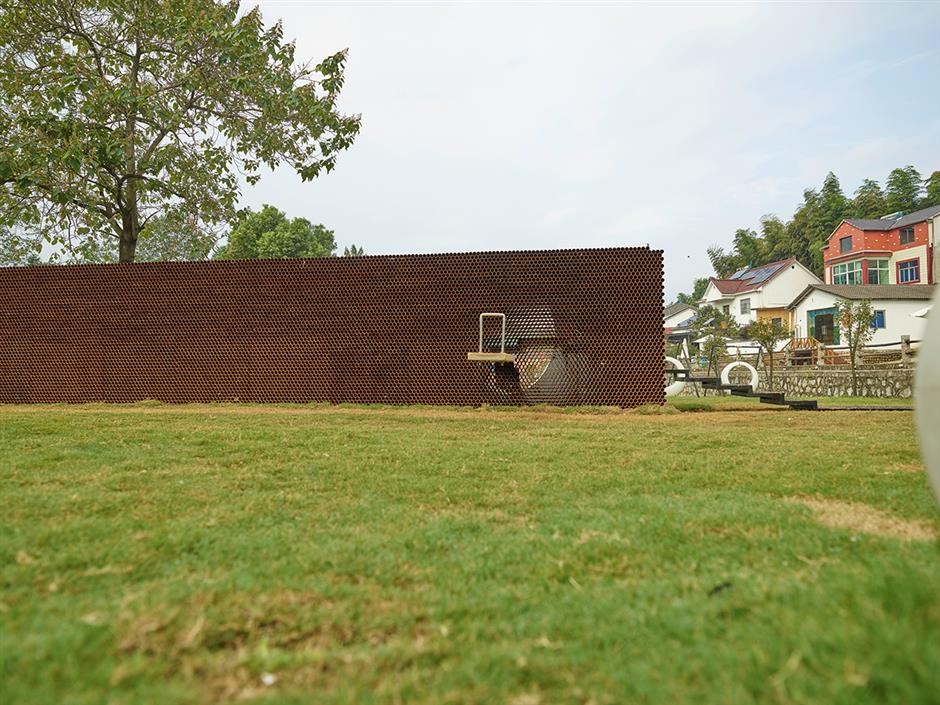