Morphing any painting style into his own 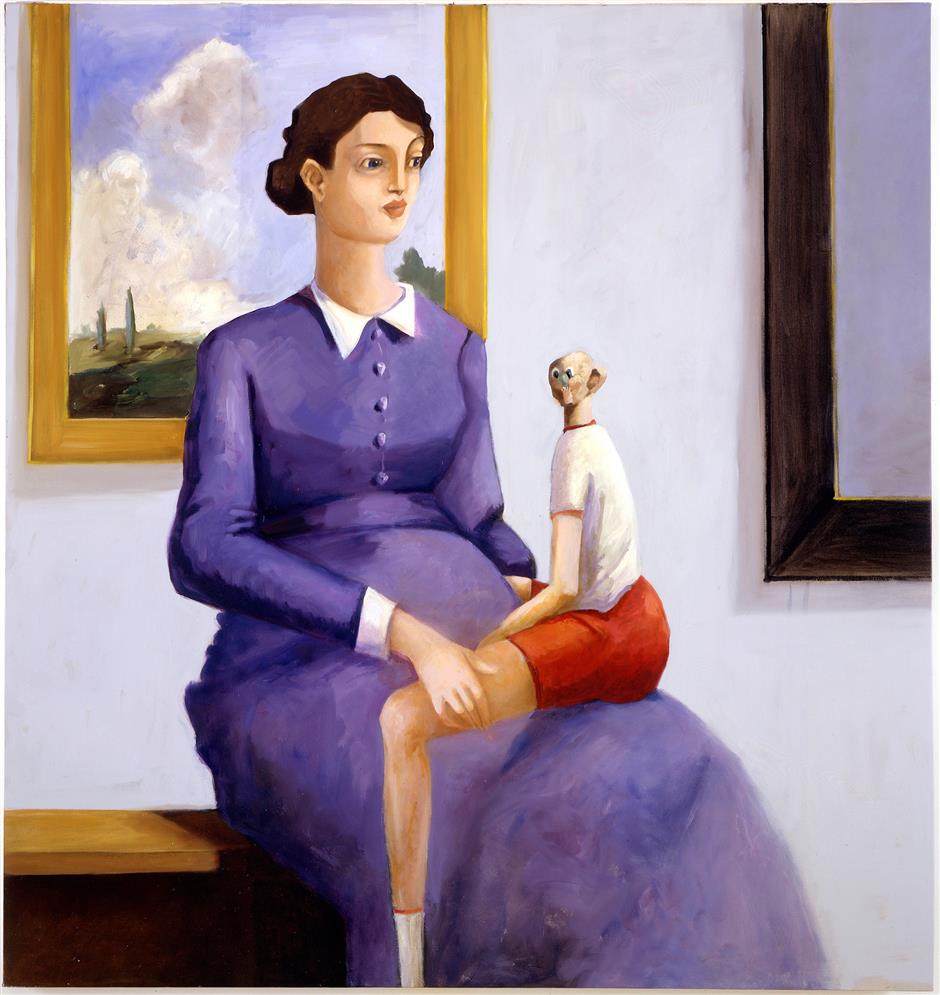 The largest solo exhibition in Asia by George Condo "The Picture Gallery," currently on display at Long Museum (West Bund), unveils the stunning virtuosity of the artist and his ability to morph any historical painting style into his own.

The exhibition features more than 200 paintings, sculptures and drawings from throughout his career.

Visitors are presented with various series he created in different periods since the late 1970s, including many rarely seen works and some of his most celebrated paintings. In fact, Condo was among the pioneers to herald a critical return to painting after decades of conceptual art practices.

"What we do as artists is to throw ourselves someplace where mistakes can become the entry point to a new language. The hardest thing is to become someone else.

"Nobody is watching, and still it is so hard to let go and learn to speak in another voice. It is so hard to find that voice that is within yourself, but that makes you sound like a stranger to yourself. For me, painting is about discovering someone else within me," Condo once said.

Curated by Massimiliano Gioni and designed in collaboration with world-renowned architect Annabelle Selldorf, the exhibition underscores Condo's fascination with the world of music and melodrama in particular.

It begins with his new series "Blues Paintings," with musical references ranging from blues to free jazz to "compose an elegy."

To Condo, the series combining free gestural interventions with figurative notations "are a lamentation for the return to the so-called new normal" in the wake of months of lockdowns and restrictions during the COVID-19 pandemic.

Born in New Hampshire in 1957, Condo moved to New York in 1979. By the early 1980s, his specific approach to painting combined influences from cubism, surrealism and other 20th-century avant-garde movements with cartoon characters and vernacular imagery, creating a new kind of figuration that Condo defined as "artificial realism."

In his eyes, "all language and time periods exist simultaneously. Painting needs to be understood in a non-linear way, not as a part of a chronology but as connected to a complex system of unexpected results.

"Every painting, every mark on the canvas, is in constant dialogue with the paintings and marks that preceded it, and each work reactivate entire centuries of art history. In art, everything keeps happening at the same time. Today, 300 years ago, or 1,000 years ago, the dialogue never stops."

For example, in his "Neo-Renaissance" series, Condo once again blends technical skills with an irreverent approach to tradition. He portrays official hermits and saints, but with his own art language and symbols.

Visitors might be amazed by Condo's vitality and creativity in the making of such a series among his vast oeuvre.

If one is cautious enough, he might also find Condo's "Black Paintings" series was indeed created in three different periods.

The artist began creating the black paintings in the late 1980s as a way to confront the sense of mourning and loss that surrounded the AIDS crisis and the premature deaths of his friends Jean-Michel Basquiat (1960-1988) and Keith Haring (1958-1990).

Almost a decade later, his second group of black works "Mental States" were created around the 9/11 terrorist attacks.

It seems the "Black Paintings" series is Condo's "spiritual cure," as the last cycle of black paintings was completed just before the pandemic. At the time he underwent heart surgery, and the doctor showed him a black and white X-ray image of his heart, explaining where the arteries were about to snap. Condo kept that image and began a cycle of works in which geometric lines were scratched into the texture of various fields of black using the back of a brush.

Another highlight of the exhibition is his "Melancholy Women" series.

Throughout his career, Condo has painted numerous portraits of pensive women caught in moments of melancholic "surrender to life." Inspired by centuries-old traditions that range from Renaissance scenes to Picasso's weeping women, his portraits imagine his characters as both allegories and mundane figures caught in the drama of everyday life.

Here, the artist recalls memories of his family. He grew up in a huge family on his mother's side. His mother was Irish and had 12 sisters, all of whom died one after the next from some kind of disease.

As a child, Condo went to many funerals and wakes, and some of the feelings from those experiences seem to have seeped into the minds of characters in his paintings.

The exhibition ends with a display wall of more than 70 drawings, starting from sketches drawn when the artist was just a teenager up to a series of detailed studies for his paintings and recent large scale works. 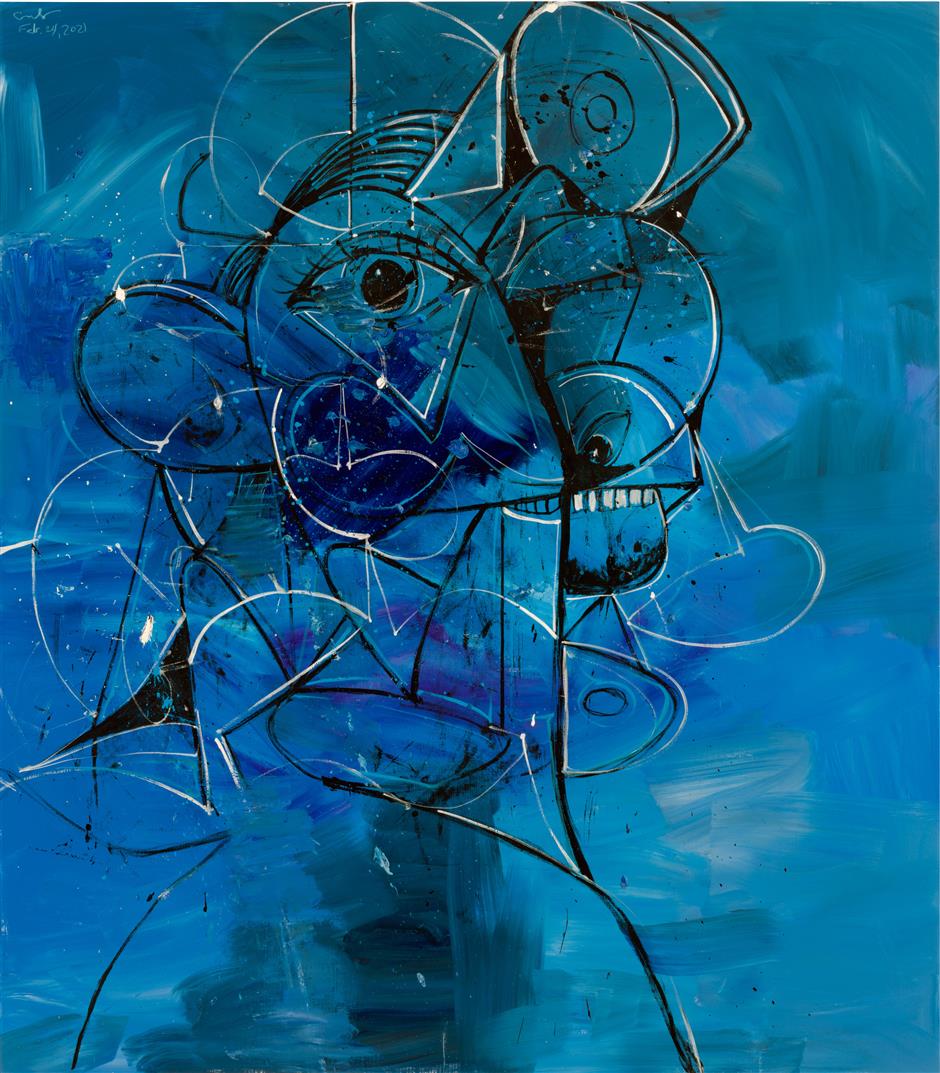 Special Reports
﻿
Morphing any painting style into his own
Machines and handicrafts in artistic form
Pioneer of local silkscreen block printing
Residence a tribute to assassinated press magnate
Celebration of historical port in Songjiang
Manga festival sees deals worth US$74m signed
Showtime where you least expect to find it
Art inspired by video games and sense of space
Serving up camaraderie with a cup of tea
ART021 opens another art fair, this time in Shenzhen
EXPLORE SHINE