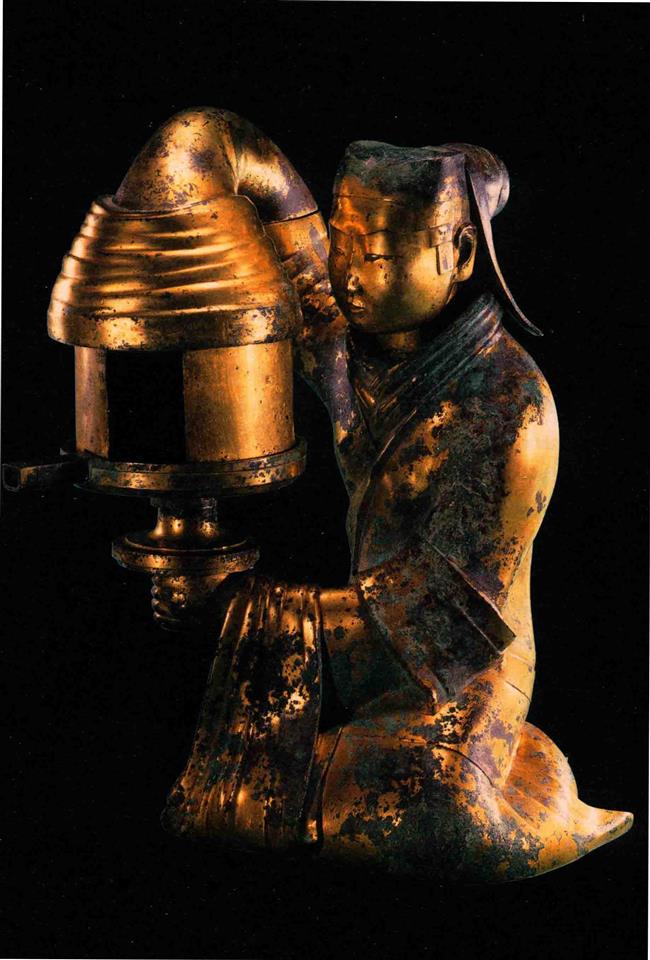 When former United States Secretary of State Henry Kissinger visited China in 1971, he stopped at a cultural relic – a lamp – and said Chinese people were so extraordinary that they had environmental protection concepts more than 2,000 years ago. He added that the cultural relic was probably the world's earliest eco-friendly lamp.

The bronze oil lamp from the Western Han Dynasty (206 BC-AD 25) was unearthed from the tombs of Prince Liu Sheng, the son of Emperor Jing of Han (188-141 BC), and his consort Dou Wan in today's Baoding in Hebei Province.

The lamp is designed in the form of a barefoot maid kneeling down and holding an exquisite lantern. Weighing around 16 kilograms, the lamp is 48 centimeters high.

With thin eyes, long eyebrows, a headdress and round face, the maid is dressed in a long robe. Her left hand holds a tray while her right hand, which is covered by a loose sleeve, carries a shade.

Intriguingly, her right arm also acts as an exhaust pipe. The candle smoke flows through her arm into her hollow body where water is stored, which dissolves soot and prevents the lamp from polluting the indoor air.

With two curved, movable shades, the direction of light and brightness of the lamp are adjustable.

The lamp holder, tray and shades can all be disassembled, and the opening at the bottom makes it easy to clean.

Based on residue in the lamp, experts determined ancient people used animal fat to produce fuel. 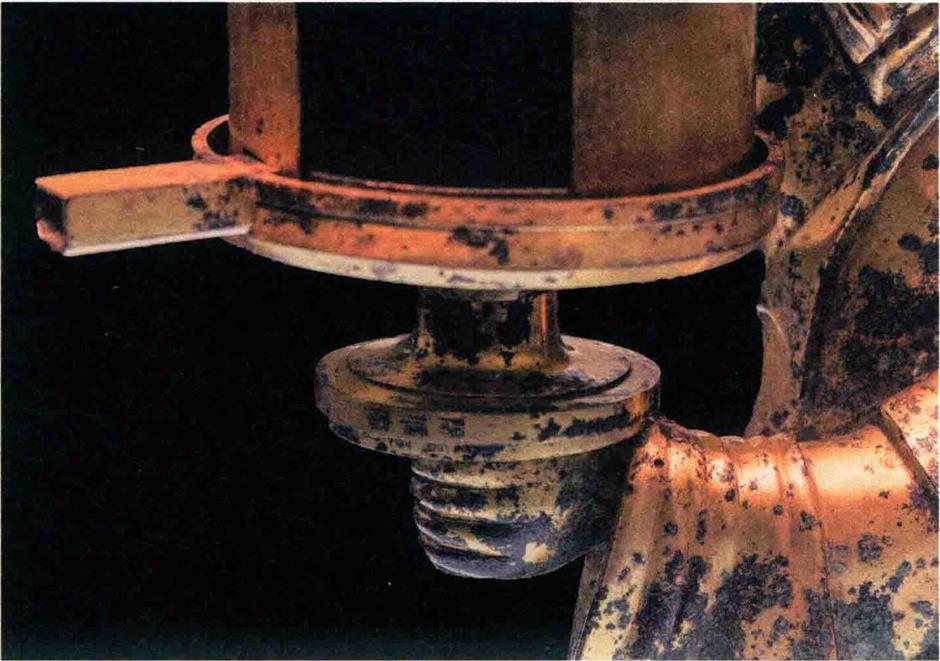 The direction of light and brightness can be adjusted by two movable slides.

Discovered in 1982, the tombs contained more than 2,700 burial objects. Rocking the world, the discovery was listed as one of the top 10 archeological discoveries of the 20th century in China.

Epigraphs inside and outside the lamp tell the complicated story behind the national treasure.

The lamp features nine inscriptions, which contain 64 words. Six of them include the words "Yangxin family."

Yangxin was the title of Liu Jie, who was conferred the honor of marquis by Emperor Wen of Han (202-157 BC), father of Emperor Jing.

It turns out the lamp was originally made by Liu. As Liu was stripped of his title during the reign of Emperor Jing, the lamp was confiscated.

However, there is another version about the "Yangxin family," which some experts believe refers to Princess Pingyang, the eldest daughter of Emperor Jing. Her official title was Grand Princess Yangxin.

No matter which version is correct, it is certain that the palace lamp was later transferred to Changxin Palace where Empress Dou lived.

The lamp is also inscribed with words meaning "Changxin Palace bath," implying the lamp was once used in the bathroom of the royal family.

Empress Dou was the mother of Emperor Jing. It is believed the lamp was sent as a gift by the empress to Dou Wan.

Displayed at the Hebei Museum in Shijiazhuang, it is listed as one of the cultural relics prohibited from being taken out of the country for exhibition.

A replica of the national treasure was exhibited at the Hebei Pavilion during the Shanghai Expo in 2010.

Signifying peace and solidarity, the flame arrived in Beijing in October.

﻿
Special Reports
﻿
61843
,
Ancient eco-friendly lamp dazzles and inspires
Reflections of spiritual and religious beliefs in a new era
Urban hide-and-seek art adventure at THE INLET
Separate cultures, common rituals of ancient China on display
Multimedia art in its most cerebral form
Pulse of the modern world as interpreted by artists
Normandie Apartments: More than an Internet sensation
Where infinite space intersects with perfection
When a line is not just a line
Detailed look at how pioneering artist 'arrived here'
EXPLORE SHINE