Hu Chenyun performs "All I Want for Christmas is You," in which he tried some saxophone techniques with the suona.

On Chinese streaming sites, the suona is widely referred to as the "mafia instrument," or "king of all instruments," one whose distinctively loud and high-pitch eerily evokes a "sound from the underworld."

This Chinese double-reed horn has such a penetrating sound that many people see it more as a functional rather than artistic instrument.

Imported to China through the "Silk Road" from around the third century, the instrument was extensively used for military or ritual purposes in ancient times.

Hu Chenyun, chief suona player for the Shanghai Chinese Orchestra, is determined to change the horn's stereotype and explore its higher artistic horizons.

"It is a fascinating instrument that has so much potential," he told Shanghai Daily, shortly after a rehearsal for his upcoming concert.

"That's exactly why I invited three composers from different areas in China, and with very different styles, to write for this concert."

While it is rare to perform a dedicated suona concert, it is even more so for it to consist solely of newly commissioned concertos, each of about 20 minutes.

Hu has had many in-depth discussions with each of the composers, in some cases over a few years, without putting any limits on theme, style or length so that "the possibility of the suona can be fully tested."

The result is one piece inspired by Sichuan Opera (notable for its face-changing stunts), another portraying seven phases of the Monkey King, and a third on the spiritual motif of mountains, rooted in centuries of scholarly tradition and philosophical discussion of man and nature.

"Some musician friends reminded me of the risk, and I'm well aware of it. After all, there haven't been that many new commissions for the suona, not to mention long pieces like these," he said.

"But it is also something I've long wished to do. We ought to create new sounds and memories for these centuries-old instruments, or their artistic lives will cease to exist." 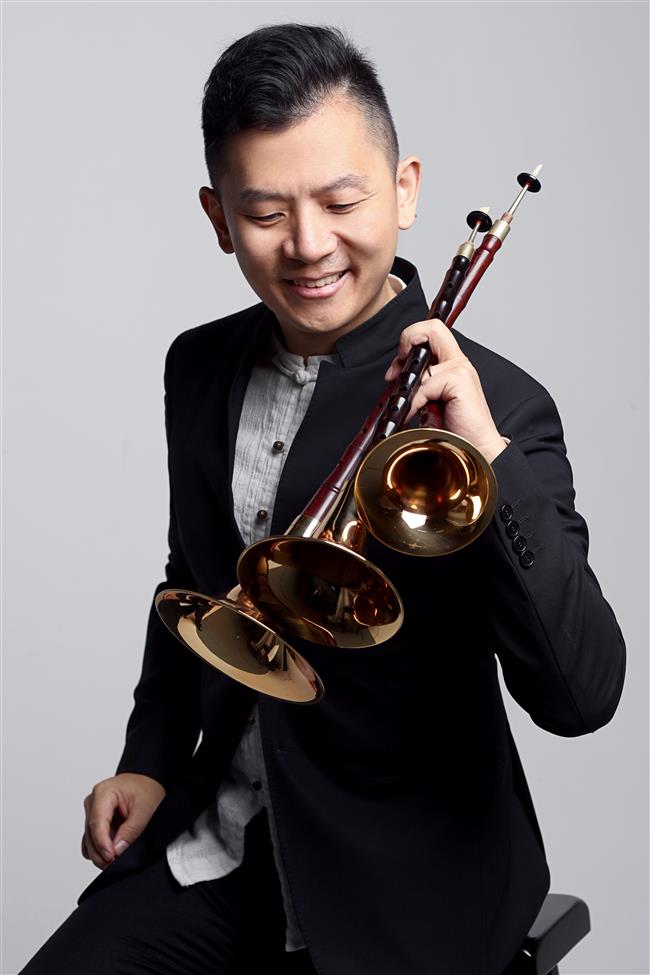 Suona is often known as the "mafia instrument" or "king of all instruments."

It holds true for all traditional art, and is considerably more challenging for the suona. Known to many as "the instrument for red and white matters," it is still performed at weddings and funerals in northern Chinese areas like Shandong and Hebei provinces.

This grassroots feature is both an advantage and disadvantage, according to Hu.

"Everyone recognizes the sound," he explained. "But then many people only associate it with loudness, rituals or being functional. Thanks to social media platforms, now we have more channels to reach audiences. The suona has actually become an e-celebrity." 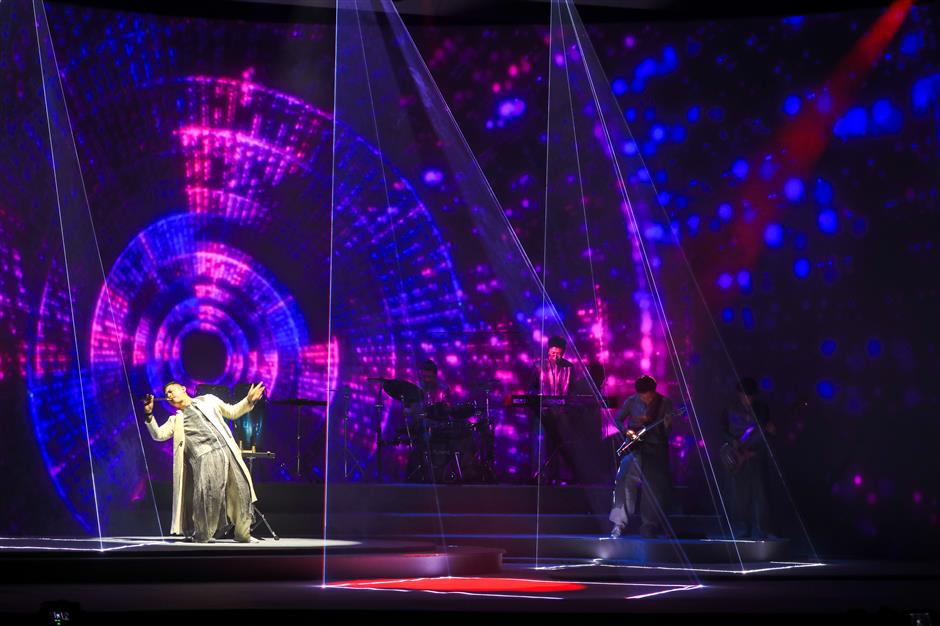 Hu plays suona with rock bands in a multimedia concert.

One of the most popular music vloggers on streaming site Bilibili is a suona player who performs all kinds of familiar songs with the instrument. His popularity is largely rooted in a strange audio-visual combination – a suona player dressed all in black like a ninja.

The most famous suona music, "Song of Phoenix," is a fascinating piece in which the performer imitates the sound of dozens of different birds with the instrument. But Hu, who has performed it thousands of times in over 40 countries, yearns for something that can better resonate with today's audiences.

"But these sounds can't resonate with the Internet users of today who didn't grow up listening to these operas." 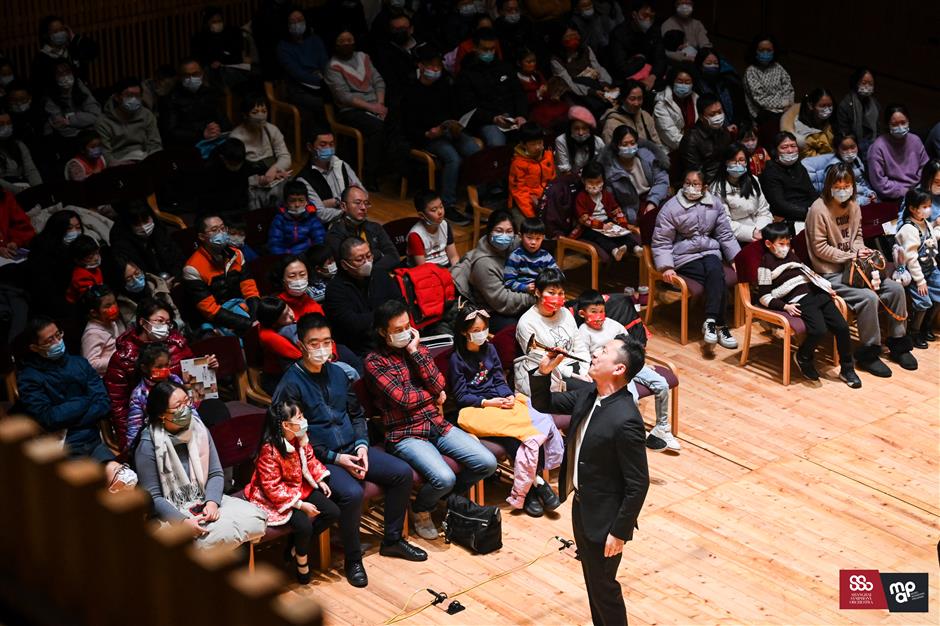 Hu is determined to explore the potential of the centuries-old instrument.

Hu is also one of these Internet users. Though he started playing the suona in primary school, he didn't really like the instrument until many years later.

"People often say you can have only one suona battling an entire orchestra," Hu recalled.

"It is true. Everyone can hear it when I make any mistakes! I really hated that, and I didn't know what was good about this instrument, except that it's really loud."

His love, and initial curiosity, for the instrument developed along with the audiences' applause.

"All around the world, they were so passionate that I wanted to explore more about my instrument and discover its potential," he said. 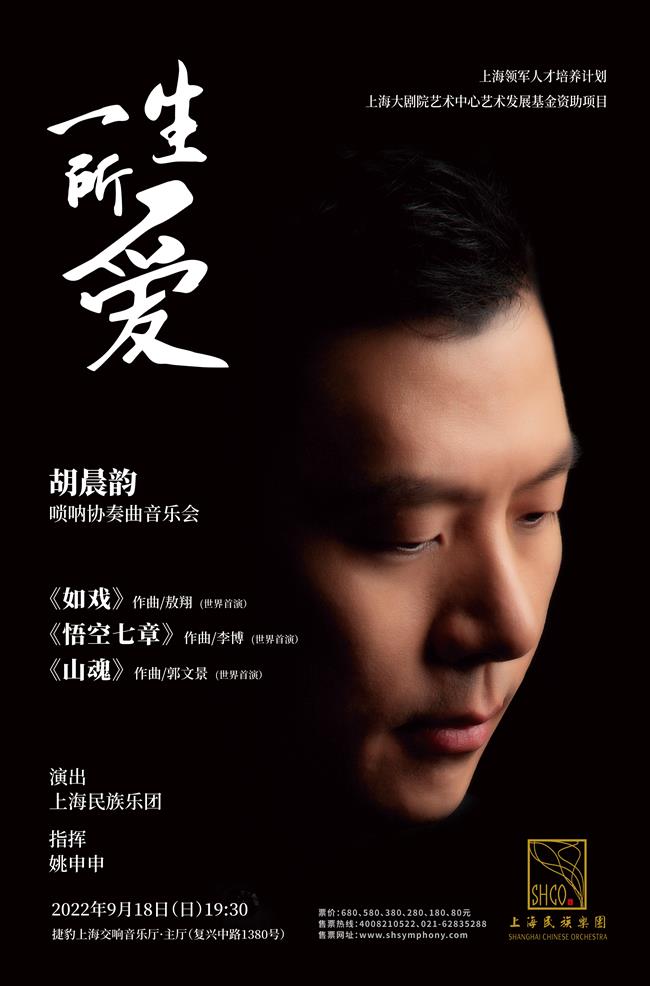 The disparity between his two upcoming concerts reflects the range of his ongoing musical adventures.

In addition to the more "serious" concert with three concertos this coming Sunday, Hu also will perform a concert in December solely featuring ACG (animation, cartoon and game) music.

"Some traditional musicians may not like this, but I don't mind at all," he said. "I actually love it when people say, 'oh, I didn't know you could perform the suona like this'."

Hu often gets such comments about his videos on various social media platforms where he tries out different types of music.

They include classy songs like "All I Want for Christmas is You" in which he tried some saxophone techniques with the suona. The latest includes trending songs like those from the game Genshin Impact, which Hu learned from his students.

"It actually happens quite often," he said. "My students would say, 'oh I want to try this song on suona, can you teach me?' And by teaching them, I learn a new song too."

He concluded, "there is really no style that the suona can't fit, and I'm sure I can continue to discover them as I have more opportunities."