The joys of reading 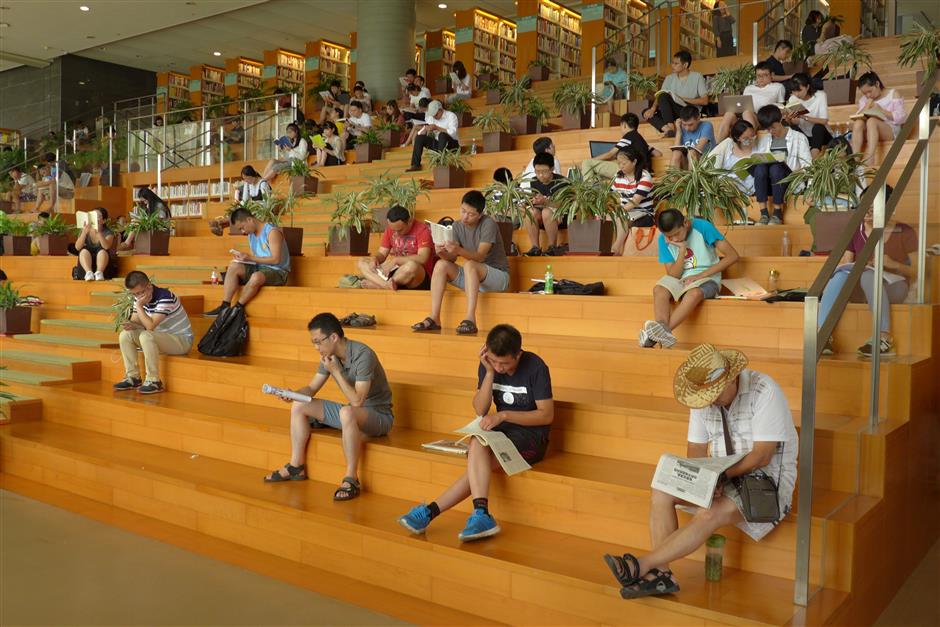 Shanghai’s annual book fair will start on Wednesday at the Shanghai Exhibition Center, with the latest best-sellers from both Chinese and foreign publishers and a 10-hour reading relay traveling across key literary venues in the city.

The International Literary Week will focus on science fiction, and the trend for readers to move back to real books from digital platforms and to brick-and-mortar bookstores.

In the past year, popular TV shows such as “The Reader” and “Chinese Poetry Conference” that focus on literature and classic texts have encouraged more people to start reading again.

In Shanghai, various kinds of reading clubs have been emerging, inspiring people to get together and share their favorites.

The “relay reading” will see more than 20 writers, translators and scholars take turns to read extracts from classics over 10 hours.

The readings will start at the exhibition center and move on to the Shanghai Writers’ Association, the former residence of influential modern writer Eileen Chang (1920-95) and the Shanghai Literature and Art Press, among many other significant literary sites in the city.

“Last year, many friends suddenly started posting books they have read on WeChat Moments, which made me feel guilty that I had not finished a book for quite a while,” says Wang Yuelin, a 27-year-old financial consultant. “So I started going to a reading club with a college friend and really enjoyed being surrounded by book lovers. Slowly, I started reading again. I look forward to the book fair — my last visit was when I was still in college.” 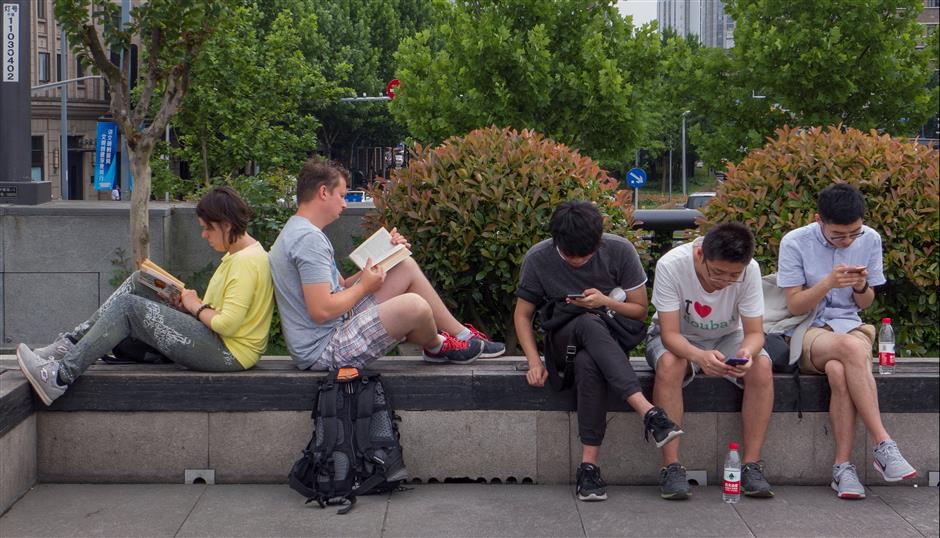 Wang is not alone.

A recent survey released by the Shanghai Press and Publication Administration said Shanghai residents read 6.64 books on average in 2016, and nearly half chose real books as the first option while about 21 percent opted for digital versions, reversing the trend toward digital over the past two years.

The survey also shows a comeback for physical bookstores in the city — many new stores opened last year while veteran ones are also exploring new ways to attract customers, such as opening 24 hours and upgrading decor.

Only two years ago, many bookstores were being forced out of business due to increasing rents and falling sales.

Some of these bookshops are also part of the book fair and will host various events — from writers’ panels to book signings.

The trend is similar across the country. In 2015, Dangdang, one of China’s biggest online book sellers, announced it would open 1,000 bookstores within three to five years.

It has already opened about 150, most of which are small-scale shops in malls.

Dangdang CEO Li Guoqing told the media most of these shops break even, due to financial and policy support from both the malls and local governments.

The online platform has also released the best-sellers of the first half of 2017, which includes “In the Name of People,” the novel of the phenomenal namesake anti-corruption TV series that sold more than 1.5 million copies.

Others include Afghan writer Khaled Hosseini’s 2003 novel “The Kite Runner,” which has stayed on the best-selling list since it was first published in 2006, and Gabrielle Zevin’s 2014 novel “The Storied Life of A.J. Fikry,” a story of a bookstore owner, which has also stayed on the list for the second year.

The International Literary Week has been a highlight of the book fair since it started in 2011, with sold-out lectures and seminars every year. This year, organizers have invited science-fiction writers from all over the world to discuss relevant issues, including how exactly technology will change our world and how should we cope with it.

“The significance of science fiction has long gone beyond the range of science and technology development," he added. "What science fiction writers discuss in their books — the relationship between human beings and technology, the world and the university are very important. We have invited many sci-fi writers this year, whose great minds will combine at the book fair with unique chemistry.”

American writer Rysa Walker started her career after winning the Amazon Breakthrough Novel Award contest in 2013, and published “Time’s Twisted Arrow,” which follows a 17-year-old through time travel.
She will share her research and imagination about time travel with local readers in her lecture “Past Forward: An Insider’s Guide to Time Travel” on the morning of August 20.

Chinese American novelist Curtis C. Chen, a former Silicon Valley engineer who has become a writer and puzzle-maker, will bring his latest novel “Kangaroo Too,” sequel to his 2016 debut “Waypoint Kangaroo.” The Chinese translation is scheduled to be released soon.

(Stanley Chu contributed to this article.)