Ancient bricks and tiles are on display in Zhujiajiao

Zhujiajiao Town, which is crowned the "pearl of Jiangnan," has 36 stone bridges and ancient architecture covering about 210,000 square meters. Xi's Family Hall stands out amongst the ancient buildings for its special collections – different kinds of bricks and tiles.

The history of the hall dates back to the Ming Dynasty (1368-1644), while some of its collection, such as brick and tile carvings as well as clay sculptures, dates back thousands of years.

Feng Guoyin, owner of the bricks and tiles, was once a professor in life sciences and genetic disease research.

She loves the bricks and tiles because of the beautiful cultural meaning behind them. 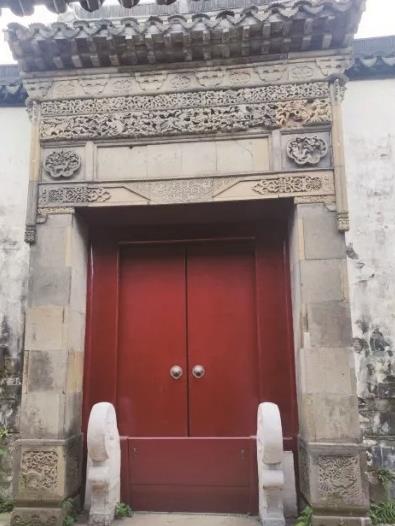 After retiring, she began to shuttle among the ancient towns in Jiangnan (regions south of the lower reaches of the Yangtze River), trying to find discarded tiles from old houses and dwellings.

With a passion for protecting ancient material and traditional culture, Feng offered the bricks, tiles and carvings to Xi's Family Hall which later became an exhibition hall.

"The ancients had a sense of branding unexpectedly and detailed planned everything before doing it," Feng said.

For example, the tile with a butterfly and Chinese character tian (天), which literally means the sky in English, is a highlight. The pattern was designed by Ji Xiangsheng and burnt by master Niu Youming in the Qing Dynasty (1644-1911). The Chinese character tian is on top while the butterfly is underneath, meaning invincibility throughout the world.

Currently, only 10 percent of Feng's collection of bricks and tiles are on display in the hall.

"I want to find a larger place to show more my collection," she said.

Feng believes it is a good way to educate people, especially young people, so traditional culture has a place in the modern world.