Colored carpets of blossoms will welcome back residents to public places 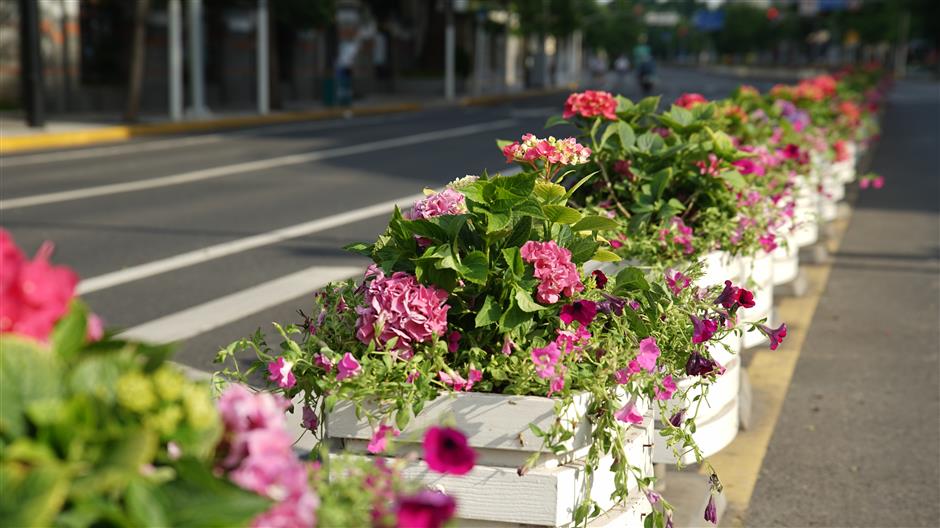 Local streets burst into a kaleidoscope of colors with flower in their full bloom.

All trades and professions in Jing'an are accelerating their planning in advance of the overall resumption of business in June.

When life returns to normal in Shanghai in a few weeks, local residents will be greeted by richly colored carpets of blossoms.

Gardeners are now working to control the spread of catkins as part of landscaping work to prepare for the end of lockdown. They will then plant a variety of shrubs and seasonal flowers in public places.

Colorful blossoms such as hydrangea and coleus will burst into a kaleidoscope of colors on roadside flowerbeds in the district, and herbaceous flowers such as maidenhair and garden balsam will decorate wide expanses of greenery.

A total of 550 flower boxes situated in the middle of Changde Road, between Wuding Road and Yan'an Road M., have been renovated, their winterberry replaced by hydrangea and petunia to create the summer vibe.

In addition, special flower landscapes will be displayed in the district's parks, including Jing'an Park, Jing'an Sculpture Park and Daning Park. In Jing'an Park, there is a sea of flowers with hydrangea in full bloom, and loquat trees are bowed down with the weight of fruit.

The health condition verification device called "digital sentry" has been placed in 21 parks. Workers have increased the frequency of overall disinfection and posted notices about pandemic control and prevention rules, as well as health and venue code scanning, in preparation for reopening. 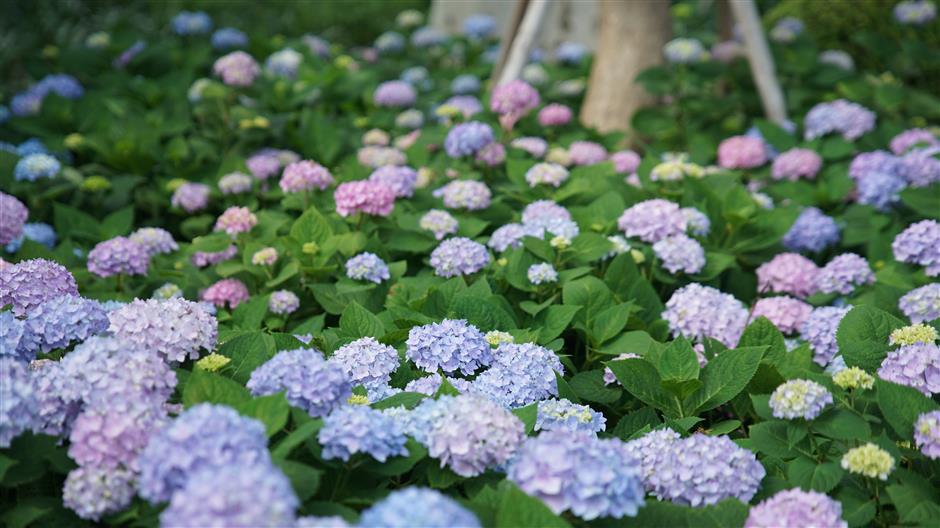 The "digital sentry" all-in-one device for health checks and the "venue code" have been installed throughout the district as compulsory checks for business resumption. 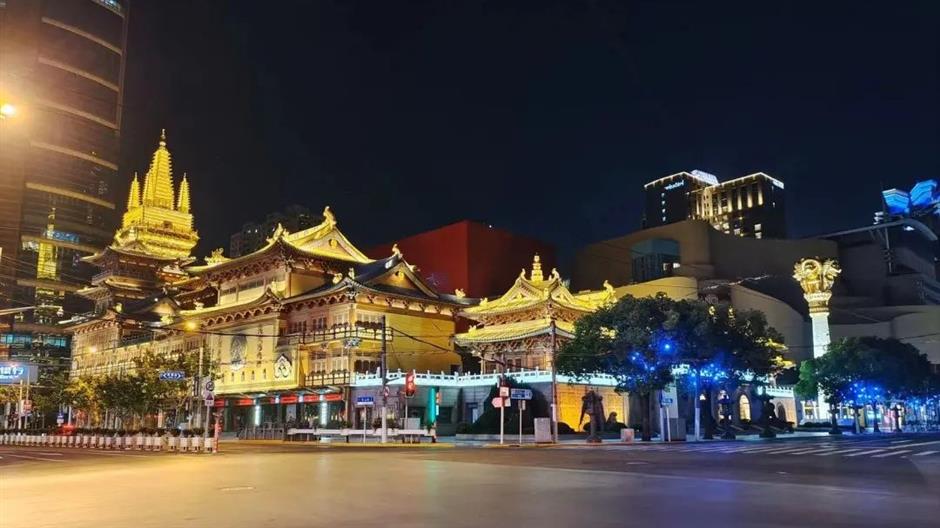 Jing'an Temple is lit up again as Jing'an is working to return the glittering night view for local residents.

Nanjing Road W., one of the city's busiest commercial zones, is rolling full steam ahead for business resumption.

Nearly 50 "digital sentry" machines have been installed in 10 shopping malls, including Plaza 66, HKRI Taikoo Hui and Jing'an Kerry Center. Also, frequent and thorough disinfections are carried out every day, and stores are working to restock their shelves with latest goods.

In an industrial park on Jiangchang Road, more than 30 property staff have entered closed-loop management to ensure the various tenants can resume operations. They have daily video meetings with companies to learn about their demands and to eliminate any obstacles before business restarts. 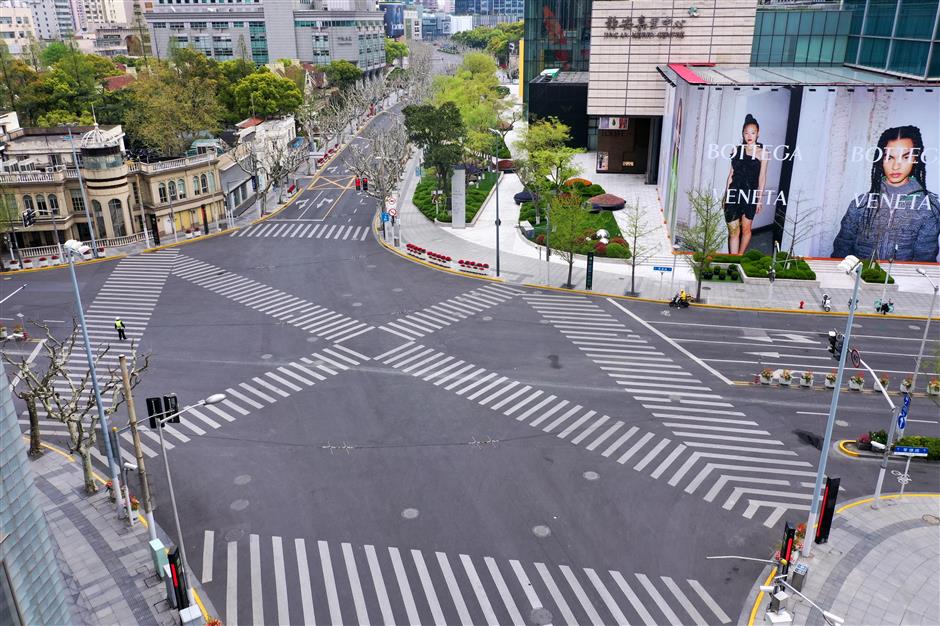 Grassroots officials in communities are also busy with ensuring residents' safe entry and exit after the lockdown is fully lifted.

The neighborhood committee in Wanrong Xinyuan residential compound, Pengpu Town, has recently introduced a special amenity to help people get their cars serviced after being left idle for such a long time.

Volunteers are stepping in to do vehicle checks and fix problems like flat tires, weak batteries and faulty ignition systems. "I know cars well. I want to do my bit to help my neighbors," said volunteer Wang Lei.

"I had been so worried about safe driving as I had to stay at home for such a long time. Thanks Wang, for checking my car," one resident said.

So far, nearly 20 cars have been checked and serviced.