Shanghai has unveiled a new implementation plan with the aim of accelerating the pace of development of five "new cities" in suburban areas.

The plan, which was released on July 6, calls for quick implementation of key facilities in the five "new cities" of Jiading, Qingpu, Songjiang and Fengxian districts, as well as Nanhui in the Pudong New Area. The aim is to focus on introducing enterprise headquarters, enhancing innovative research and development, gathering various resources, and improving public services.

To implement the plan, agreements on 25 projects were signed with the five "new cities," covering sectors like scientific research, education, culture, sports and tourism, involving state-owned, private, and foreign-invested enterprises.

Jiading New City, which has made "city-industry integration" a top priority, signed contracts with a number of companies and institutes as part of its efforts to promote diversified industrial development. 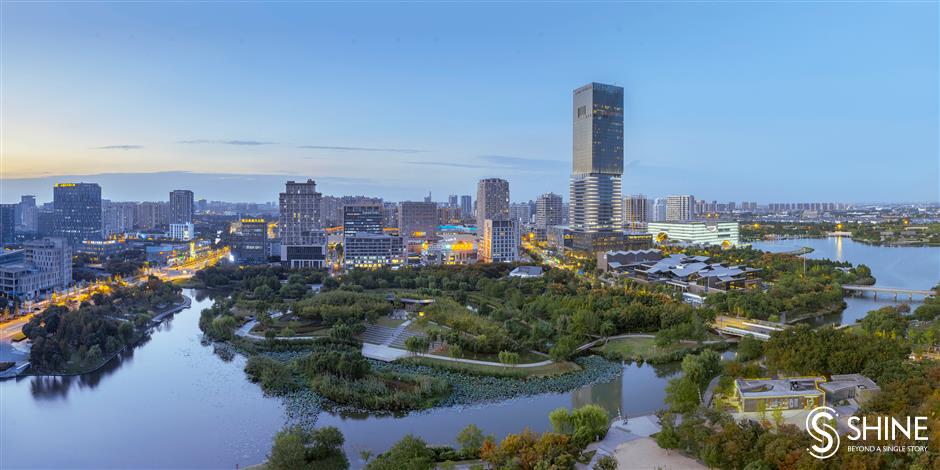 According to company officials, the overall project is expected to be completed and put into use in the first half of 2024.

In a separate agreement, a measurement and testing center for the city's hydrogen fuel cell vehicles, or e-cars, will be established in Jiading New City as the district continues to develop the automobile industry as its major growth engine.

The center will offer comprehensive testing and efficient assessment services for automotive companies, to solve related problems encountered in the early stages of development and to break through the technology bottleneck that restricts industry development.

With a planned area of around 160 square kilometers, Jiading New City aims to generate an annual output of 1 trillion yuan (US$148.1 billion) by 2025.

The annual GDP of the entire district in northwest Shanghai will reach 360 billion yuan.

Shanghai announced plans to develop five new cities last January as part of its strategy to solve the problem of unbalanced development and further enhance the competitiveness of the metropolis.

﻿
Special Reports
﻿
61763
,
Sharing memories of those wonderful summers past
The taste of summer starts from the healing cafes in Jiading
It's scorching outside, but juicy fruits are worth the effort
The 'supermen' of the roads who keep the city ticking
Dine-in services resumed with emphasis on safety
Kunqu Opera kicks off charity season at Poly Grand Theater
New charging station showing the power to succeed
Enterprises help students thrive and prosper
Jiading inks several deals to hasten the pace of development of 'New City'
Pioneering Pudong leads the nation as a model of socialist innovation
EXPLORE SHINE