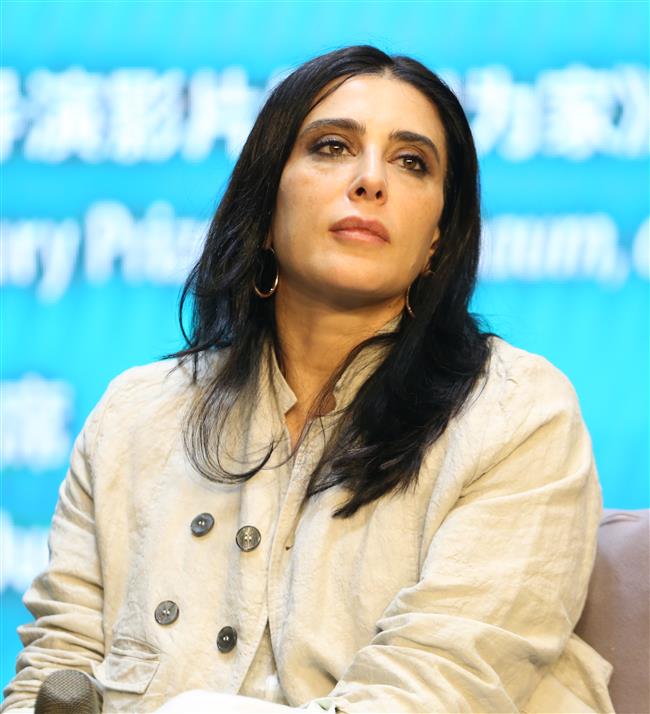 After a recent showing of “Capernaum,” award-winning Lebanese filmmaker and actress Nadine Labaki gave a masterclass for movie buffs and college students at Shanghai University.

It is the second time Labaki has visited Shanghai. Last year she attended Shanghai International Film Festival with the same movie.

“Capernaum” is a realist drama film about 12-year-old Zain’s tough life in the Beirut slums and his attempt to sue his parents for neglect.

The film, made with mostly non-professional actors, received the Jury Prize at the 2018 Cannes Film Festival and was nominated for the 91st Academy Award for Best Foreign Language Film.

According to Fu Wenxia, managing director of the festival, the film provides an in-depth insight into Lebanon, and has impressed many with its humanistic tone. The film is scheduled for release in China on April 29.

“It’s a very big thing for us to release the film in China,” said Labaki. “I hope the Chinese audience will be able to connect with the film.”

Labaki said that over the years, the economic situation has become more difficult in Lebanon. She estimated that there are almost 2 million refugees in her country, around half the population. A lot of children don’t go to school. There are thousands of them working on the street just to survive.

“When I am exposed to a child’s suffering, I really want to do something,” she said. “I want to understand what is behind the scene and how the child sees the world.”

It took Labaki and her team three years to research the screenplay. She went to slums and prisons, speaking to many children and their parents. She observed their lives and tried to make herself a platform for them to express themselves.

“I didn’t have the right to imagine their lives, so I did the research,” she said. “The script is based on everything. Almost all the characters in the movie are played by non-professional actors, who live in the same situation and embarrassment.”

The leading actor Zain Al Rafeea is a refugee. He has never been to school. He has to work and deal with street violence to support his family. Labaki said he has a tough, wise and strong personality and he moved her with the sadness in his eyes.

During shooting, Labaki built a special bond with the actors. She didn’t ask them to act. She asked them to be who they are. No script was given to them. Instead, Labaki created the situation and explained the scene to them to make them “react, not act.” Natural light was used in most scenes.

“I want to tell a story in a very realistic way,” she said. “Everything in the story is real — the actors, the locations, natural light and the real sets. The script changed all the time as I was open and even ready for anything to happen.”

Labaki’s films usually concern ordinary people. Her first feature film “Caramel” centered on the lives and emotions of five Lebanese women. Her second film “Where Do We Go Now?” was about ordinary people who suffered the trauma of war. 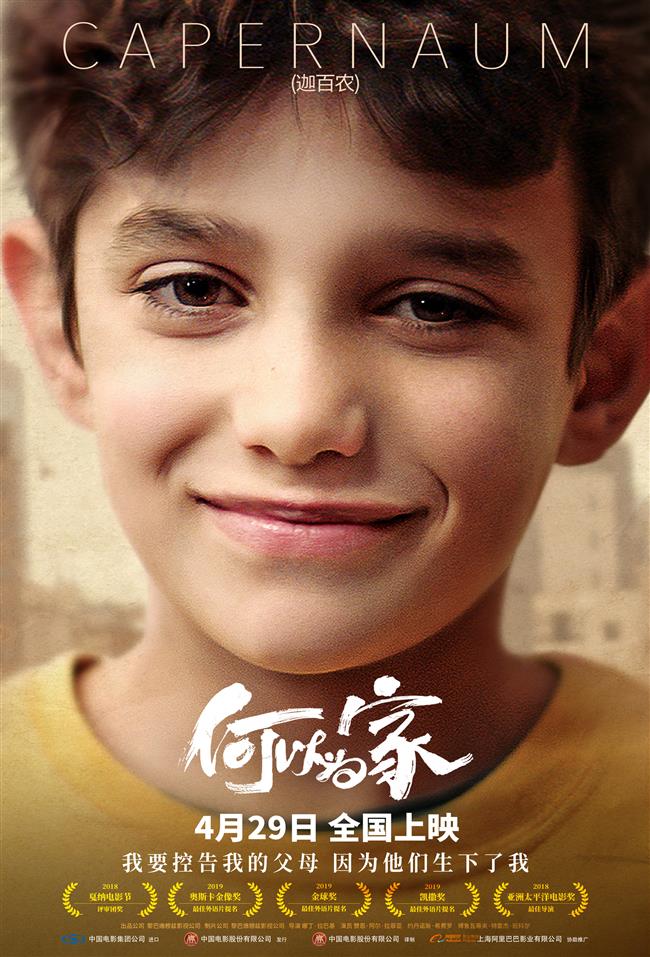 Nadine Labaki’s film “Capernaum,” with mostly non-professional actors, will be released in China on April 29.