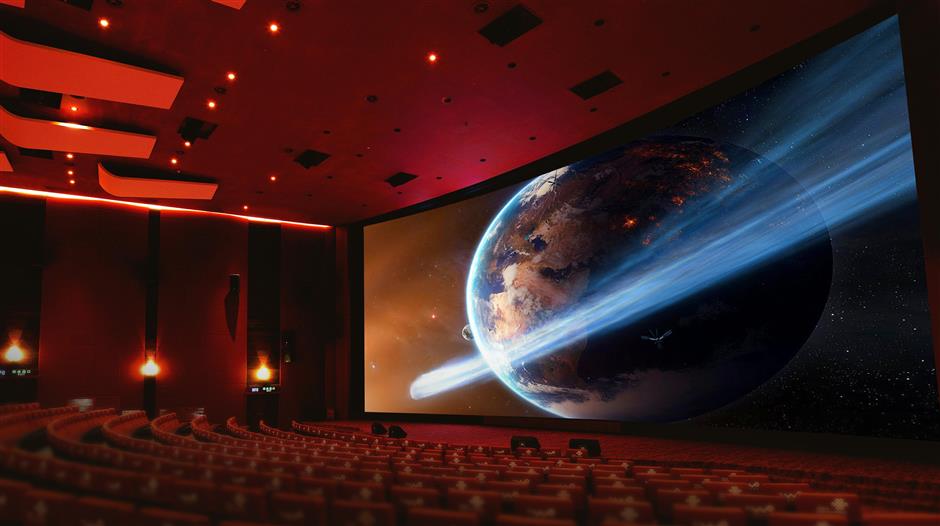 The film industry faces a downside in business due to the epidemic.

From concert cancelations to film and TV delays, nearly every facet of the entertainment industry has been impacted by the COVID-19 outbreak. Cinemas across the country have been closed for around two months.

To relieve the stress of the cinemas, particularly in Yangtze River Delta region, the Shanghai Film Group has set up a 1 billion yuan (US$144 million) recovery fund.

As a financial aid package, the fund was created by the group along with the Shanghai Film Co Ltd and the Shanghai Jingwen Investment Co Ltd, as part of its effort to help business cope while reducing the negative economic impact.

So far, 200 million yuan of the fund has been raised. It will be allocated to invest in cinemas through varied means of capital injections, equity participation and mergers and acquisitions.

Recently, cooperation over film and television productions has been strengthened in the Yangtze River Delta region, which is rich in film and theater resources. The region has about 2,500 cinemas, accounting for 23 percent of the total in China. Box office revenues in the area also take up about 26 percent of the country’s total.

The fund also serves as part of a cooperative mechanism to boost the film and culture industries in the region.

Industry insiders anticipate that local cinemas’ resources are expected to be optimized and integrated, and the influence and competitiveness of the industries in the city and region will be elevated.

Many cinemas are also asking for support in film production policy, administration and distribution.

Wang Jian’er, chairman of the Shanghai Film Group, says that as a leading film production company of the region, they are proud to shoulder its social responsibility to help those in need during this unusual time.

“In the long run, China’s film industry is still seen as a positive prospect,” Wang said. “The fund will help boost a sustainable and healthy development of industries.”

He also added that the group is now in a new phase of strategic development and branding.

The group expects to be developed into a center for regional film distribution, premieres and culture.