The program, jointly initiated by SIFF and Marché du Film at Cannes Film Festival, will also promote and incubate good Chinese stories that will be screened for an international audience.

“Project Y” will establish a cultivation mechanism and set up special funds for the local film and TV industry. They will provide financial support for follow-up projects, covering the entire industry chain from script, shooting, post-production and distribution.

The project will also encourage cultural and artistic originality, speed up the establishment of the city as a global film and television creation center, and make a name for Shanghai culture. The new works intend to carry the spirit of the times and display the distinctive charm of the metropolis.

The launch of the project, after more than a year of preparation, has the full support of Marché du Film, an influential movie industry event that is attended by tens of thousands of film professionals every year. More than 70 percent of the world’s film transactions are conducted at the market, a platform for overseas sales and distribution, promotion and exchanges.

“Project Y” selects candidates on a nomination basis. The organizing committee will invite professional institutions and individuals, such as well-known film companies, famous directors, producers and overseas distributors, to nominate eligible young filmmakers. After preliminary and final selections by judges, a list of filmmakers will be determined.

The selected filmmakers will be invited to attend the 24th Shanghai International Film Festival in June and participate in the Marché du Film at the Cannes Film Festival this year.

They will have official promotion and presentation opportunities for overseas industry insiders and tell genuine Chinese stories on the world stage.

According to the charter, the young Chinese filmmakers sought and supported by “Project Y” in 2021 must have positive energy, a global view, a distinctive attitude, be under the age of 45 and have directed no more than three full-length features or animated films. The duration should be no less than 70 minutes. Candidates who have feature film projects under development or production will be given priority. 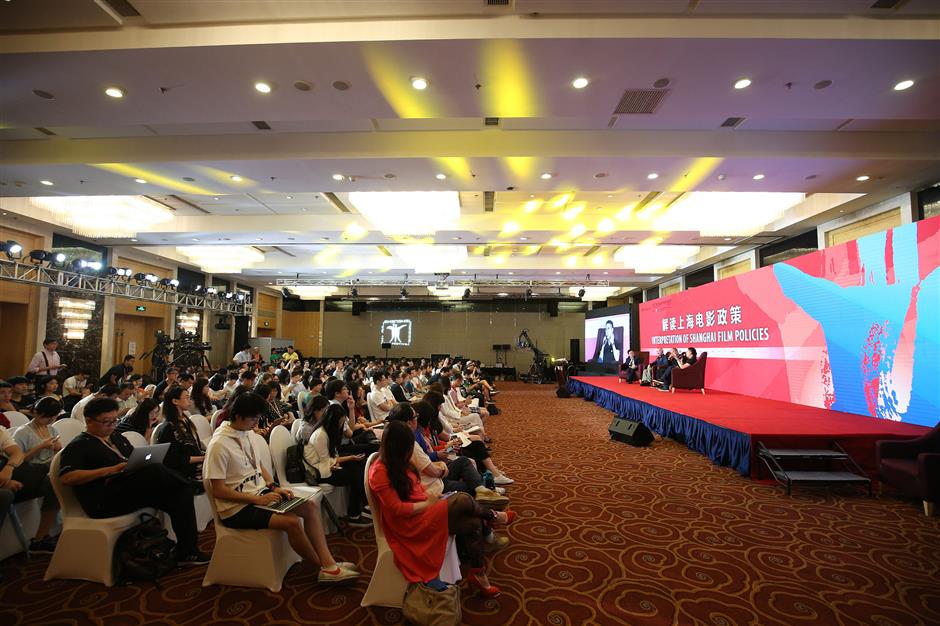 A file photo of movie insiders and journalists at a policy interpretation conference held by the SIFF.