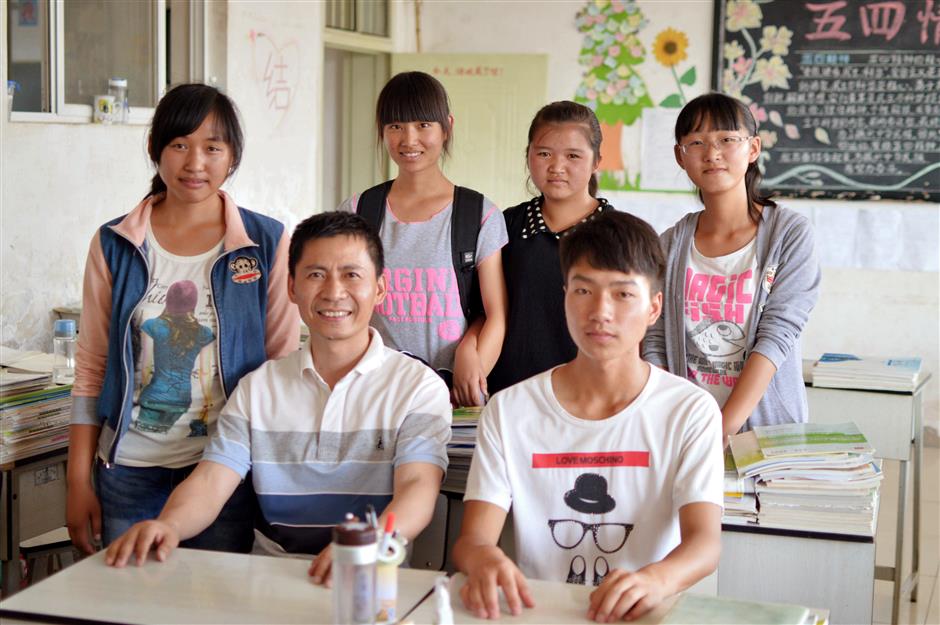 Liu Zhexin, a teacher at a leadership-training academy in Shanghai, is no millionaire, but for the past decade, he has donated nearly all his savings and a good portion of his free time to helping needy students in poor rural areas.

Under his sponsorship, nearly 20 students have completed their high school education and entered college.

Liu, born in 1973, worked for a securities company before becoming a professor at the China Executive Leadership Academy of Pudong in 2005. His daily job is to give short-term training sessions to government officials and entrepreneurs.

The sponsorship funding started in the same year he joined the academy. At the beginning, it was a campaign initiated by the faculty, but after the campaign was over, Liu decided that what they did was inadequate.

“The campaign was just a one-time thing, but loving a child is lifelong,” he says. “You don’t just love your own children today and stop loving them tomorrow. Helping other children is the same.”

Liu, a native of Fujian Province, turned to the Hope Project, an organization under the China Youth Development Foundation devoted to furthering education in poverty-stricken areas. On the project’s official website, Liu found several children in Yunnan and Sichuan provinces who were about to drop out of school because of family difficulties.

Liu sponsored them through the Hope Project for a while. However, when he discovered that “a chunk of the donations was going to administrative fees,” he decided to create another charity model.

So Liu came up with the idea of a private sponsorship program. In the past 12 years, he has spent nearly 1 million yuan (US$153,690) on more than 60 children.

“I still keep in touch with them after they go on to college,” Liu says. “I formed an online chatting group, and many of these kids have made friends with one another.” 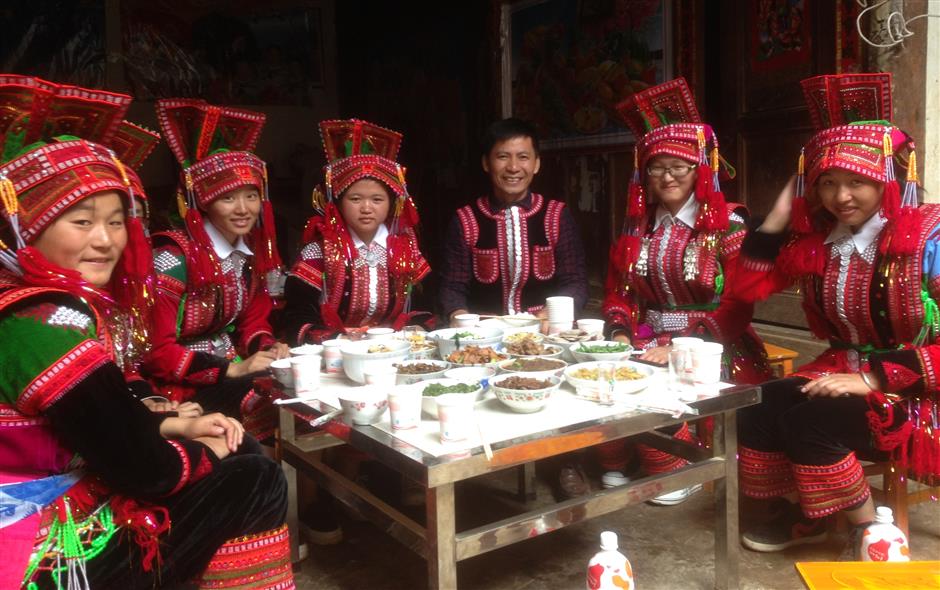 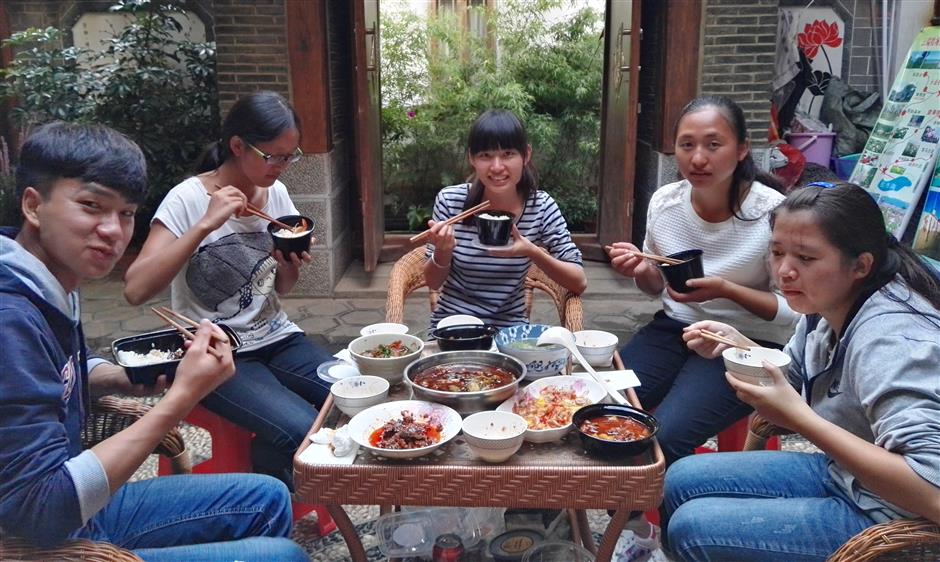 Liu Zhexin brings the students who passed the national college entrance exam to Lijiang, a popular tourist destination, for a trip.

Liu says children need more than just money or other material support. Many of their parents have left their hometowns to work in cities, and they see their children only once a year. The children often feel lonely and don’t know whom to turn to when they need help or advice.

Apart from keeping in contact online, Liu visits the children every year.

One of his students is Long Haifeng, now a sophomore at the Yunnan Technology and Business University. Liu once stayed at his home when he was holding a training session in Long’s hometown.

“He turns to me whenever he feels confused about the future,” Liu says. “I can feel the trust that has built up between us.”

Liu himself grew up in a remote village, so he can easily empathize with the children coming from that environment.

“Helping these children is not about money; it’s about love,” Liu says.

There are plenty of do-gooders in China willing to donate money to causes such as rural education, but many donors later complain that they never hear from the children after schooling is completed.

“But for many children, the act of accepting help is an act of humiliation that they feel ashamed about,” Liu says. “They feel they have accepted alms.”

Many of Liu’s colleagues and students, touched by his generosity and philosophy about helping underprivileged children, have joined his endowment project. About 600 members are now helping 1,000 children around the country, mostly in Sichuan Province and the the Xinjiang Uygur Autonomous Region. 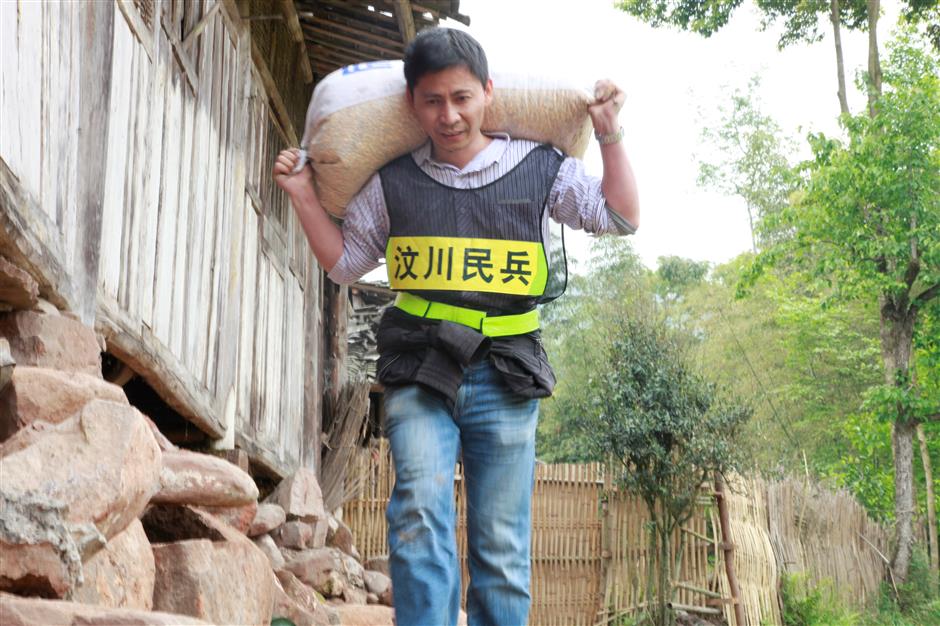 Liu Zhexin took part in relief work in Ya'an, Sichuan Province, after the area was struck by a serious earthquake in 2013.

“I’m proud to say that in five years, only three people quit the program ─ for personal reasons ─ and the rest have stuck with the project,” Liu says. “We don’t have any administrative costs, so every buck contributed goes to helping the children.”

Liu once even risked his life helping with disaster relief in Sichuan Province.

“I was lecturing in Sichuan in 2013, and right after I returned to Shanghai, I heard the news of an earthquake in Ya’an,” he recalls. “So I flied back the next day, because before I left I promised them that I would return immediately if I were needed. My wife complained a bit, but I had to keep my promise.”

Three months later, when a deadly mudslide struck Wenchuan in Sichuan Province, Liu again went to the province. He walked for five hours with disaster relief materials to get to the area and nearly fell off a cliff en route.

“I never felt that close to death,” says Liu. “When I returned to Shanghai, I realized that there is nothing in life that is so important that it can’t be given up.”

Liu has a 10-year-old daughter. He says he often feels he doesn’t spend enough time with her, but his little girl seems to have inherited her father’s big heart.

“My energy is limited, so it’s only natural that I have had to make some compromises with my own family,” he says. “But my daughter doesn’t mind. She has met several of the children I sponsored, and they sometimes talk on social media.” 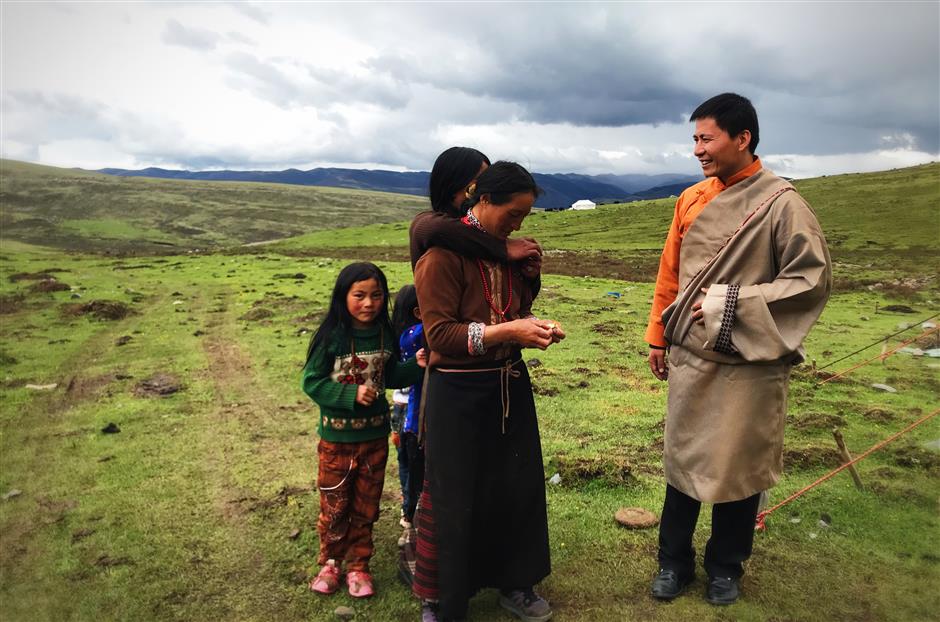