Ji Yanqing, 35, doesn’t believe anyone should be in the dark when it comes to using digital devices like computers and smartphones. Most of all, people like him who are blind.

Ji and several other blind friends have created an online platform to serve the blind. It was cited as one of the top 10 charities in Shanghai.

Ji is living proof that blindness doesn’t have to mean withdrawal from normal life. He graduated with a bachelor’s degree and is now a high school psychologist.

Zhumangtong, which translates as “blind people helper,” has software, a website and an official WeChat account. No matter what platform users choose, they can enjoy an array of services. They can ask questions, find employment information, download online curriculum, trade in second-hand goods or just make friends.

“In the past two years, we had thousands of software downloads and more article views,” Ji says. “Through our platform, people can expand their vision and meet more people. Some have even found partners here. I’m glad that what we do is all worth it.”

He says modern technology has changed the lives of the blind in a massive way, but many blind people are still unaware of the benefits of barrier-free functions on computers and smartphones.

Many software programs nowadays provide functions that read texts aloud and allow visually impaired users to input words using microphones. Zhumangtong is one of them.

Ji’s platform also hosts a large variety of audio textbooks on subjects ranging from programming and finance to fortunetelling.

“Well,” Ji jokes, “most people believe that blind people can do two things: massage and fortunetelling. So we included a curriculum for it for those who might indeed be interested.”

He says the blind can do much more with their lives than just the massage jobs with which they have become widely associated.

“Not that being masseurs is bad,” he says, “but I want them to know there are more choices and other possibilities.” 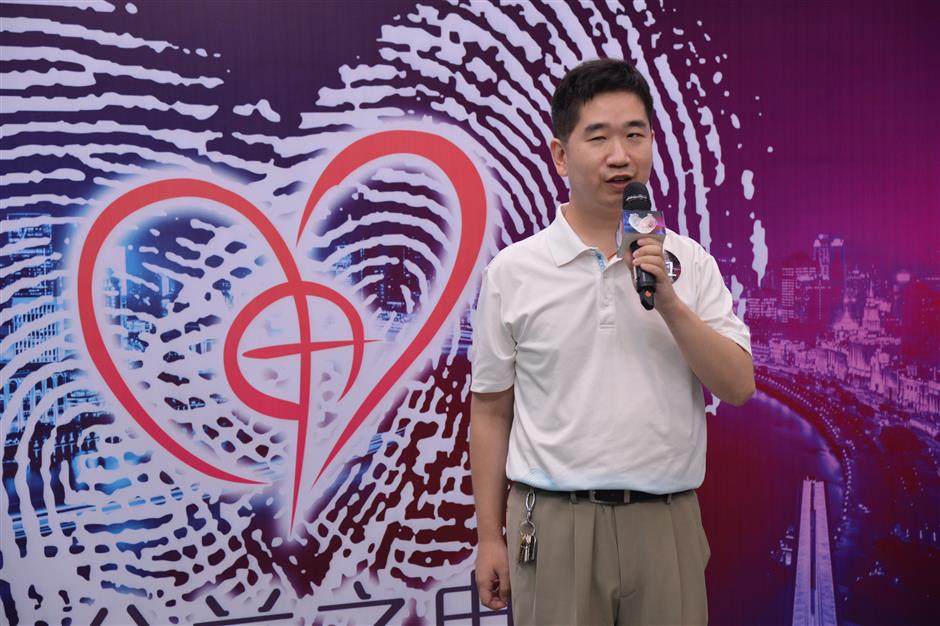 Ji Yanqing speaks at the awards ceremony, where his platform for blind people was recognized as one of Shanghai's top 10 charities.

He cites himself as a prime example.

Ji had congenital cataracts and suffered from severe shortsightedness in his childhood. At age 14, he eventually lost his eyesight due to retinal detachment. He was enrolled in the Shanghai School for Blind Children to complete high school.

“I was feeling pretty low when I first entered the blind school,” he recalls. “I thought it was the end for me. But the atmosphere of the school was actually quite optimistic and that encouraged me. When the teacher told us that we had opportunities to go to college, I felt hope’s returning and started to study hard.”

He enrolled at East China Normal University, majoring in special education psychology. In his sophomore year, when many fellow students were taking part-time jobs to earn pocket money, he decided to do likewise.

“But I was confused about what I could do, given my eyesight,” he says. “And then I found there were computer language courses for blind people online, so I learned HTML and PHP languages by myself and took some website-building orders online.”

PHP, or formally “PHP: Hypertext Preprocessor,” is a server-side scripting language that can be used in web development.

Ji didn’t tell most of his clients that he was blind because he worried that they might not trust his skills. He managed to finish all orders on time and to clients’ instructions.

“I can’t process pictures or videos, but it’s no problem to do functional building,” he says.

After graduation, Ji started to work as a psychologist at Tonghe High School in Baoshan District, where he is still employed.

He has an office with all the equipment found in any professional psychological suite, including a comfy deck chair, a sand table and a secure space for private sessions. Apart from helping students with their mental problems, he has also built a website and organized events at the school to expand awareness of mental health issues. 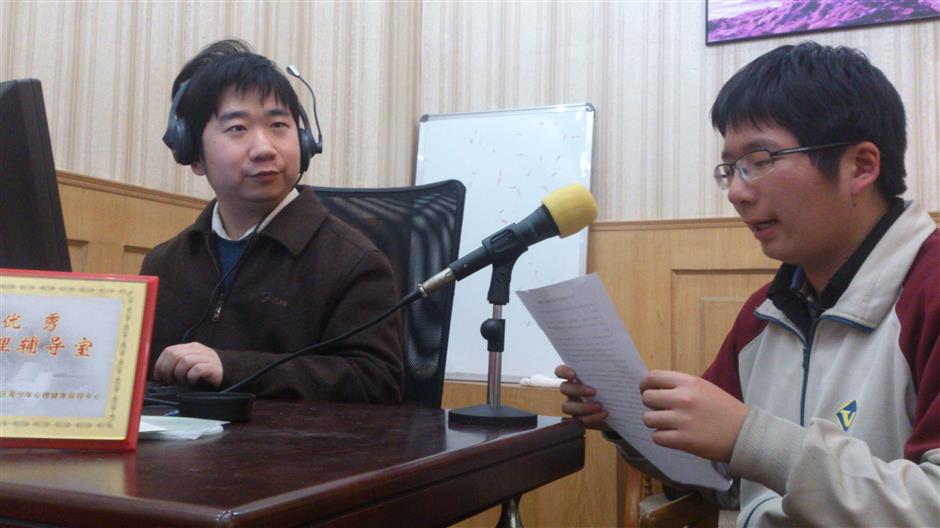 With his own life sorted to his satisfaction, Ji began to think about what he could do to help other visually impaired people achieve what they wanted out of life. When he met a blind programmer, the idea of Zhumangtong was hatched.

The two didn’t have any funds or employees. They just persuaded other friends to join them. Once the platform began gaining popularity, other volunteers came to join the project.

The team had no office, so it couldn’t register as a nonprofit organization with civil affairs authorities. Instead, the platform was initially registered as a company. Although Zhumangtong never made a profit, the team members managed to eke out sufficient financial support to cover minimal expenses.

“I didn’t want to do anything big,” Ji says. “I just wanted to be helpful. I figured if I could help just one blind person, the effort was worth it.”

After the project was honored among Shanghai’s top 10 charities, Ji met with other charity workers and drew inspiration from them.

“They gave me suggestions and advice,” he says.

He now plans to seek some foundation support to strengthen the functions of the platform and hold more offline events that enable blind people to step out of home and mingle with a larger community.

Ji says he also hopes to organize activities that bring blind together with people of normal sight.

“I have received a great amount of help from common people, for which I’m very grateful,” he says. “But I feel that there are still misunderstandings between the blind and mainstream society. For example, I’m often asked, ‘How do you get dressed?’ Or, “How do you brush your teeth?’ I find that frustrating. We need to break down those barriers.”