The silent world of a renowned folk artist 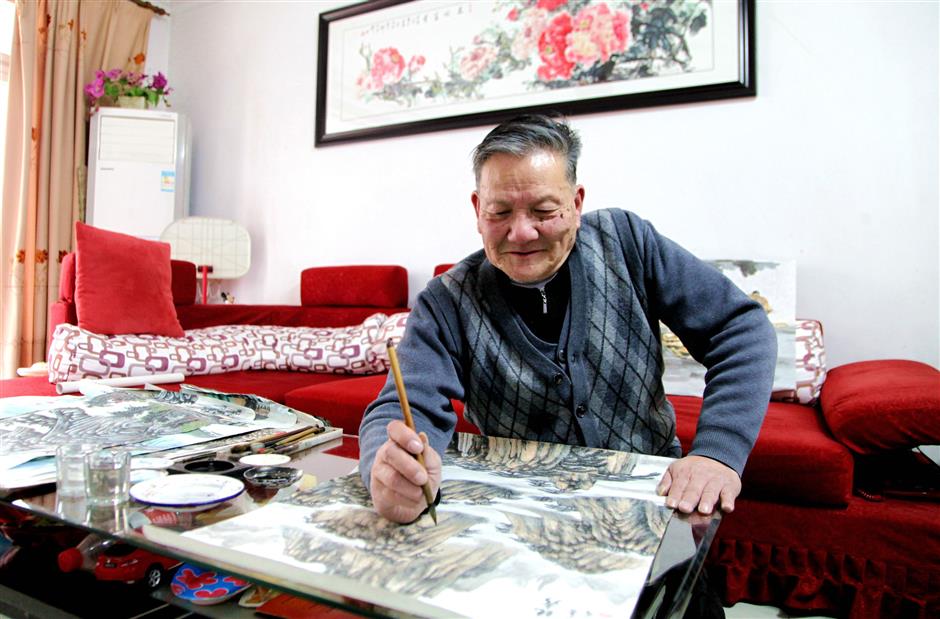 Zhu Baoheng, 85, paints mountains and rivers at home. He maintains a positive outlook on life even though he has been deaf and mute since birth and was paralyzed from polio as a child.

Zhu Baoheng’s home in Anting Town is like a small exhibition hall for painting and calligraphy. A large watercolor on the wall depicting flowers is an attraction, while the “Four Treasures of the Study” — brushes, ink, inkstone and rice paper — and tools for carving are placed on a white glass tea table. Books, certificates, trophies and medals are on a bookshelf and under the bed in his bedroom.

People may think Zhu was born and raised in a scholarly family, having received an excellent education. However, this 85-year-old man has been deaf and mute since birth and became paralyzed due to polio when he was a child. He lived with his mother and deaf-mute sister after his father died when he was just 7 years old.

Moved by Zhu’s tenacious and strong spirit of chasing the dream of becoming an artist despite his disabilities, Lu agreed that Zhu could be his apprentice for his intelligence and talent. Apart from teaching painting techniques face to face, Lu gave him guidance by writing him letters, encouraging him to excel in painting and brush writing, become a man of integrity and never relax his efforts for his entire life.

Painting or calligraphy not only requires lots of practice, but also a large amount of paper and ink which were expensive for Zhu’s family.

One day, the idea of using water as ink and the threshing floor as paper popped up in his mind. He used water-dipped branches or little sticks as brushes, practicing writing on the cement, one time for several hours.

Zhu did what Lu had told him and never gave up trying to create a better life for himself.

His paintings with changing lines and wide views proved popular. Some of his work was on display at an exhibition held by Shanghai Federation of Literary and Art Circles in 1954, while his comic strips were published in 1957. 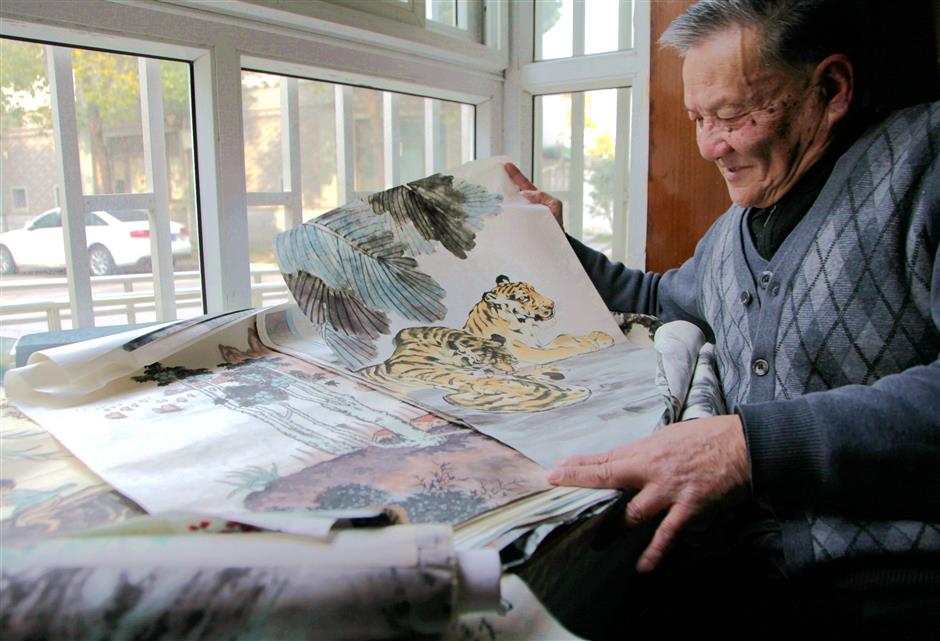 In addition to paintings and calligraphy, Zhu also created artwork such as carving, paper-cutting, wood- and bamboo-carving and embroidering, featuring flowers, animals, fish and birds.

He once made a living from carving stamps and gained a reputation for his clear carving and images.

Zhu married Sun Qiaomei, who is also a deaf-mute, and they have raised three children. To earn money to support his family, Zhu learned the skills of a carpenter on his own to make furniture for others.

Due to his disabled legs and muscular atrophy, Zhu couldn’t work or walk with the flexibility like other people, so all his work was done sitting on a bench.

The furniture made by Zhu was always combined with art. He would carve auspicious patterns such as babies or peaches, a peacock flaunting its tail and blooming flowers, each of which was vivid, gaining a reputation not only among local villagers but in villages elsewhere.

“That was when traffic wasn’t convenient. Neighboring villagers took boats to pick my father up with villagers clapping their hands along the river. The scene was momentous, similar to taking the bride to her husband’s house on wedding day,” Zhu Shichang, the oldest son, recalled.

On one occasion, when an old man in a neighboring village died and his family needed a large portrait of him, they came to Zhu with a tiny photograph. Zhu didn’t complain and painted a portrait with some speed so that the family could use it in time.

In his spare time, Zhu would make some wooden benches or chairs as gifts for neighbors. He and his wife will make rabbit lanterns for children in the village for fun during the Lantern Festival every year. Many residents refer to him as the “folk artist in the neighborhood.”

Although Zhu is getting older, he has never stopped using brushes to record the vicissitude of his hometown.

He is always full of life and keeps up with society’s developments. Since he can’t hear sounds, he gleans information from television and newspapers; and as he can’t talk, he uses pen and paper to communicate with others. He can always find a solution.

Although he has now moved to a senior care home with his wife, he is still involved in art activities, taking part in art competitions and other activities.

When the COVID-19 broke out, he wrote down a piece of calligraphy to encourage everyone to have faith in fighting the disease. 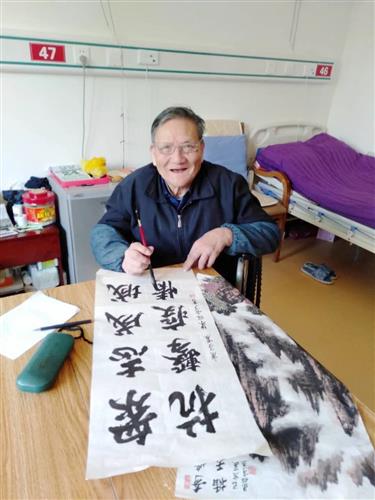 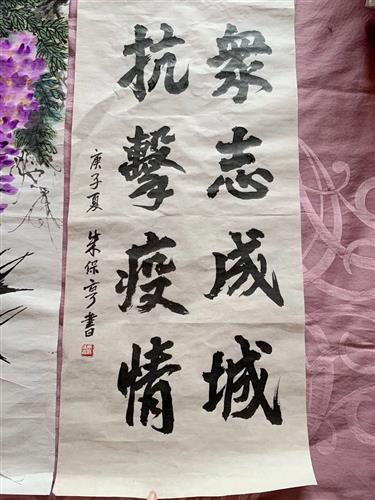 After the outbreak of COVID-19, Zhu writes a piece of calligraphy to encourage everyone having the faith that they will win the battle against the pandemic.