From Macau to Beijing, London to Zhuhai, life for Sanchia Lau is always on the move. The Macau-born young designer fuses her love and homesickness into the print designs she creates as a sort of spiritual homeland.

"What's amazing about Macau is that the city has a Western side, but at the same time, it's very traditionally Chinese," she said at the recent Shanghai-Macau Week as an ambassador of the coastal island and former Portuguese colony. "I call it the other side of the dice. Macau is known for its casinos, but there is more to it than that."

The product of a melting pot of West and East, coastal and inland, China and Portugal, Lau said there are no boundaries between fashion and art, life and work, dreams and reality. 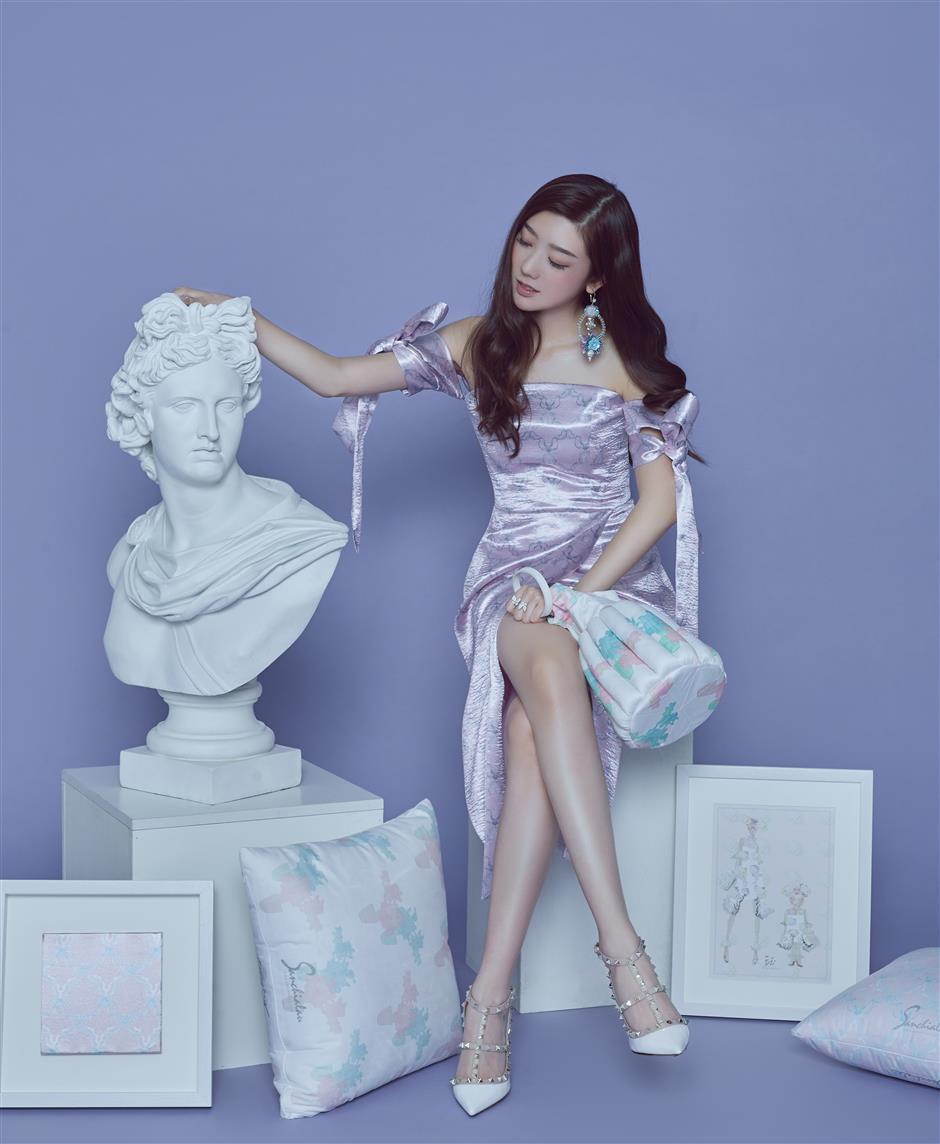 "What I want to share is my philosophy of 'art in a wardrobe and life in fashion gallery,'" she said. "Reality can be cruel, so why not keep a land of fairy tales in our hearts?"

In bright pinks, greens, yellows and blues – all signature colors of traditional Macau architecture – Lau's designs create a soothing ambience deeply imprinted with the soul of her hometown.

Her Macau Attractions series is inspired by the city's myths, literature and historic landmarks. She drew on ideas from the poem "Dragon Ring Portuguese Rhyme," combined Macau architectural elements such as the Army Club, Dom Pedro V Theater and Hong Kong-Zhuhai-Macau Bridge, and used Chinese ink painting as a way to depict the Macau in her mind's eye.

Her China and Portugal series is rich in imagination, telling an ancient love story that every Macau resident knows. A blue-eyed princess on the island of Sao Miguel falls in love with a green-eyed shepherd, but an angry king splits them apart. The heartbroken couple meet for the last time and cry two rivers with their bitter tears. Two lakes created by the rivers are connected by a narrow canal, never united but never apart.

Lau narrated and interpreted this Portuguese romance with pop art.

"It's the city that combines and unites the West and East so well, which has inspired me a lot," she said.

For enlightenment, Lau ventures into old Goddess of Sea temples, eats at roadside food stalls, treks hours in the deep forests looking for ancient Cantonese embroidery pieces, or idles away an afternoon among the old Macau lanes and villages.

She left Macau at age 15 to study art in Beijing. She spent 10 years in the capital, undergoing a dramatic change in lifestyle and culture.

Her time in Beijing inspired her Beijing Hutong collection. It artistically depicts life in the hutongs, or Beijing back alleys, with their old bricks, gray tiles, bronze lions and cloud patterns.

Lau went to London to further her art study, enrolling at the Central Saint Martins College of Art and Design. After graduation, she returned to China and start her fashion career in the Guangdong Province city of Zhuhai, which is not far from Macau. 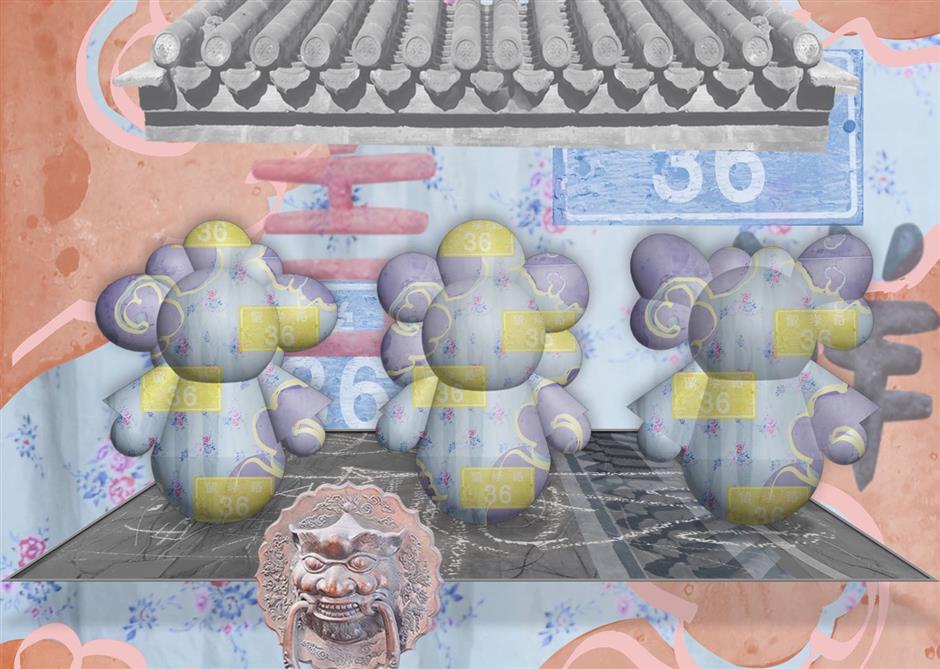 The new Hong Kong-Zhuhai-Macau Bridge cuts the trip home to Macau to just an hour. Mentally for Lau, it's like completing a circle.

Her Hengqin series is based on the commute between Macau and Zhuhai. It features elements such as fresh oysters, the bridge and the island – re-creating a prosperous coastal city that is emerging as China's next financial center.

Lau is gaining fame in the art and fashion world. Her works are displayed at fashion weeks, in art exhibitions, in hotel afternoon tea events, in real estate projects and in fashion boutiques.

Her Chiwawa series was unveiled this year. It features the image of a cute, chubby girl, and links her previous designs from different cities with a new theme of an oriental garden.

The series is dedicated to women, though it's also probably a self-reflection of the designer's own inner world.

"My designs focus on the unique characteristics of modern women, who might be on the move like me," Lau said.

"They are tough and independent, but they also need love and care. I hope my designs in warm colors give them healing power." 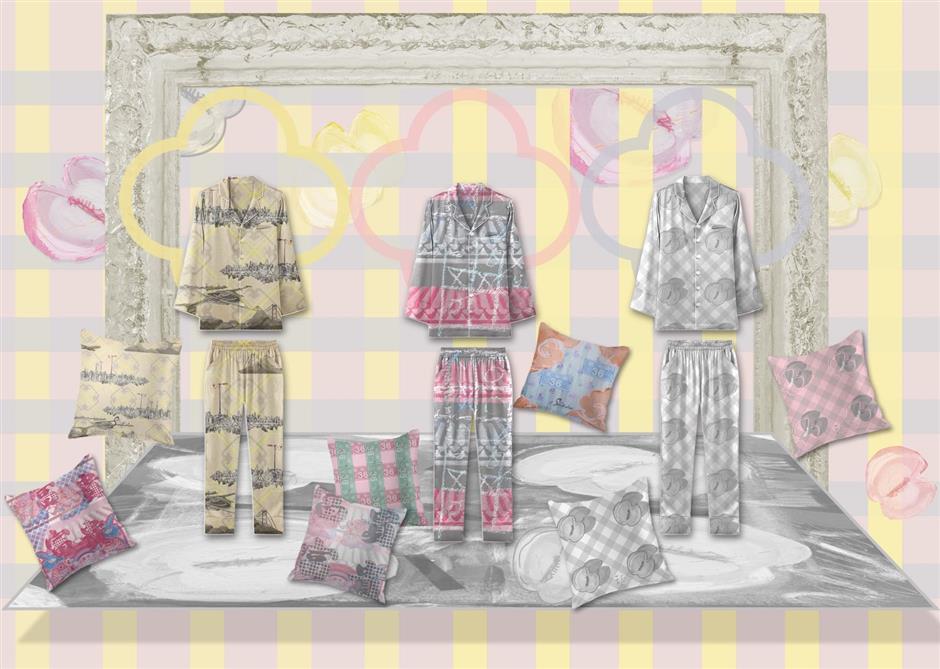