Shengjian dumpling battle: Which brand will take the crown?

Pan-fried dumplings, also known as shengjian, are a type of small steamed bun — a real Shanghai specialty. They are traditionally filled with pork and gelatin that melts into a kind of soup when cooked. Shengjian have been one of the most common breakfast items in Shanghai since the early 1900s. As a ubiquitous breakfast dish, these little delicacies hold a significant place in Shanghainese culture.

Today, the Guide Battle has selected five pan-fried dumplings from five famous chain brands around the city. Five groups from different countries and regions were invited to give them all a taste and then let us know their personal scores for each dumpling. None of the tasters knew which brands they were eating.

Let’s see what they think, and find out which one will take the shengjian crown.

Watch: The five testers give these juicy dumplings an honest tasting in our short video recap

Tools: a knife and a scale 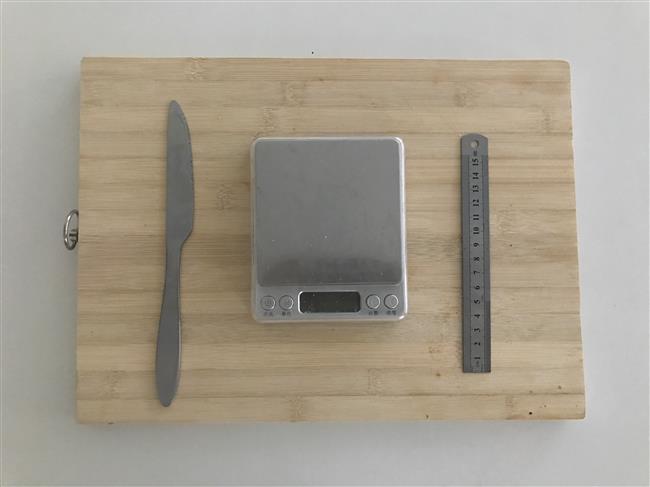 First, weigh each pan-fried dumpling on the scale. 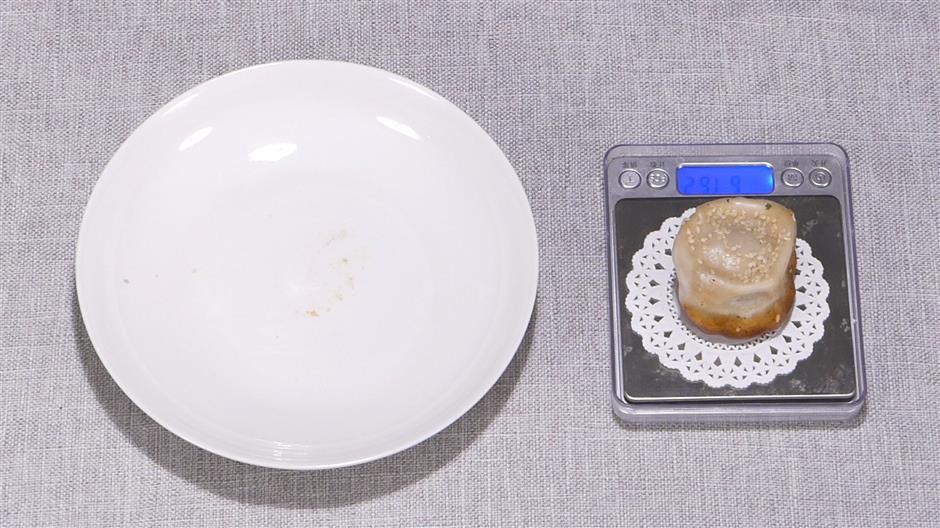 Second, cut each dumpling to get to the meat inside. 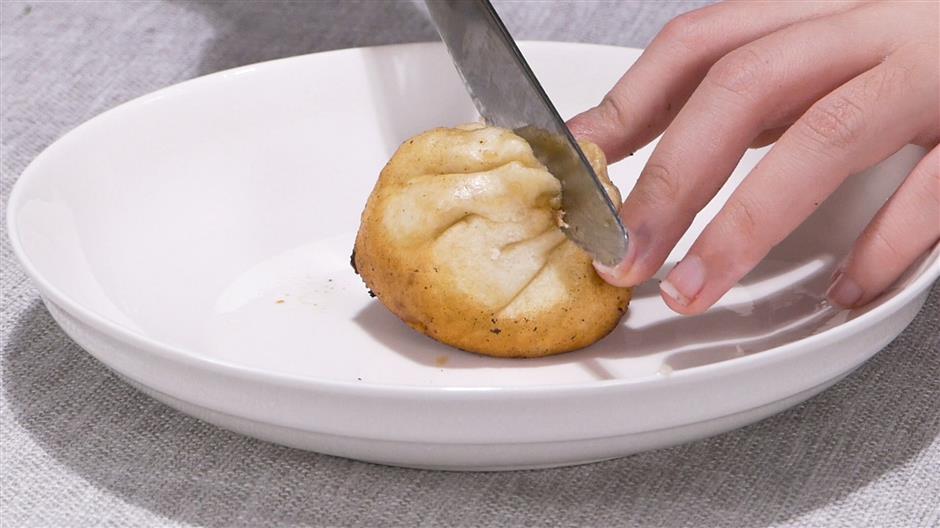 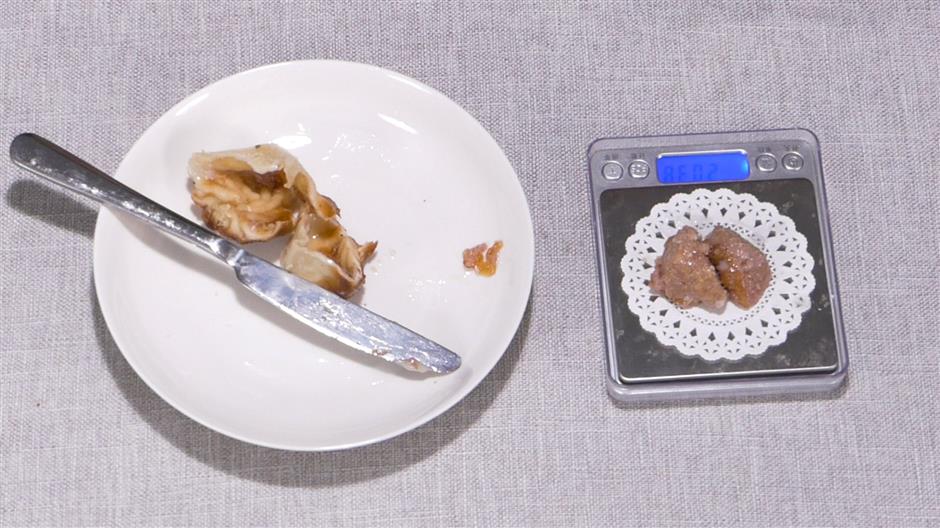 Check out the results from this simple test: 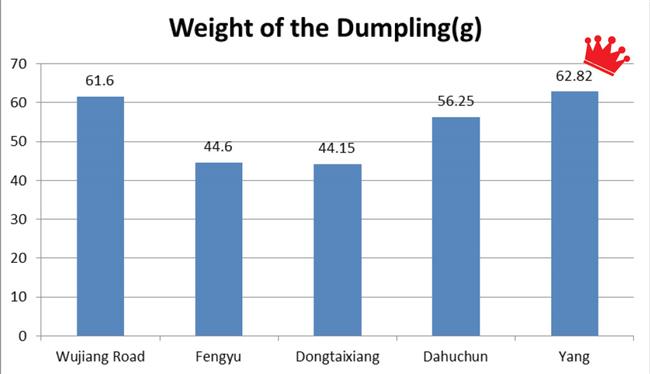 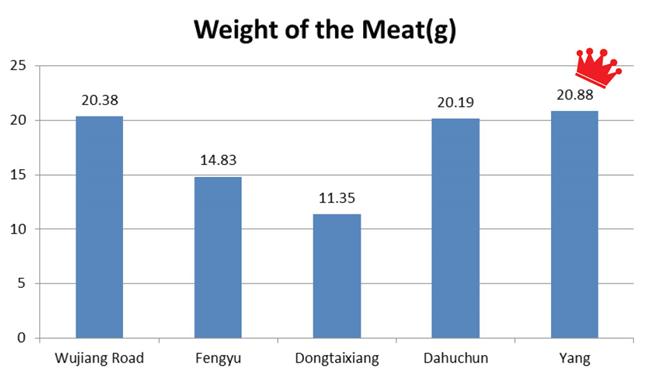 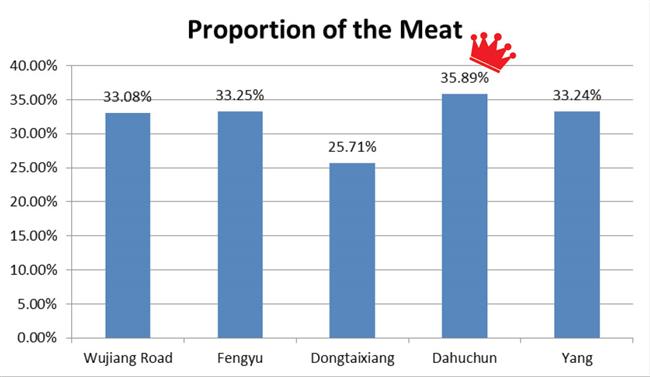 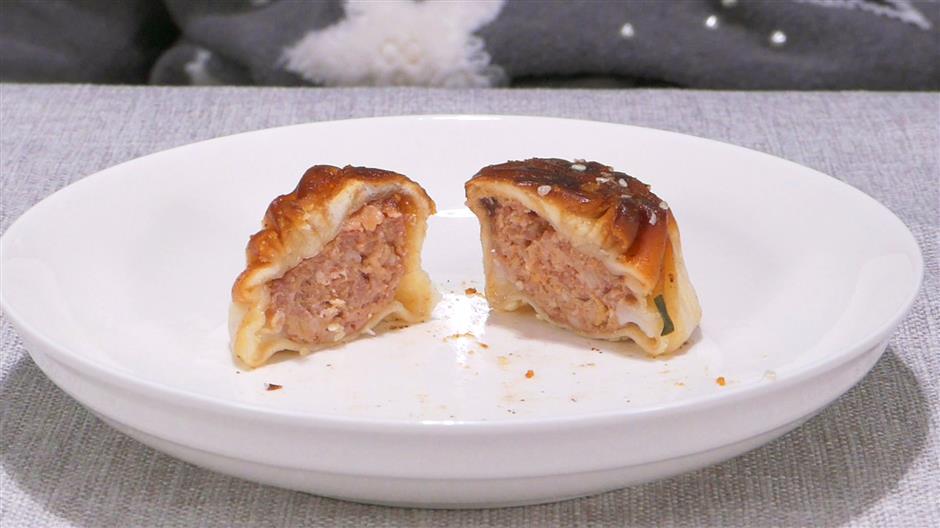 Wujiang Road Dumpling is a famous, time-honored brand in Shanghai, named due to the location of its first ever store. Since 2003, it has opened more than 60 outlets across Shanghai.

The pan-fried dumplings here are full of oily soup. If you like a heavy taste, you'll love them. Their base is firm and crispy, and the meat inside is free from extra additives. The white sesame seeds on top make this shengjian  even more delicious. 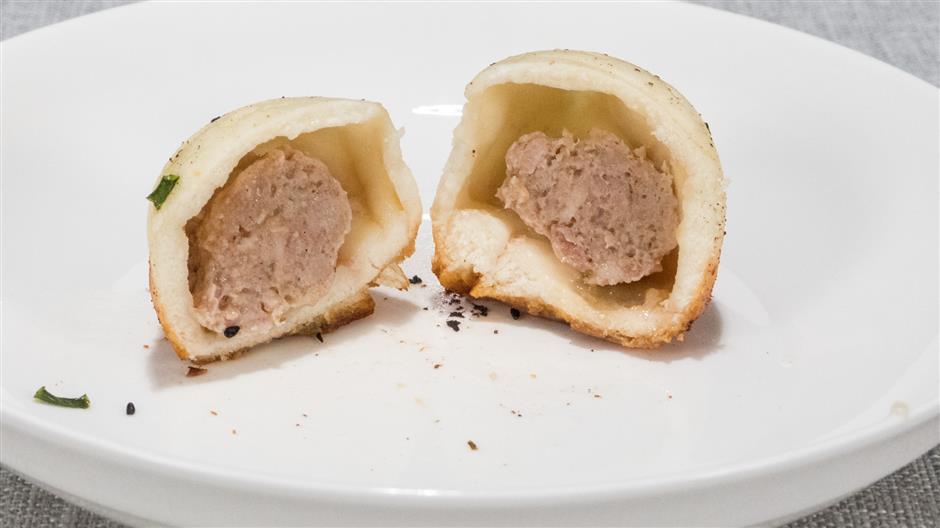 Fengyu Dumpling was founded in 1995, and was named a “Top Chinese Snack” by the China Cuisine Association in 1997.

With spring onion on top, the shengjian here have the best appearance among the five. But the skin was thick, and there wasn't much meat or soup inside, so they tasted a bit dry. The overall taste was salty. 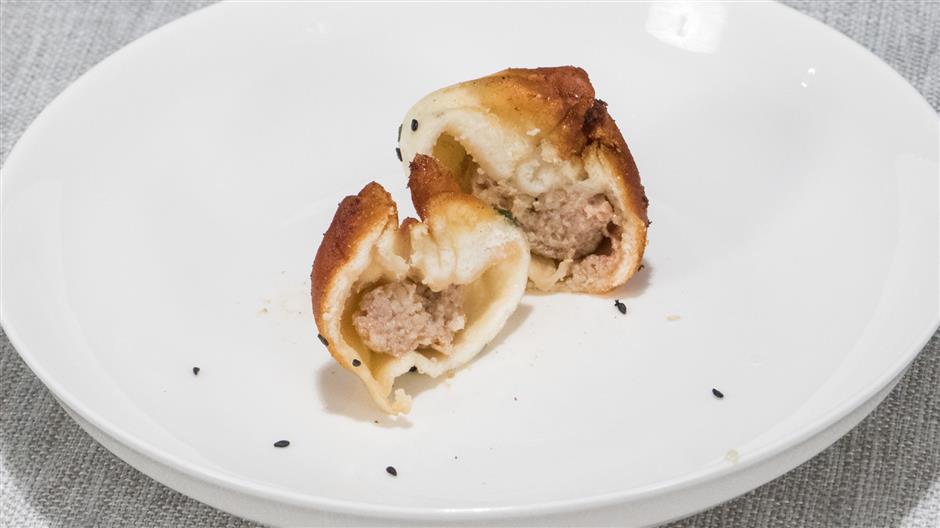 Dongtaixiang, a time-honored Shanghai brand, makes traditional, local shengjian using old-style methods. Their dumplings are a little more expensive than the others.

The skin was thick and tasted sweet. The base was nicely charred, making them hard and crispy, but they contained the least meat of the five brands tested. The black sesame seeds on top added some flavor and a nice appearance. 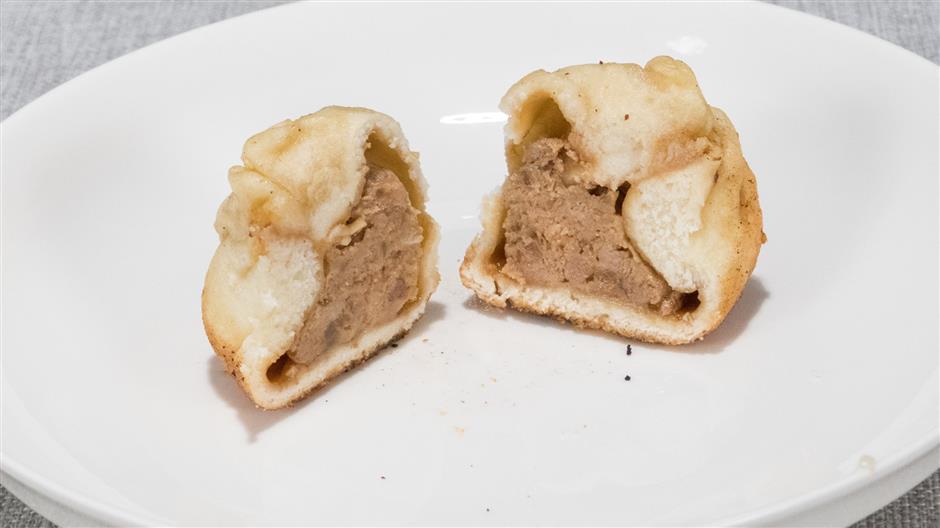 Dahuchun's dumplings have no soup inside, which has been their point of difference since 1932 when they first appeared on the market. These unique dumplings are quite different to the others.

The dumplings here are also much bigger than the other four chains tested. The skin was a little too thick, and the base wasn't crispy.

However, the meat was seasoned and mixed with green spring onion, which gave them a unique flavor. 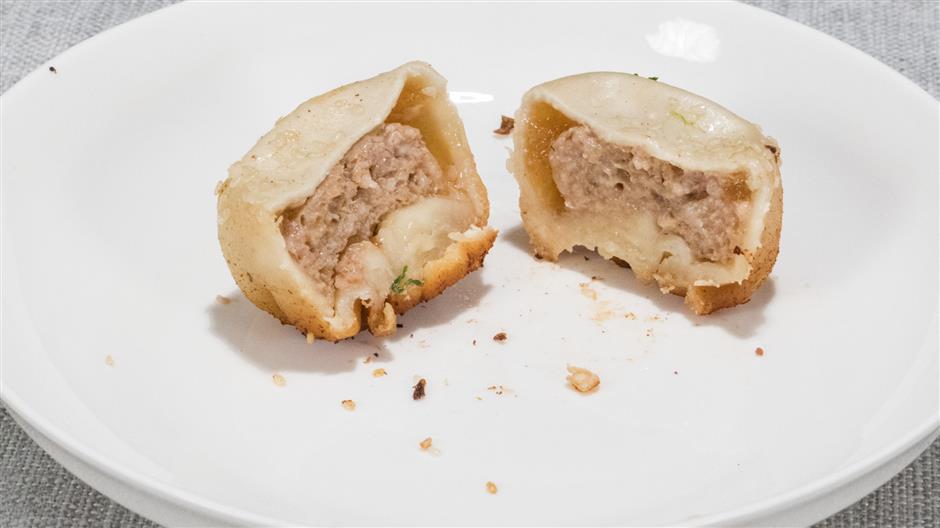 Opened 20 years ago, Yang’s Dumpling is now one of the best-known brands in the city, with over 100 stores across Shanghai.

The skin of the dumpling was thin, and there was plenty of soup inside. The meat was soft, and the overall taste good: not too greasy and not too dry.

﻿
Special Reports
﻿
61809
,
Cherries blossom in a glass of Sangiovese
Time to make the most of mussels
Marrakech, an exotic spice of culinary life
Hand mixers boom hits the nation
Serving up an authentic taste of Singapore
So you think you know noodles?
Michelin stars for restaurant's Taizhou cuisine focus
Restaurants find ways to adapt to outbreak
Snacks will keep your guests happy
The Cut Meatery calls out to local carnivores
EXPLORE SHINE