COVID-19 and home quarantine have given people their longest Chinese New Year holiday, and the long, yet boring, break has proved one thing — people want to bake when there’s too much time to kill.

On February 24, Taobao posted on Weibo that people were buying up hand mixers, with brands including Bear and Donlim taking presale orders while stepping up production as quickly as possible.

Here’s the reason behind the sudden surge in demand. Hand mixers are not essential kitchen appliances in China, they are mainly used in Western-style baking to beat eggs and whip cream, neither of which are part of Chinese culinary tradition.

But one recipe has intrigued the general public over the past two months — rice cooker cake. This requires beating egg whites to a hard peak but doesn’t require an oven. Baking is also not a essential technique in everyday Chinese cooking and many Chinese home kitchens are not equipped with an oven.

Rice cooker cake is basically a sponge cake that can be decorated with cream and fruits. It requires only eggs, flour, milk, oil and sugar, cheap ingredients that have been easy to buy since the epidemic began. The only tricky part is beating the egg whites.

Most trending tutorials claim that rice cooker cake is a zero-failure recipe, but there are many surprises in baking especially when it involves egg whites, so people have also shared lots of their failed attempts on social media.

But one thing has been observed amid the nationwide enthusiasm for cooking — the most popular recipes are almost the exact opposite of what would constitute a healthy diet during a time when people ought to be boosting their immune systems. 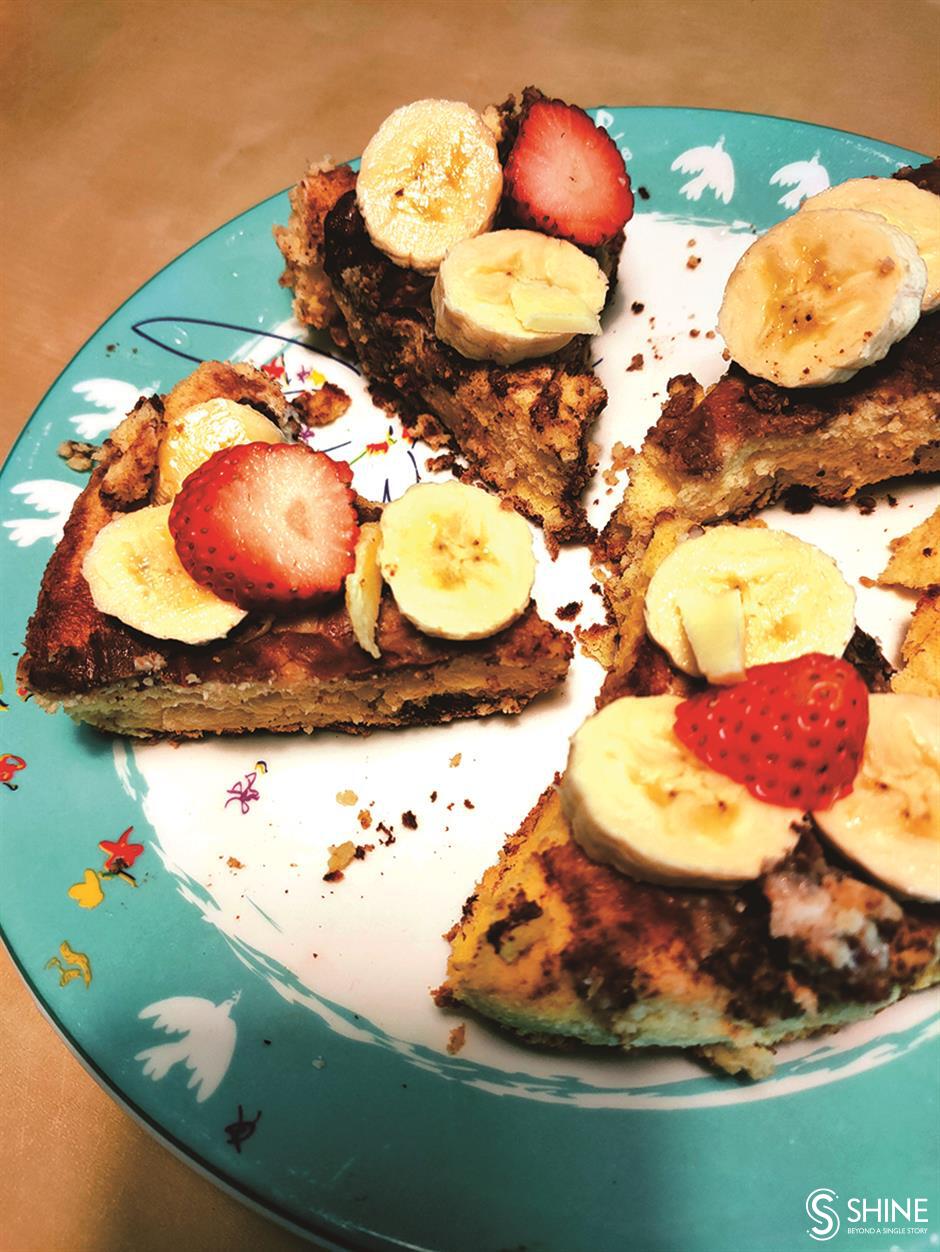 Besides baking, making flour-based foods at home has been vastly popular for similar reasons. From young people who seldom cooked meals at home to parents and grandparents, numerous people were learning how to make liangpi (cold noodles made with flour starch), youpomian (hand-pulled noodles with a sizzling oil dressing), brown sugar pancakes, egg custard tarts, deep-fried milk custard, fried chicken wings with potato chip coating, to name but a few.

The trending dishes are filled with sugar, fat and carbohydrate, and this, combined with the significant drop in exercise due to home quarantine, makes losing weight a necessary task for many as work resumes.

Chinese cuisine emphasizes making the best use of seasonal ingredients. Fresh produce in spring is able to help the body adjust from the bold and rich flavors of winter. And a delicious way to lose weight is to enjoy fresh vegetables, shrimp and fruits.

Eating clean and healthy is easy when you balance your meals to include lots of greens, a good amount of lean protein and healthier carbohydrates such as cereal grains.

Leeks are a strongly flavored vegetable that belongs to the same genus as garlic, onion, chives and scallion. The fragrance of leeks is unique and pungent while they provide rich fiber to improve the digestion. The best season to enjoy leeks is in spring when the leaves are fatter.

For both nutritional and safety reasons, leeks should be cooked and consumed in moderate quantities.

Fresh broad beans are now in abundance. They are among the most sought-after spring delicacies and a simple local recipe is just stir-frying tender fresh beans with scallion. Broad beans are a fiber-rich and nutritious food that can provide protein, vitamins, folate and minerals such as magnesium, calcium, iron and copper. 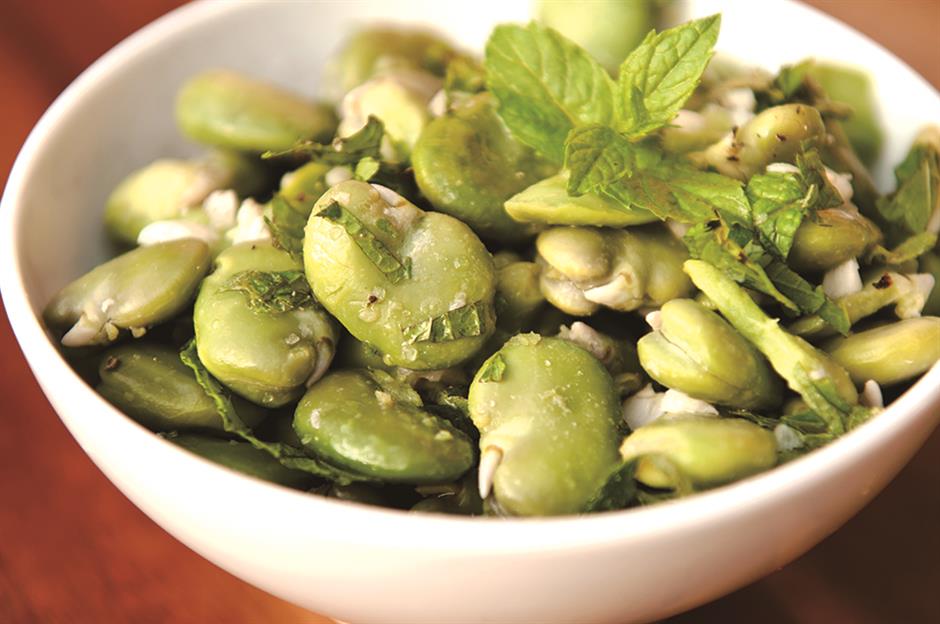 For a low-calorie snack, fresh broad beans can be boiled with spices including dried chili, star anise, Sichuan peppercorn and salt. The texture of boiled broad beans is much softer, and the intense flavor makes it quite a satisfying late-night snack.

Shepherd’s purse is another seasonal green vegetable and one of the most common wild herbs, with many uses in cooking.

Shepherd’s purse and tofu soup is an all-time classic, with its light and refreshing flavor combined with the silky-smooth texture of soft tofu making it perfect for the post-holiday diet. A shepherd’s purse salad can be made in minutes by boiling the leaves quickly in water and seasoning with a classic Chinese dressing of salt, sesame oil, chili oil, sugar and vinegar.

You can also find this green vegetable in wonton fillings or rice cake stir-fry. 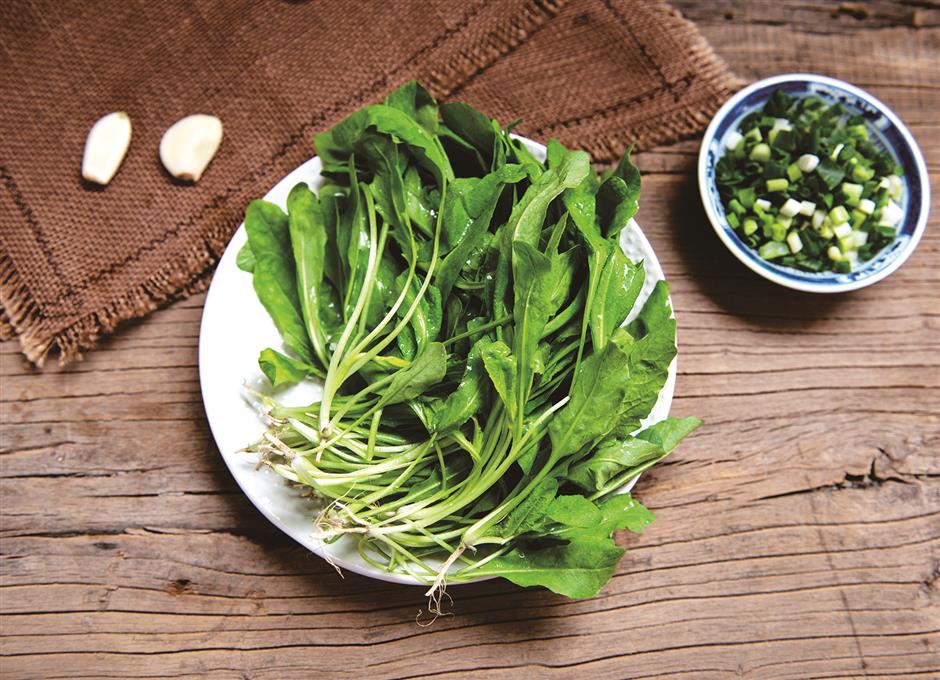 Chinese toon, a really smelly vegetable known as xiangchun, is now ready. People have a love-or-hate feeling toward its unique fragrance and the price of Chinese toon is not cheap early in the season.

The vegetable is best stir-fried with scrambled eggs, though some people also make Chinese toon salad and pair it with tofu and sesame oil.

Small freshwater shrimps are now available in the markets. They are either fried in oil after coating lightly with starch or stir-fried with green peppers in soy sauce. The small shrimps are eaten whole and their shells add a delightful crunchy texture. 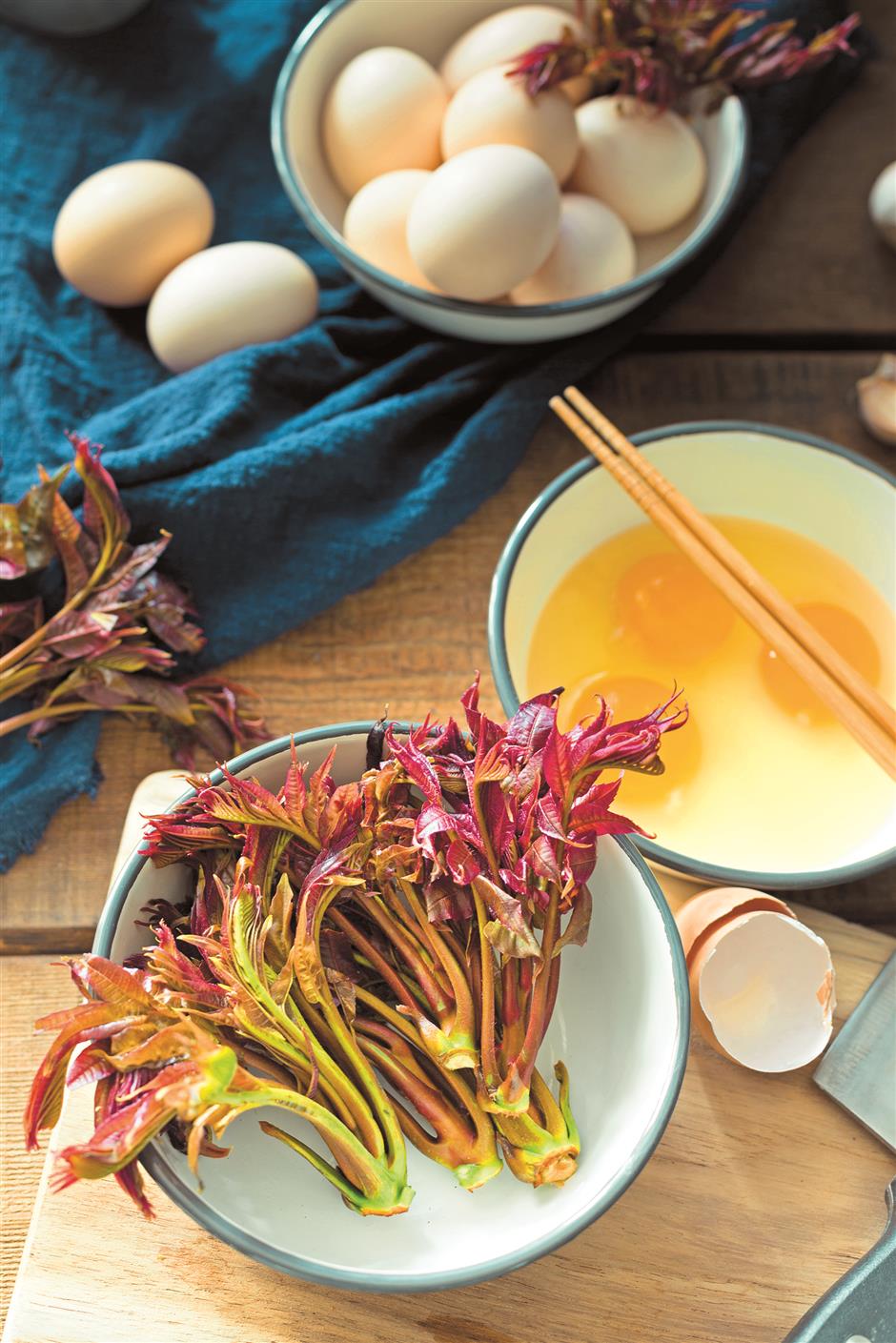 For people who prefer meatier shrimps, the mantis shrimp is a favorite from the sea that can be cooked in a variety of ways. The best time to enjoy mantis shrimps is April to May because the female shrimps in spring contain delicious, rich roe.

Steaming the mantis shrimps with scallion and ginger is an easy and healthy recipe that preserves the original flavor of the seafood. The alien-looking shrimps have a very hard and spiky shell. To break it apart, you should cut off both sides of the shrimp with a pair of sharp scissors and then the abdomen will separate easily.

Now is also the time to enjoy small squid, which are tender, bouncy and filled with delicious paste. Blanching the clean squid in boiling water that’s seasoned with scallion, ginger and celery is a convenient way to enjoy this fresh catch. A dressing of light soy sauce and small red chilis is the perfect companion to the umami squid.

Another recipe to enjoy is to cook the squid rings in rice congee and serve them with some light pickle. 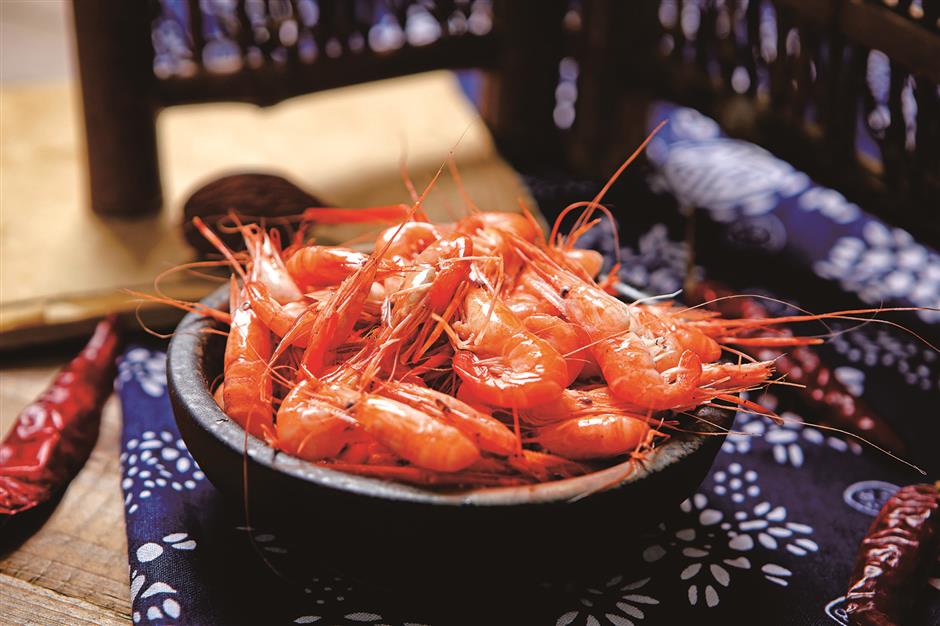 These small river shrimps are a delicacy of the spring season, with their crunchy texture and umami flavor.