Seafood buns with shrimp well worth queuing up for 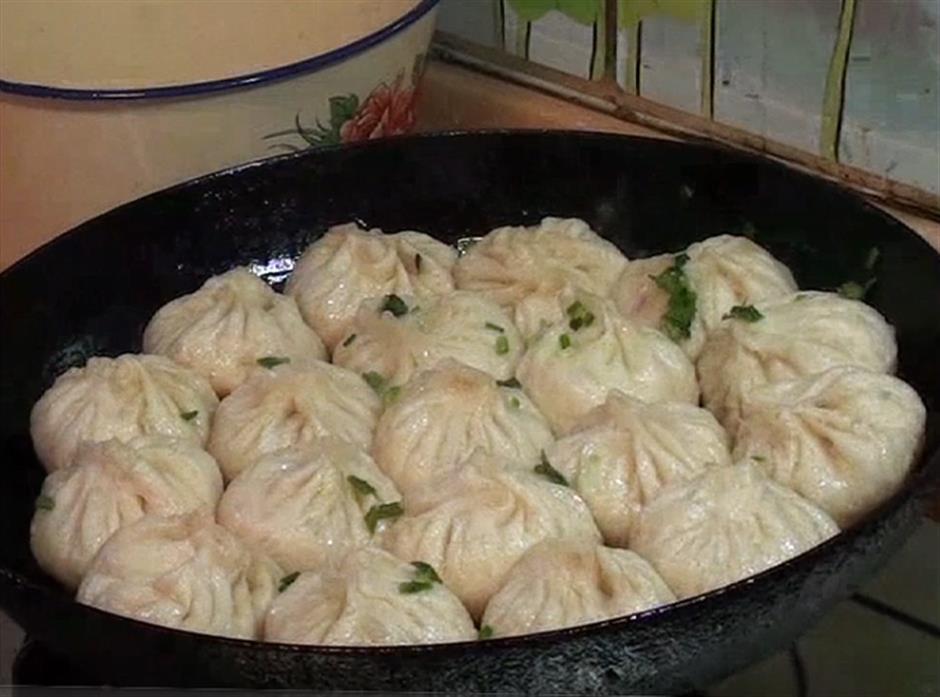 Shengjianbao, or pan-fried bun stuffed with pork, is a popular Shanghai snack adored for its juicy filling and crispy pastry. In the district’s Sijing Town a local dim sum store used to add dried shrimp to the filling to make its special seafood-flavored shengjianbao. This kind of pan-fried bun tasted so good that during a food exhibition in Songjiang decades ago, buyers formed a long queue in front of the store’s booth to try the seafood-flavored shengjianbao whereas the ordinary ones in other booths were somehow eclipsed by it.

Dried shrimps, after soaked in warm water, are cut into pieces.

The 400 grams of fermented dough will be mixed with the 100 grams of ordinary dough and the whole mixture will be rubbed into 40 pieces of bun skins, to be used to wrap the filling.

Put oil in a pan, put the buns onto the pan and fry them until half of the buns turn a golden color. Then you can have a bite of the classic seafood buns which in the past people made a long queue up for them.