Ever-evolving trends in cuisines and wines

The advancement of cooking has been achieved more through baby steps than revolutions. As covered in today’s paper, what’s happening in French kitchens in Shanghai and with progressive chefs worldwide is a natural evolution of cooking caused by changing socioeconomic realities. True revolutions in the history of gastronomy have been rare.

The invention of fire was perhaps the earliest cooking revolution followed by domestication of plants and animals. The 15th century discovery of the New World and the plethora of new ingredients to European and Asian cuisines that followed may also be considered revolutionary.

However, the use of local ingredients by international chefs sometimes popularly referred to as farm-to-table is more a trend than a revolution. Its also anything but new.

By necessity prehistoric and ancient cooks used local ingredients, and until recently the vast majority of all humans had few options other than sourcing foods locally.

Technology, urbanization and globalization have certainly changed this, but an increasing number of chefs and enlightened home cooks are readopting the practice of eating local ingredients. Their motivation is obvious — it’s healthier, tastier and better for the environment.

The Nouvelle Cuisine of the 1960s and 1970s, New American Cuisine of the 1990s and more recent Italian zero kilometer movements are all antecedents to what is happening in French and other progressive kitchens in Shanghai. All these schools of cooking emphasize freshness and that by its very nature means more local sourcing. I was never a fan of the Nouvelle Cuisine, give me an Escoffier classic any day, but it did have beneficial facets including using fresher and healthier ingredients and more approachable that the latter two movements further advanced. 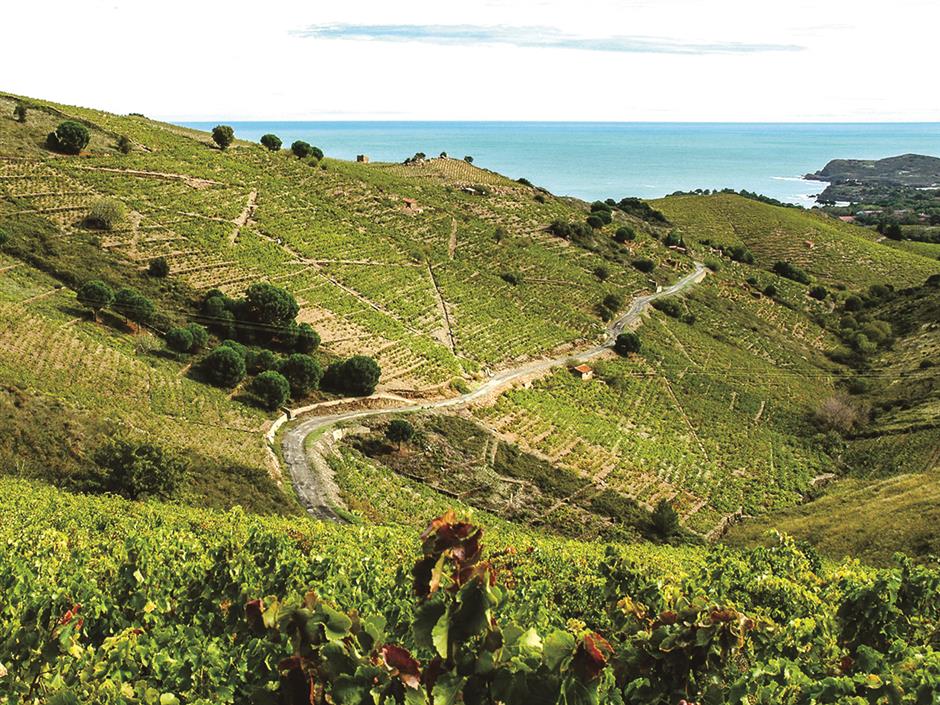 When many people think of the south of France they envision the polished and sophisticated beauty of Provence. To the west, Languedoc is a wilder and more rustic.

Some refer to the region as Provence without the tourists. Stretching from the Rhone Valley in the east to the Spanish boarder in the west, this is the largest wine region in France that accounts for an astounding third of all national output. Languedoc may lack the lofty reputation of other French wine regions but the history and potential of it is impressive.

In the fifth century BC, long before the more famous wine regions of Champagne and Burgundy were making wines and when Bordeaux was still a swamp, Languedoc had a thriving wine industry. The first to bring wines were Greek traders who discovered the region’s natural affinity for winemaking.

For most of its history wines from the Languedoc region enjoyed a good reputation, however the advent of the Industrial Age in the late 19th century and demand for mass production of wines had a negative impact on quality. Enormous demand for cheap wines to fuel the thirsts of workers, as well as the French soldiers in the early 20th century resulted in mass-produced, diluted wines. These were factory wines for the proletariat and were commonly blended with the dark and viscous red wines of Algeria.

The result was over a century of very bargain-basement, undistinguished wines that made Languedoc the single largest contributor to the European wine lake, a popular euphemism for excess wine that couldn’t be sold. The Languedoc brand had sunk to new lows, but thankfully over the closing few decades of the 20th century a renaissance of sorts began. New investment and creative new winemakers started exploiting the natural advantages of the region.

Languedoc has always had the weather and land to make excellent wines. The abundant sunshine and selected higher altitude vineyards that benefit from a combination of sea breezes and cooler evening temperatures only needed new investment along with dedicated and passionate winemakers to reach their potential. The soils vary from chalk, limestone and gravel in inland areas to more alluvial soils near the coast. Some of the most prized vineyards have large pebbles similar to those found in the southern Rhone. The dry climate during the growing season also cooperates in the quest to make ever higher quality wines.

Over the years the region has sported numerous monikers including Pays d’Oc and Languedoc-Roussillon but recently all can be under the generic Languedoc AC appellation that encompasses numerous sub-appellations like Saint-Chinian, Minervois, Fitou and others that have distinctive terroir and wine styles.

Some of the most approachable and affordable wines are single varietal Languedoc AC wines.

Today the region sports the widest variety of grapes in France ranging from classic Mediterranean red varietals like Carignan, Grenache, Cinsault and Mourvedre as well as other popular French varieties that are now often referred to as international varieties like Cabernet Sauvignon, Merlot and Syrah. Languedoc is still predominantly a region of red wines but crisp and stylish whites and rose wines are also made.