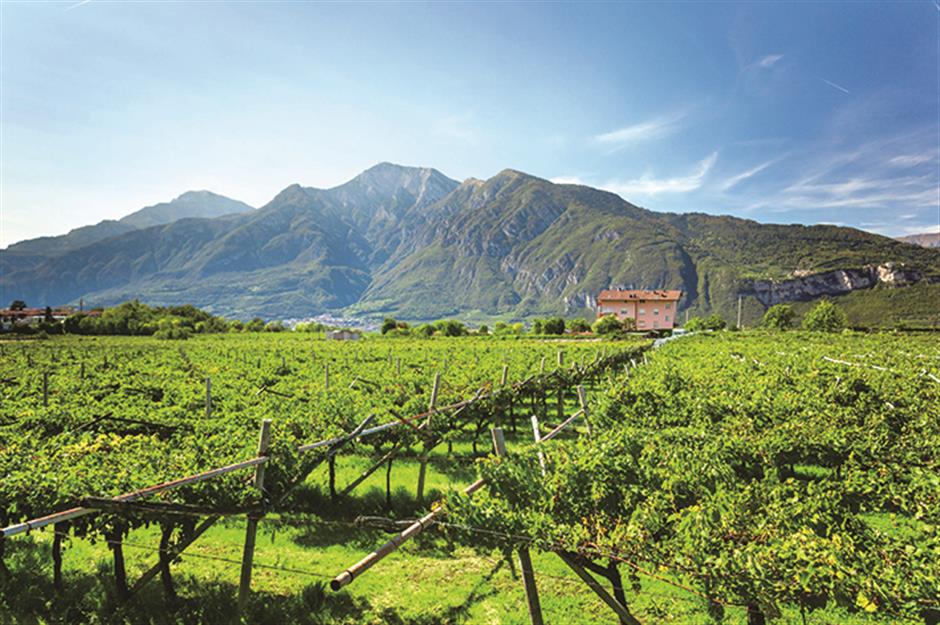 Tomatoes have conquered the global culinary map, but it wasn’t always that way. The long and arduous journey to popularity begins well over a million years ago in the northern reaches of the Andes Mountains in South America when the ancient nightshade plant mutated into several related but different species. One branch became the tomato while others evolved into potatoes, chili peppers and tobacco.

Some food historians postulate that about 2,500 years ago the tomato plant was first domesticated by the Aztecs. Others speculate that earlier Mesoamerican cultures most likely domesticated the plant before the Aztecs. Whoever the original cultivators were, they learned to selectively breed only the edible genera of tomato for consumption as well as the hallucinogenic species for religious ceremonies. The modern-day tomato notwithstanding, several types of poisonous tomato plants still exist in the wild.

The tomato’s migration to cuisines worldwide began in the Age of Discovery. The first European to encounter the tomato was Christopher Columbus but fellow explorer Hernan Cortes first brought seeds from Montezuma’s gardens to Iberian shores in 1519.

By the mid-16th century, several regions of Spain were cultivating tomatoes but most Europeans were hesitant to eat this reputably poisonous fruit.

The English even believed that eating tomatoes would turn one’s blood into acid. Save for a precious few intrepid European epicurean thrill-seekers, for over a century the tomato was used primarily as a decorative plant. In the 18th century in Spain and Italy advances in selective breeding led to more palatable tomatoes and by the 19th centuries they were a popular ingredient in many dishes, especially in Mediterranean cooking.

When they first arrived in China sometime in the early the 17th century, tomatoes nonplused most Chinese gourmets. Some credit the unassuming scrambled eggs and tomato dish with popularizing tomatoes in China. In varying degrees of rapidity and import, chefs in China started integrating tomatoes into a select number of regional dishes.

Chinese and international tomato dishes are yummy by themselves, but when accompanied by a synergistic wine they become even more scrumptious. Naturally there’s no one best solution for pairing wines with tomatoes for the simple reason that the world of tomatoes is incredibly diverse. However, one important pairing discriminator for pairing all tomatoes with wines is acidity. All tomatoes have acidity and so must all tomato-friendly wines feature good acidity. One Italian region that produces remarkably fresh and aromatic tomato-loving white wines.

Nestled in the most northern Alpine expanses of Italy is the wine region of Alto Adige. The northernmost wine region in Italy features steep hillside vineyards that slope down to the Adige River and its tributaries. The combination of sloping vineyards with excellent exposure to the sun and a climate featuring sunny days and cool evenings results in exceptionally fragrant white wines with bracing acidity.

Recent archeological digs in Alto Adige have uncovered ancient winemaking tools and storage vessels dating to 500 BC, coincidentally about the same time the tomato was first domesticated. Centuries later during the height of the Roman Empire the wine trade in Alto Adige was flourishing. As the sun was setting on the Roman Empire, Frankish and Bavarian monks took over many wineries and keep the art of winemaking in this region alive.

The great city states of the Italian Renaissance then the rise of the Austro-Hungarian Empire provided new markets for Alto Adige wines. At different points of history, the region was part of the Austro-Hungarian and Holy Roman Empire. It wasn’t until 1918 that the region was returned to Italy. The German-Austrian influences are still seen in Alto Adige as the region has two official languages, German and Italian. This is reflected in the bilingual wine labels.

The whites of Alto Adige offer a symphony of delightful aromas ranging from yellow and tropical fruits to white flowers and herbs. The three most planted white varietals are Pinot Grigio, Sauvignon Blanc and Gewurztraminer. Excellent Rieslings are also made.

Alto Adige Pinot Grigio wines are approachable and offer an abundance of ripe fruit scents and flavors, a weighty mouthfeel and prominent acidity. More serious and structured are the Sauvignon Blanc wines that feature aromatics, intensity and abundant acidity. Gewurztraminer whites commonly bequeath exotic floral and spice and lively aromas that literally jump out of the glass. Rieslings tend to have restrained fruit, lively acidity and good minerality.

All the aforementioned qualities make the whites of Alto Adige perfect companions to many tomato preparations.

The China market has a limited offering of Alto Adige wines but fortunately a few of the best producers have wines available in Shanghai. St Michael-Eppan is one of most acclaimed wineries with three exceptional whites, the Montiggl Riesling, Lahn Sauvignon and Gewurztraminer. All exhibit the fresh and sophisticated qualities expected of top Alto Adige whites.

For seven generations Franz Haas has been run by the first-born son of the same name. This gem of winery in the foothills of the Dolomite Mountains is best known for Pinot Noir red wines but also makes exceptional whites. The fresh, rich and elegant Franz Haas Pinot Grigio is a beautifully crafted wine with fruit sourced from a select number of vineyards ranging from 300 to 800 meters above sea level.