Ningbo, a port city of 8 million people and a long history of trading, is keen to become an international tourist hot spot. During the National Day holiday, an imported franchise of the Nice Carnival was held to bring fun to domestic and foreign tourists.

The Ningbo-Nice International Carnival would be a certain success, said Rudy Salle, vice mayor of Nice, at the opening ceremony of the carnival.

As the carnival’s media partner, Shanghai Daily joined foreign tourists in the carnival, and in exploring the Tianyi Pavilion and Xuedou Temple.

As a highlight of EU-China Tourism Year, the six-day carnival, which concluded on October 3, attracted more than 150,000 people who wanted to see the original Nice carnival with Ningbo characteristics. 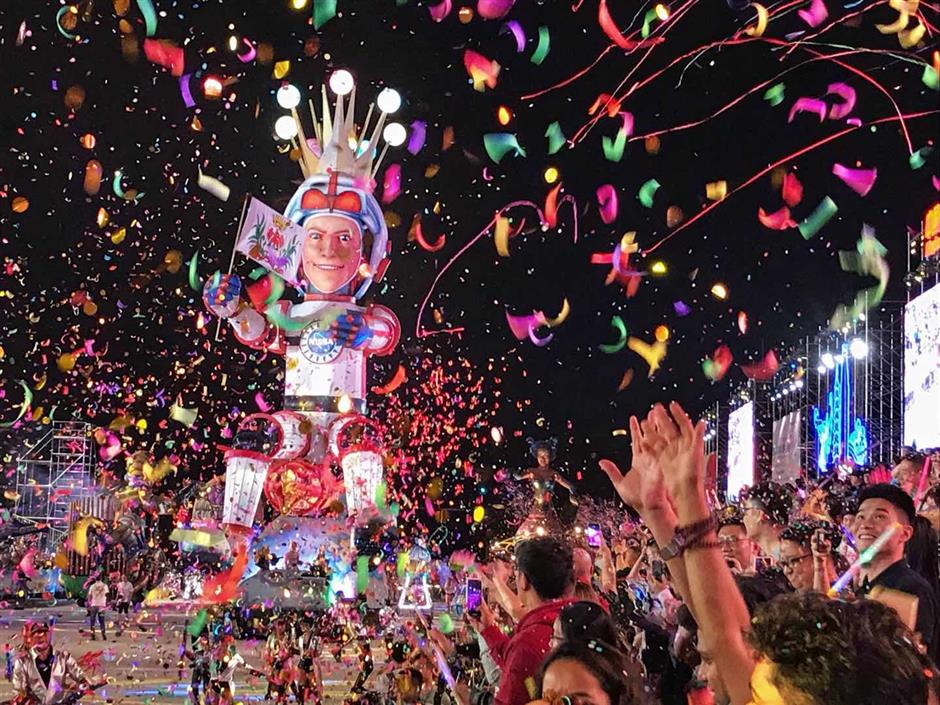 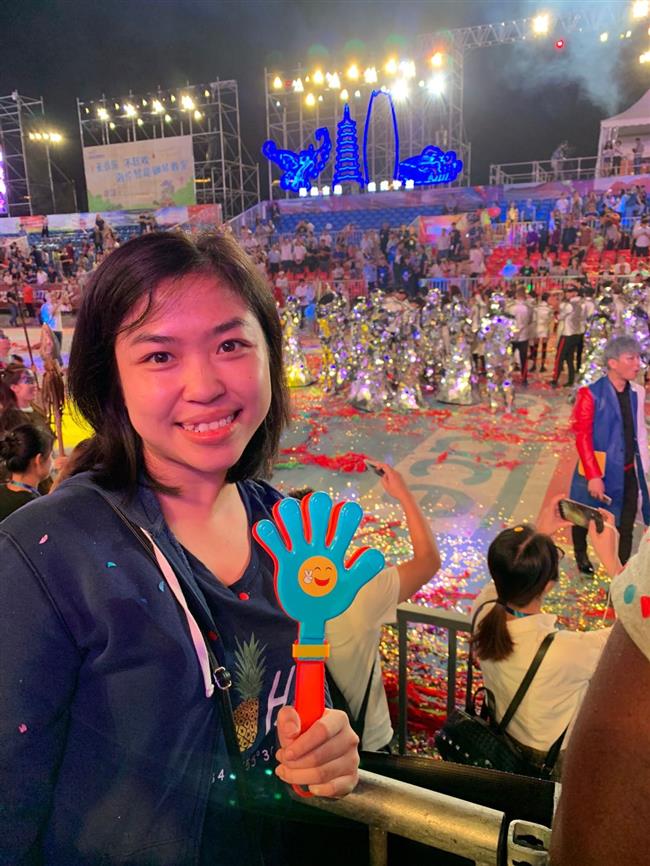 Lulu Nguyen, an exchange student from Vietnam, at the carnival

The carnival with the theme of “King of Space” featured a flower float of the same name, with a figurine 22 meters high, inspired by the French commercial pilot Thomas Pesquet who went to space in 2016.

Eleven other flower floats featured the “Queen of Space” and “Laika, the Dog,” the first animal to orbit the Earth.

Lulu Nguyen, an exchange student from Vietnam, said the dancers were really passionate and she loved how powerful and synchronized their moves were. Also, she really enjoyed seeing all the space-related floats. After the carnival, she had a new appreciation of the French people’s interpretation of the stars.

Another float, “Automatic Machinery,” took the form of a giant violin. Rock Agossow, from South Africa, said he loved the acrobats performing in the floats and everything about the carnival, especially the performers and dancers, who all looked beautiful and exotic. 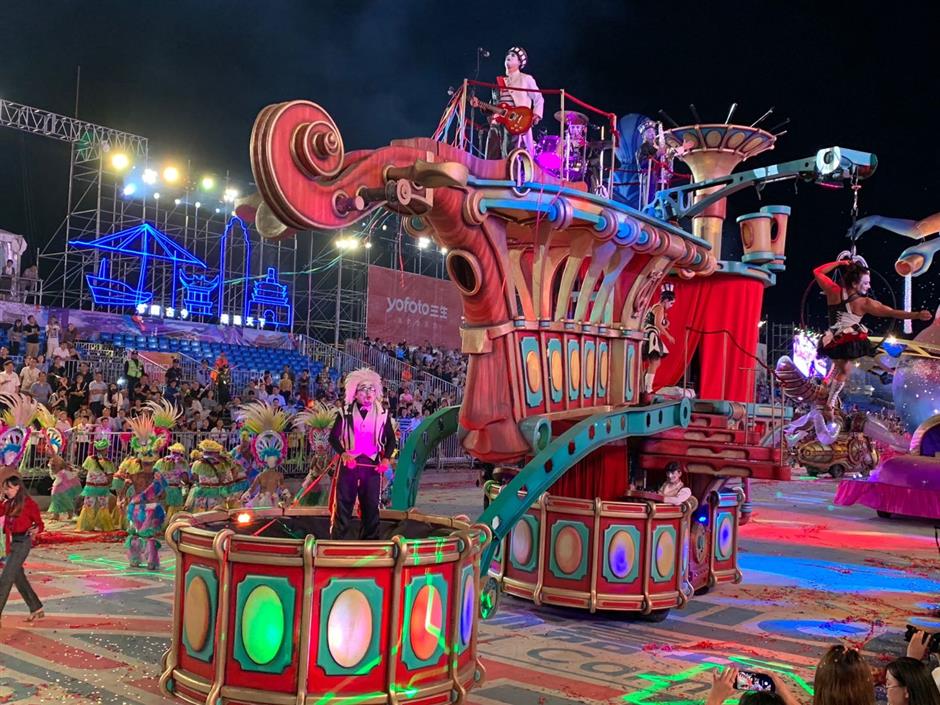 As a supporting event, Shanghai Daily also took a group of tourists to Tianyi Pavilion, a library and garden in Ningbo. It is the oldest existing private library in China, founded by Fan Qin during the Ming Dynasty (1368-1644). In its heyday, it boasted a collection of 70,000 antique books.

The library is one of the major tourist destinations in the city. The tourists learn its history, how the people of the Ming Dynasty stored books in cabinets whose locks had to be opened at the same time, with keys kept by different people, and how books were kept safe from fire, humidity, bugs and theft. 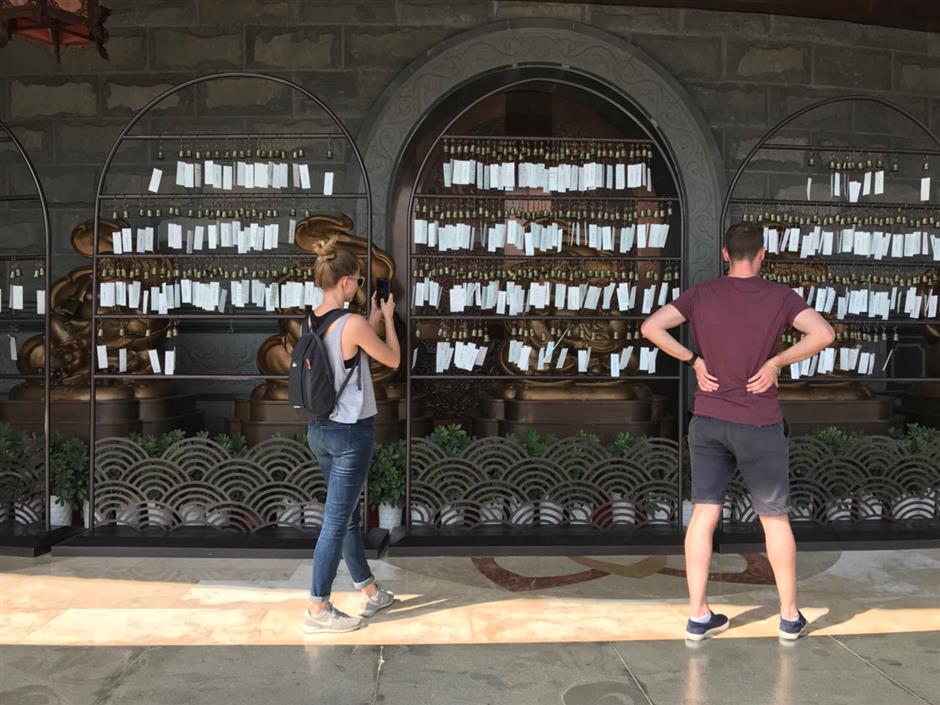 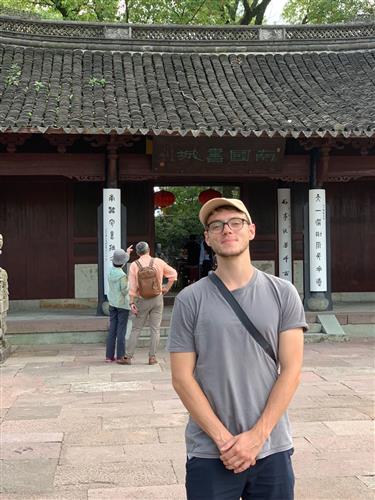 Philip Matschiles, a German exchange student at Shanghai Tongji University, said he had never seen such a beautiful library in a garden like this, and how interesting it was that the Chinese people had invented such ingenious ways to protect their precious books.

The tourists also visited Xuedou Temple, home to the largest sitting copper Buddha statue in the world. Located in Xuedou Mountain, the temple has a 1,700-year history.

Rock from South Africa was impressed by how big the Buddha statue actually was and was surprised to learn that the Buddhism played such a defining role in Chinese culture. 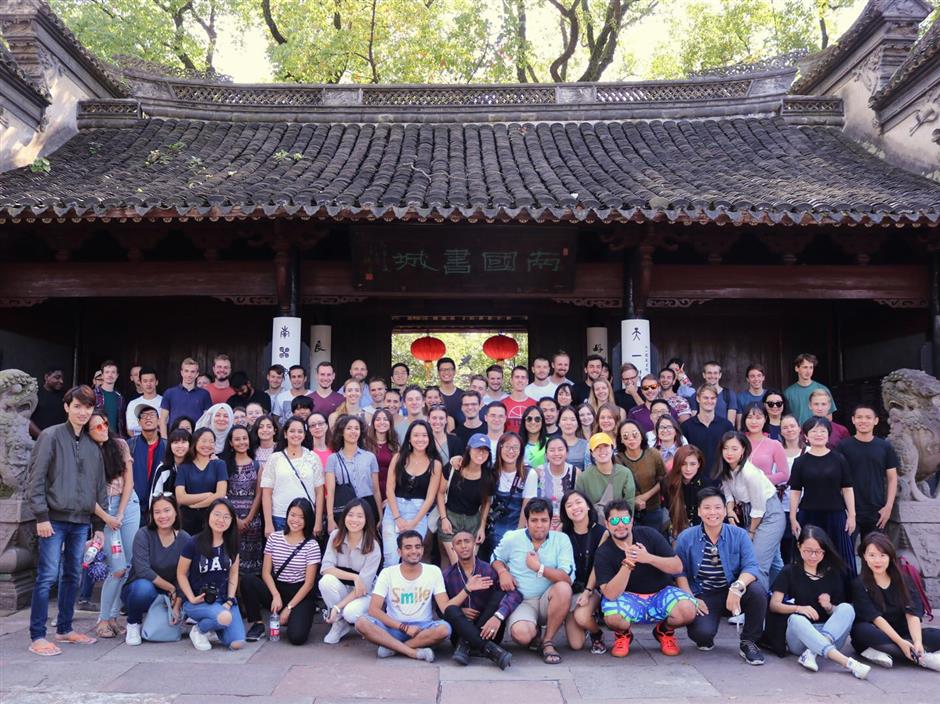 Q: Hi, Henry, since you have watched the whole show, could you tell me the difference between the two carnivals?

A: Maybe it’s the length of the shows. In Nice, the carnival lasts for two weeks, but it’s pretty much the same. Sometimes during the Ningbo Carnival, I felt at home. I like the French speakers and the French dancers. All the French elements just brought me home. It’s a little bit better for the Ningbo Carnival, because the floats go round, whereas the one in Nice the floats just go once, but the road where the parade happens is way longer in Nice.

Q: Do you think the Ningbo Carnival pretty much enacted most of the elements of the Nice Carnival?

A: Of course, it’s the same carnival here, the speakers, the confetti, the atmosphere, and the dancers, who interacted with the audience so much, shaking their hands, performing in such a unison. They really livened up the carnival.

A: Definitely the parade, I really liked the guy who’s on the sandwich float. But everything else was really cool, maybe just because I was hungry. And I also liked the musicians on the “Automatic Machinery” float, the music they played was pretty cool.

Q: Okay, I have one last question, is there anything you’d like to say to the carnival organizer?

A: Thanks for bringing me here, because it was really cool. I recognize Nice in this carnival. 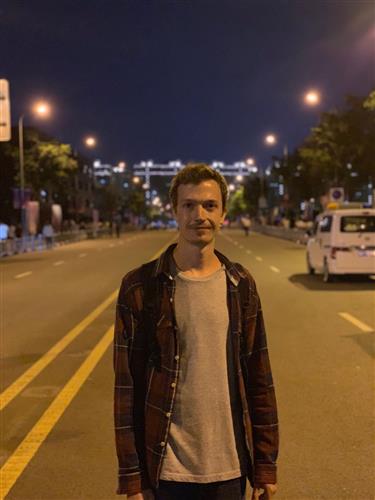 ﻿
Special Reports
ADVERTISEMENT
61793
,
For a spring break, take a stroll in our beautiful backyard
Been there, done that? Not at these quirky sites
B&Bs in rural areas add artistic flourish to farmland holidays
Xiangshan awakens with arrival of spring
Hangzhou abounds with festival activities
A step back in time in any language in Songjiang
Fudan University founder's home is renewed
Mount Chaoshan celebrates plum blossoms with cultural activities
All aboard for a culinary excursion that will tantalize the taste buds
An excursion that gives us something to think about
EXPLORE SHINE