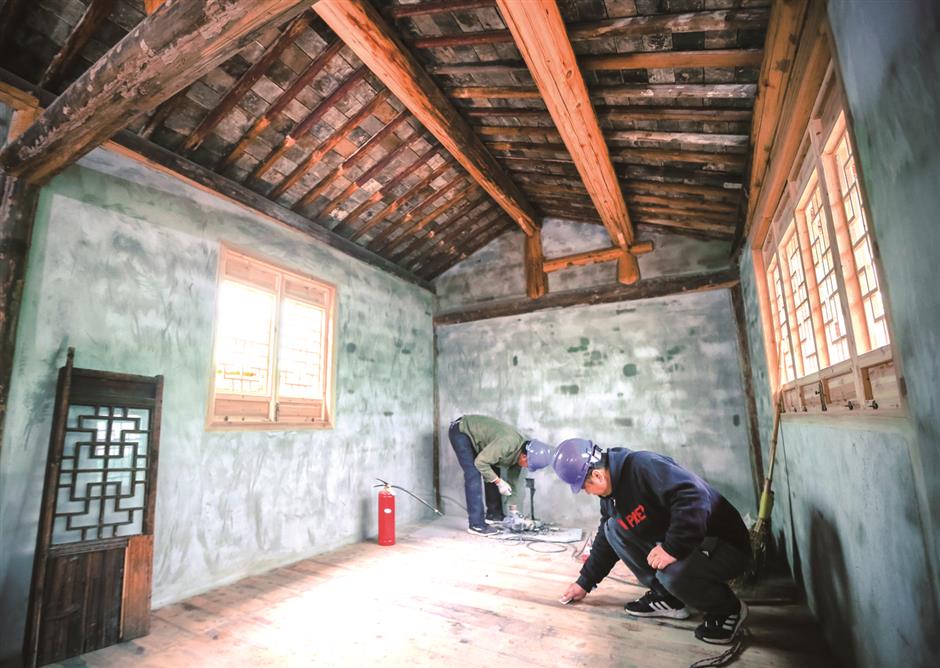 Craftsmen maintain the floor of the former residence of Ma Xiangbo. 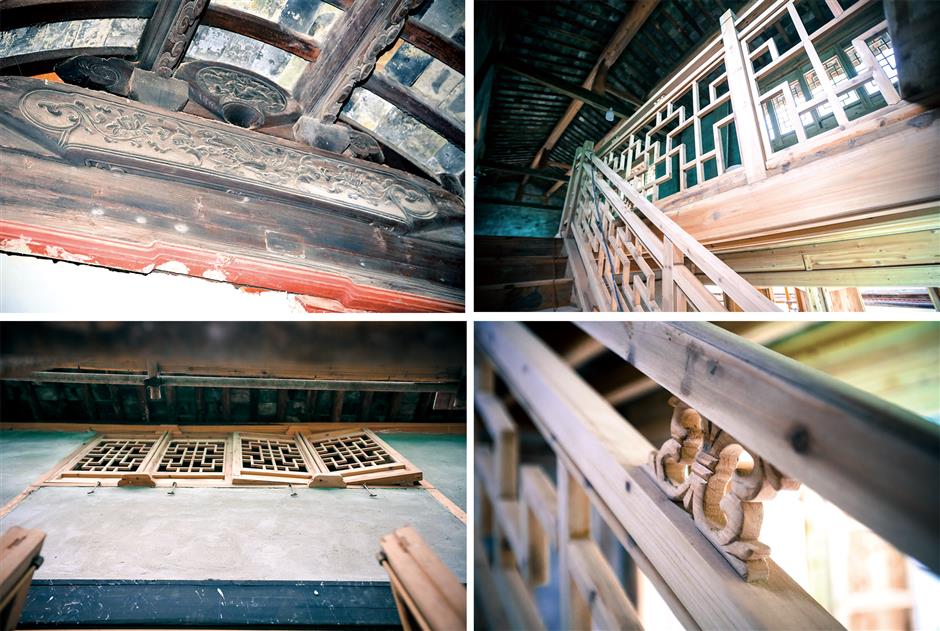 The ceiling and beam of the residence, as well as its staircases, windows and rails, will be restored as they used to be.

The second round of maintenance work on the former residence of Ma Xiangbo (1840-1939) in Sijing got underway recently to give its historic tiles and bricks a new lease of life.

Ma, founder and first president of Fudan University, was a serious student ever since he was a child. Once, on hearing that a new school had been founded by the local church in downtown Shanghai, Ma, at the age of 12, pursued his studies there on a winter’s night by boat.

He was a thorough master of Chinese literature, mathematics and philosophy. Proficient in eight languages, Ma gained his doctorate degree in theology at the age of 31.

He was also an educator who believed that “the way of self-reliance lies in giving people education, and the way of cultivating talent lies in founding schools.”

To raise funds for the establishment of Zhendan University, the predecessor of Fudan University, Ma donated 3,000 mu (200 hectares) of his ancestral farmland in Songjiang and Qingpu to a school-related church. In 1903 Ma and Shi Liangcai (1880-1934), a pioneer pressman in China, founded the private Yangzheng Primary School in Sijing.

Ma’s former residence, at No. 358 Kaijiang Road M. on Sijing Old Street, was called Shengde Hall when Ma and his family lived there. The Sijing Township People’s Government offered to renovate the residence in 2002 and it has been open to the public ever since.

Seated in the north and facing south, the house in Sijing was built in the 1700s. It used to have five buildings and four gardens. Now only three buildings and two gardens are left. Compared with the original map in the Shanghai Archives, the current residence is about a quarter of its previous size.

During his stay in Sijing, Ma also made contributions to the public welfare of the town. He founded the Huiyuan Rice Mill, the first rice mill in Songjiang that depended on steam power, in 1908. In 1910 Ma persuaded the county magistrate to dredge water channels including the Sijing, Panlong and Puhui rivers.

To achieve this, the township authority visited Dongyang County in eastern Zhejiang Province, a place renowned for its woodcarving, and invited several inheritors of woodcarving skills to be in charge of the renovation work.

The carpenters, whose average age was above 65 and whose experience in maintaining ancient architecture surpassed 40 years, rely totally on hand work instead of modern tools while carrying out the renovation.

To add an old brick to the architecture, the craftsmen will undergo procedures including cleaning and grinding the brick. And to maintain the walls, they also resort to traditional craftsmanship of soaking, depositing and filtering lime and adding paper strips to the paste before attaching it on walls.

Though it takes times when craftsmen totally rely on hand work to carry out the renovation, the myriad changes of beauty resulting from their work add charm to the old architecture, which machine work would fail to achieve.

Get off at the Sijing Station of Metro Line 9, and then take bus No. 47 to the old street of Sijing.

﻿
Special Reports
ADVERTISEMENT
61771
,
For a spring break, take a stroll in our beautiful backyard
Been there, done that? Not at these quirky sites
B&Bs in rural areas add artistic flourish to farmland holidays
Xiangshan awakens with arrival of spring
Hangzhou abounds with festival activities
A step back in time in any language in Songjiang
Fudan University founder's home is renewed
Mount Chaoshan celebrates plum blossoms with cultural activities
All aboard for a culinary excursion that will tantalize the taste buds
An excursion that gives us something to think about
EXPLORE SHINE