How much do we really understand about our brains?

Israeli molecular neuroscientist Hermona Soreq’s research on the brain differences between men and women with mental diseases has evoked some controversy in the scientific community.

“They say it’s a wonderful research identifying new genes,” said Soreq, whose findings were published in November. “Everything is perfect. Just delete the part about the difference between men and women.”

Soreq found that very small RNA, a genetic material, differed between males and females. She discussed her work with Shanghai Daily during a visit to the city to attend a three-day conference on precision medicine.

Precision medicine refers to the concept of treating patients with different conditions differently. All medicines, except for those related to reproductive diseases, have no gender differentiation, she said.

For years, it has been known that men and women are affected differently by some mental disorders. For example, men with schizophrenia are likely to become more addicted to smoking than women. Published scientific papers have shown that such diseases affect the brain on a spectrum, with no mention of the gender difference.

That aspect became one of the focuses of Soreq’s research in recent years, leading to new discoveries. Her conclusion: There should be different medicines to treat men and women suffering from the same diseases.

“A lot of the drugs we use today are tested only in male mice,” she said. “Nobody asks whether they would also be good for women.”

That concept has set up what she calls “a big fight” in the scientific community.

“There is a difference between men and women, and we should respect the difference,” she told Shanghai Daily. “But one should draw a line between difference on the biological level and that of human rights. Human rights should be the same for everyone.”

Soreq holds a chair in molecular neuroscience and is a founding member of the Edmond and Lily Safra Center for Brain Sciences. She joined Hebrew University of Jerusalem as a professor in 1986 but has been fascinated with lab research since the age of 15, when a high-school chemistry teacher recommended her for a three-week university summer camp.

Now aged 72, she remains fascinated with human brains. Rapidly developing technologies in other fields have enhanced her research capabilities.

Soreq is also noted for other research, including the involvement of acetylcholine in the brain’s response to stressful situations, and how RNA affects both stress and obesity. 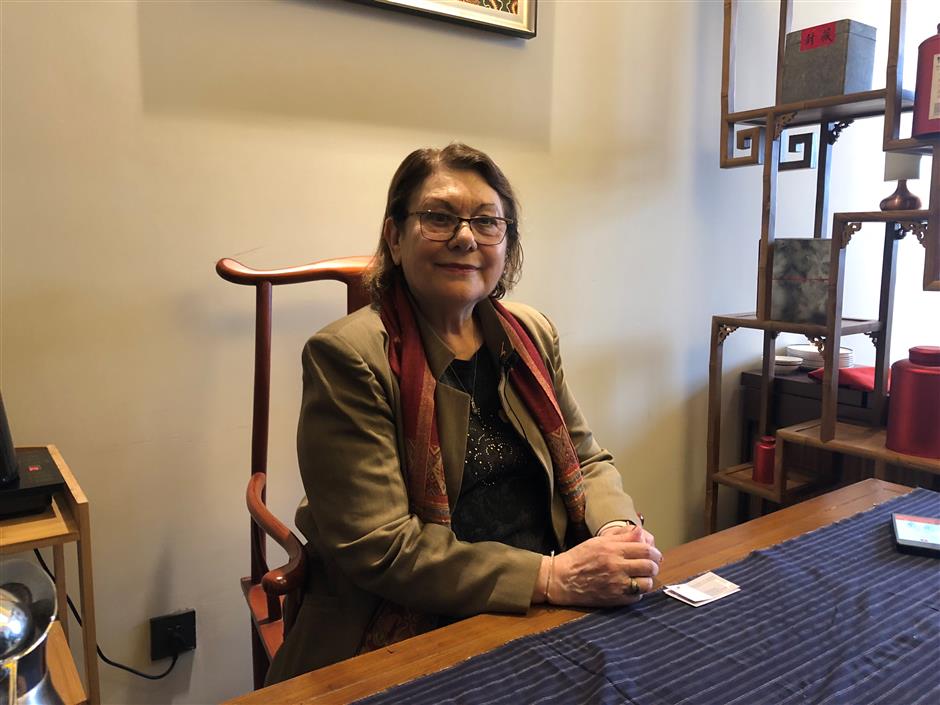 Hermona Soreq believes men and women should be treated with different medicines even if they suffer from the same diseases.

Shanghai Daily asked her an array of questions during the interview. Her answers were illuminating.

Q: Are you pretty much a loner in research on the difference between male and female brains?

A: There is not too much research on men and women, and that is reflected in the kind of reviews I got. It’s time to do it, to say enough is enough. We are half of humanity.

Q: Do these differences go beyond mental diseases to other parts of the body?

A: It’s both. Women with cardiology diseases, for example, are affected differently from men, a fact that was not acknowledged for many years. Now there is some research on the subject, but it has not extended to the type of medication prescribed for such conditions. We need to adapt the medication for women.

Q: You published a paper two years ago about RNA’s effect on both obesity and stress. Does that mean people with obesity are more stressed?

A: My conclusion is evolutionary. We are all descendants of wild men in the desert. They were stressed when lions were running after them, so they needed to be ready to climb up a tree or run into a cave. Our ancestors could survive better if they saved energy.

Today, we get nervous about a tweet, so we go to the fridge to find something to cheer us up. We don’t benefit from saving energy anymore, but we still have that response for evolutionary reasons. That’s my explanation.

Q: It also shows a connection between body and mind in a scientific way. RNA affects both the body and mind. That’s also a concept in Chinese philosophy.

Young people in different cultures today are more open to the fact the world is wider and there are different types of medicines and treatments.

Q: Can we exercise our brains, like we do our bodies, to lower the risk of getting brain-related diseases?

A: Yes, and that’s actually a very good idea. To begin with, mental diseases affect 3 percent of humans in the world. We are keeping quiet about it because it’s not viewed as honorable. It shouldn’t be like that. They are diseases like any other.

Communities that are more sensitive to mental diseases are those where inbreeding exists, so mixed marriages are a good idea because they draw from different gene pools.

Then, we can also learn how to activate our brains — again a concept that exists in Chinese medicine — by means such as meditation.

Q: I had a science teacher who used to say that we know less than 1 percent about our brains. Is that still true today?

A: There are two common statements that I don’t countenance. One is that we can use our brains much more effectively. I don’t know of any proof of that, and I think it’s exaggerated.

Another is that the brain, in a resting condition, uses 20 percent of our daily energy. That is huge.

Q: Would you say we know quite a lot about our brains nowadays?

Q: What is your favorite part of brain?

A: The cortex, or surface of the brain, because it is very complex and was unknown for many years. We are still finding new things about it, as new technology emerges to study the way it works.

Q: Are we far from “cut-and-paste” human brains, creating super brains for artificial intelligence or robots?

A: AI is not my field, but I think we are still very far from having robots smarter than humans. That just happens in the movies. But we should worry about it because of the ethical questions involved.

Q: Do you hold the same view on gene-editing?

A: We just had the Wolf Prize awarded to gene-editing scientists Jennifer Doudna and Emmanuelle Charpentier. One aspect I really appreciate about Professor Doudna’s research is that she not only has covered the phenomenon of how you can edit genes, but she is also involved in the human rights issue associated with that.

It is definitely going to revolutionize the way we treat hereditary diseases, but that needs to be done very carefully.

Q: As for mental diseases, in some societies, people still say you are not sick, you are unhappy and you just need to be happy. Is mental disease more the result of genes or behavior?

A: Behavior is a product of genes, society and education. We need to adjust all these together, which will be quite a challenge and a great goal.

Q: A new drug for Alzheimer’s has been launched. What do you think about it? Is the disease treatable now?

A: It’s a problem of life expectancy. People didn’t live long enough before. Every generation of humankind will find some new diseases to contend with.

So far, no treatment is proven to be effective. It’s similar to the situation of cancer two generations ago. It is always diagnosed too late to be treated.

Nowadays, we can diagnose cancer earlier, and many people can live quite long after diagnosis and treatment. Alzheimer’s is the same — diagnosed too late. We still don’t know its cause or how to prevent it from happening.

That said, there is reason for hope because people getting Alzheimer’s are 10 years older and living longer than 30 years ago.

Q: Is there gender difference in Alzheimer’s?

A: Women are more sensitive to Alzheimer’s than men, tend to become sick more often and when they do, deteriorate faster. Nobody knows why.

Again, that calls for research, and it’s not unrelated to our project because some symptoms are shared between Alzheimer’s and mental diseases.

Again, another field to be studied.

A: Clinicians say not. In most cases, it’s not definitive hereditary mutations of one gene, but that doesn’t mean it’s not genetic. It means that each of many genes contributes a little, and that’s why it’s more difficult to identify.

Today we know some genes increase the risk, but it doesn’t necessarily mean you get Alzheimer’s from those genes alone. For example, diabetes increases the risk of getting Alzheimer’s, so be careful what you eat!

﻿
Special Reports
﻿
61768
,
TCM a key player in the war against COVID-19
More questions and answers about COVID-19
Highlights of the latest COVID-19 diagnosis and treatment scheme
Feeling low? Thwarting the epidemic blues
Hangzhou does its part to battle epidemic
Goodbye to pain. The skilled hands that relieve misery
How much do we really understand about our brains?
Protégés and mentors: Science research has 'a lot of work to do'
WWE trial targets next Chinese superstar.
Chen's rice experiments led nation's recovery
EXPLORE SHINE