Ancient architectural techniques are modernized but not abandoned Making a waterwheel or a sewing machine solely from wood is not impossible, even if reduced to the size of a fist.

Gu was born into a family of woodworkers in a village of Luojing in Baoshan District. After graduating from high school, he followed the family tradition, becoming a carpenter who made wooden items like weaving machines for local villagers.

Gu said the notion that a craftsman will never starve was true for him.

The most challenging carpentry work in building traditional village houses, Gu said, was making the doors and windows. No hinges are used; doors and the windows open and close on shafts. In mortise-and-tenon joinery, no nails or glue are used.

As Shanghai began its rapid development in the 1980s, construction firms recruited large numbers of skilled carpenters, bricklayers, welders and general workers from suburban areas like Baoshan. Gu was among them.

His career took off along with his reputation. By his early 30s, he had become a titled top master in his trade. In 2000, he founded his own interior decoration company.

Three years ago, he was honored by the Shanghai General Trade Union as a “Shanghai Standout,” a title conferred on top workers in the city.

After retirement two years ago, Gu joined the staff of Shanghai Jiguang Polytechnic College, where he was given a studio dedicated to traditional and modern carpentry.

The studio offers training in the engineering of formwork, or molds into which concrete or other materials are poured. Gu also teaches classes in ancient Chinese wood locks and mortise-and-tenon structures, and serves as a coach for participants in the WorldSkills competition.

“Carpenters have a hard time finding their place nowadays because new materials have appeared that replace much woodwork,” he said. “But it’s important to pass down these skills because they inspire people. Practicing ancient Chinese carpentry, to me, is an opportunity to reeducate myself.”

These tools, he said, are easier to carry around to classes, and are equally useful in woodworking.

He is using them to create a collection of miniature mortise-and-tenon parts in different shapes. He has made 12 so far, but there are dozens more types, he said.

To showcase the potential of the mortise-and-tenon structure in woodworking, he has made miniature models of ancient Chinese pavilions, weaving machines, waterwheels, furniture and dougong, a unique architectural element of interlocking wooden brackets inserted between pillars and columns and roofs to support a whole structure.

Last year, Gu made an exquisite miniature dougong in the style of the Song Dynasty (960-1279) — the most complicated of all known styles from ancient China. Though only a bit larger than a fist, it has about 70 parts, and the smallest is the size of a fingernail. It took him about four days to make it.

Gu has decorated his studio with ancient Chinese wooden-latticed window panels and decorative furniture parts. He said everything came from his own collection amassed over the years.

There are many amateur carpenters out and about, but Gu said nothing matches the skills learned from a professional.

“Correct hand gestures are important, and professionals can also help you work more efficiently,” he said. “But most importantly, masters know the secrets to attaining perfect proportions. When you make a chair, for example, the back legs should be slightly shorter than the front ones to provide for comfortable sitting.”

Yu Yongyong, 23, a teacher at the college, has been Gu’s apprentice since 2018, when he was a participant in the WorldSkills competition in concrete construction work. He said Gu’s carpentry skills struck a chord with him.

“When I saw the miniature sewing machine the master made, I was totally blown away by its exquisiteness,” he said. “It is a work of art that embodies highly accomplished artisanship.”

Yu said he started out by learning to saw wood and drill holes in pieces of wood to make classic mortise-and-tenon structures. He is now challenging himself to making latticed window panes in mortise and tenon.

“The latticed panes may look simple to make, but they actually demand a high level of skill,” he said. “Every angle of every piece of wood must be extremely precise to make the window panes seamless and perfectly in proportion.”

Yu said Gu also imparts the theories of carpentry. As Gu often says, “many carpenters are taught only the hows but not the whys.”

Yu said he has become more careful and thoughtful in approaching everything in life after learning carpentry.

“I believe this habit will help me throughout my career and life,” he said.

Yu said modern technology can make traditional Chinese carpentry accessible to a wider public in ways such as block-building toys.

Gu said he plans to write a textbook on carpentry because current books on the subject in Chinese are mostly outdated.

His studio is open for visits.

Then and now: the evolution of Chinese architecture 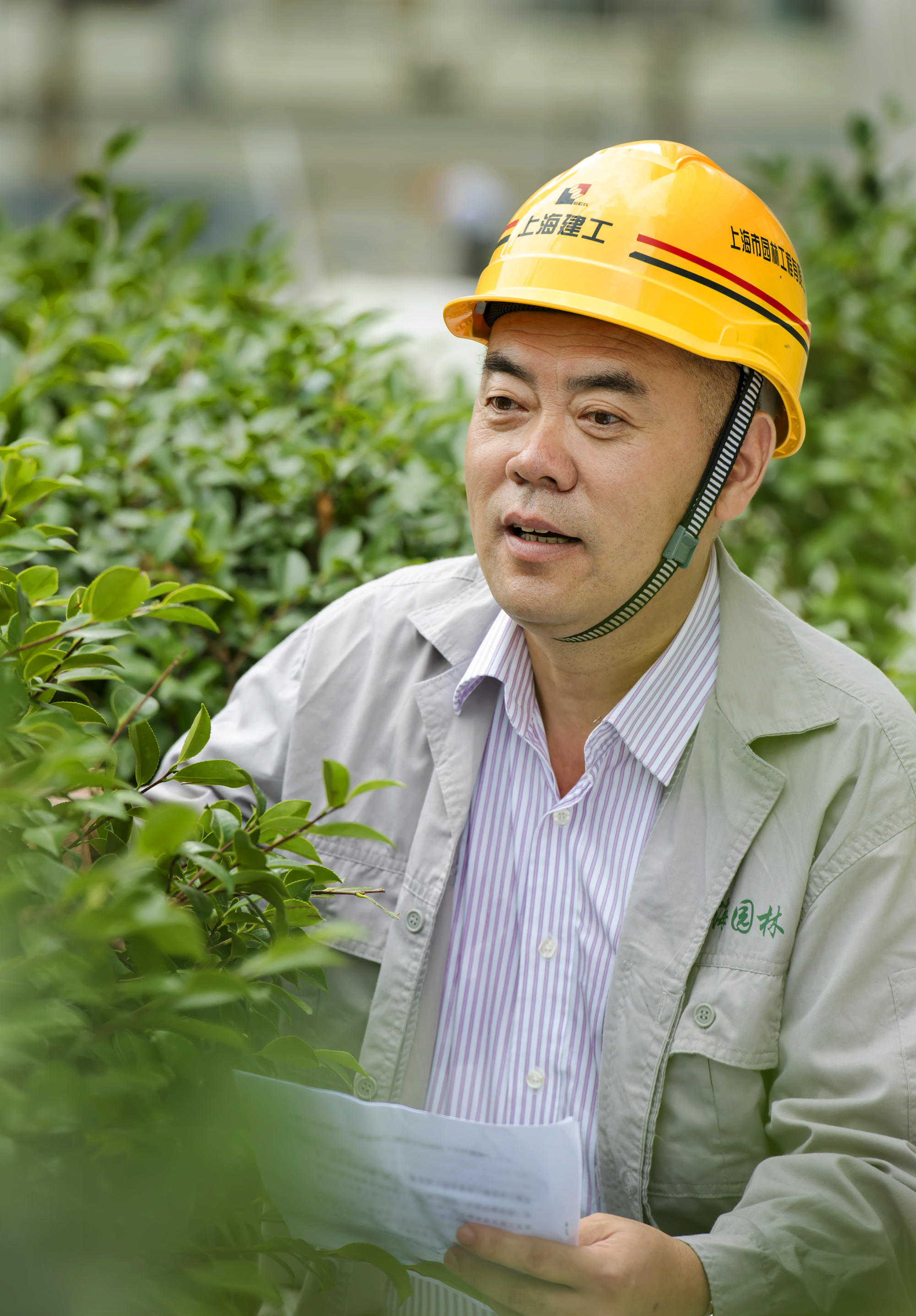 Q: How does ancient Chinese architecture used today differ from its origins?

A: The aesthetic effects of ancient Chinese architecture remain, with new materials and techniques giving it a new life. For example, modern reinforced concrete can be used to make an ancient wooden Chinese structure lasting longer and to enable architects to design larger buildings.

The iconic flying horns on the hipped roofs in ancient Chinese architecture used to be shaped with bricks and whitewashed with mortar, but they easily cracked over a long period of time. Now the bricks can be replaced by reinforced concrete, and adding a thin iron piece to the whitewashing layer enhances the structural performance of the horns.

Also, doors and windows in the ancient style can be made with new materials that better insulate the house from the cold. Other aspects of ancient Chinese construction have to be changed to meet modern architectural standards and regulations.

Q: Are modern-day artisans who use ancient Chinese architectural features different from their peers of yesteryear?

A: In ancient times, all construction work was done by hand, but today’s artisans have to learn how to apply new materials and building methods to their work, such as copper tiles, concrete, 3D printing and 3D modeling. But the passion they bring to their work may not have changed over the centuries.

Q: What are you doing to ensure that these ancient concepts aren’t lost in the future?

A: Ancient Chinese architecture is a core brand of our company, and we have laid great emphasis on job training for young artisans through workshops and on-site experience. Many of our projects are actually run by a new generation of project managers.

A: Ancient architecture has become a symbol of China in foreign countries. Foreigners are very interested to learn how Chinese artisans turn plain cement, bricks, tiles and wood into extremely enjoyable architectural creations.

Our company has been involved in a number of ancient Chinese architectural projects in foreign countries. For 15 years, we have worked on projects at Pairi Daiza, a privately owned zoo and botanical garden in the Belgian municipality of Brugelette. Our foreign partners endorse the techniques of ancient Chinese architecture and have shown an affection toward traditional Chinese culture.

At Pairi Daiza, we applied techniques of ancient Chinese architecture in building an artificial cave for the panda garden. We used clay to shape the interior of the cave and manually whitewashed the surface of the mold with a special mortar.

In building a restaurant at the site, we aligned a wooden structure to local standards of fire safety and energy efficiency by using fireproof paint, adding insulation to the walls and installing double-glazed windows.