Eight years of cultivation in the Mediterranean 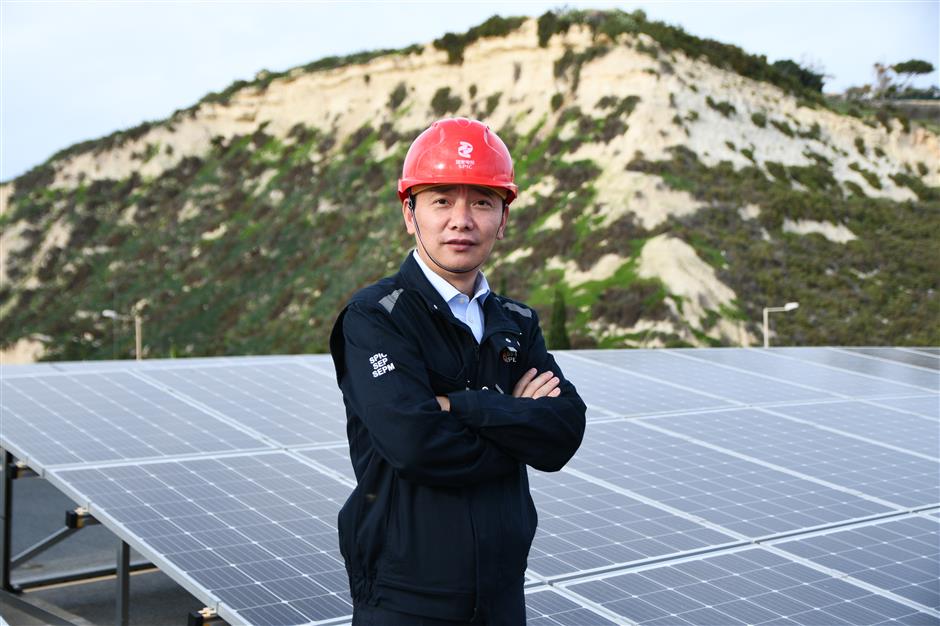 Eight years ago, Sheng Baojie stepped onto the land of Malta to execute energy development for his company, Shanghai Electric Power. 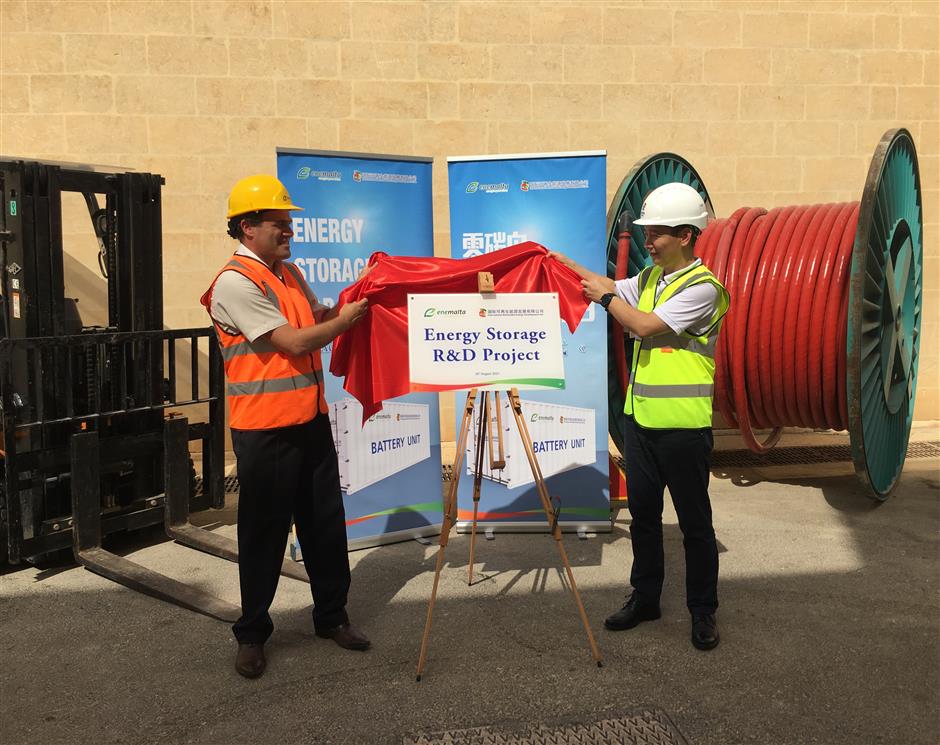 Sheng is now focusing on building renewable energy projects in Malta, which has 300 days of brilliant sunshine every year. At the end of last year, its energy storage project on Gozo island, the second-largest island and urban zone in Malta, has been successfully connected to the grid, becoming the first energy storage power station on the Mediterranean island.

This pilot project may spawn other such projects around the country, making full use of its abundant solar energy to make Malta a place with low carbon emissions.

Sheng, together with his core team, established SEP Malta and developed an internal team. From initially only nine Chinese members to more than 50 from seven countries now, Sheng's team continues to grow.

The plan developed in Malta was kind of a coincidence in 2013. The company just happened to learn about Malta's high electricity prices and unstable supply at a European electricity industry conference. Enemalta, the largest state-owned electricity generation and distribution enterprise in Malta, was losing money due to the soaring price of oil at that time.

With concerted effort, Shanghai Electric Power signed a MoU of partnership with Enemalta in 2013 at Davos Forum under the witness of premiers of both countries. It expected to help upgrade Malta's electricity generation infrastructure with the purchase of one-third stakes of Enemalta.

Electricity production is now gas-fired instead of oil-fired, which is both more efficient and environmentally friendly.

In 2019, a deepened and wider MoU was signed between Shanghai Electric Power and Maltese government to commit further development in renewable energy both inside and outside the island.

SEP Malta and Enemalta also set up a joint venture to tap into the huge renewable energy market, building a wind-power project in Montenegro – the first time a Maltese enterprise was involved in an energy-related project beyond its borders. 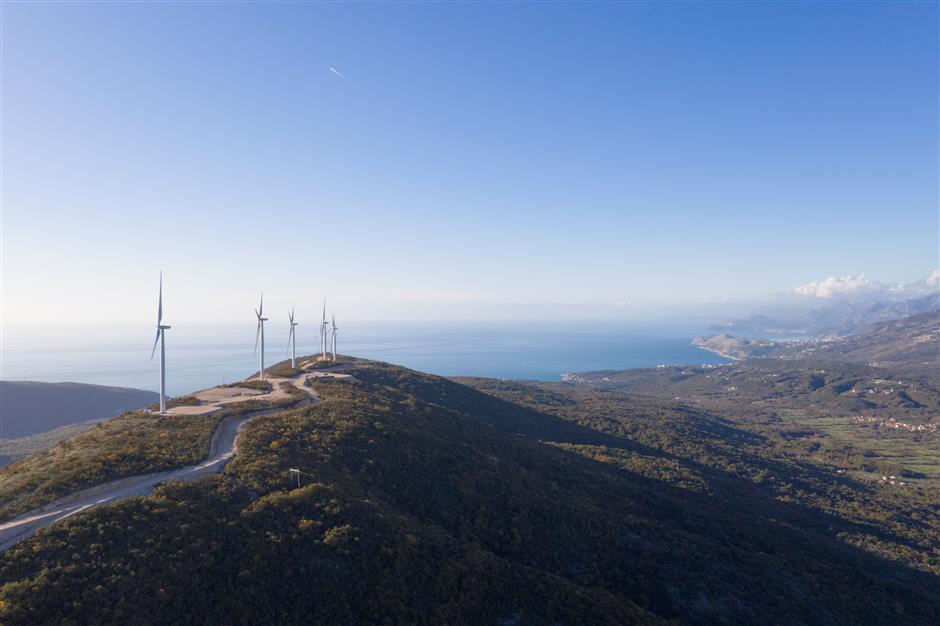 A bird's-eye view of Mozura wind power project in Montenegro 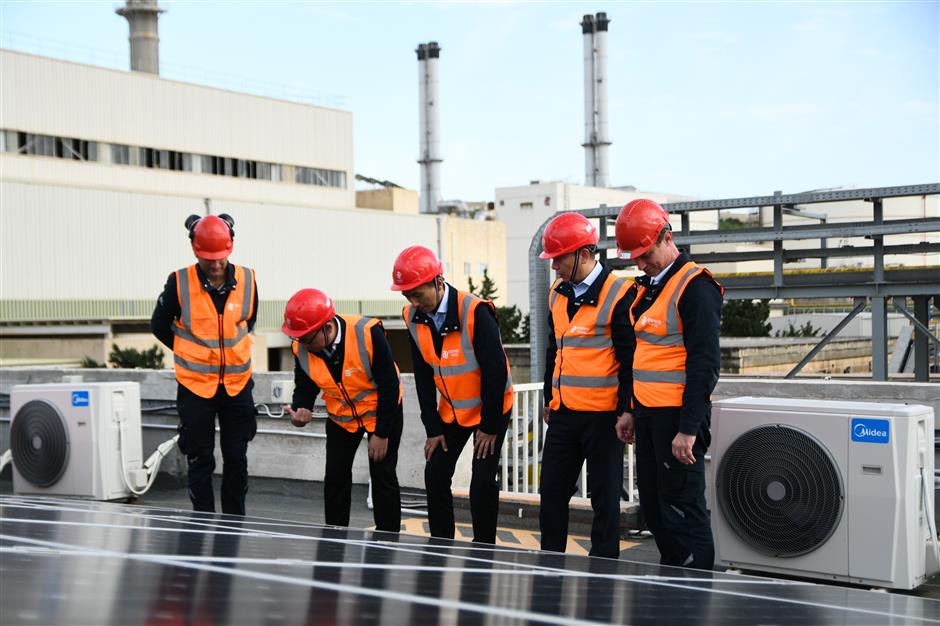 Sheng Baojie (second from right) was inspecting the photovoltaic project in Malta.

For sure, things didn't always go well for Sheng in Malta. The adventurous man experienced some cultural shock when he began working with foreign staff. Among the 50-plus team members, half of them are foreigners.

"Once we were renovating our office, and at first we planned to use a 35-centimeter partition on the desk. But later, I found that was too big and the space seemed crowded. So I decided to shorten the height of the partition to 20 centimeters," Sheng said in a light tone.

"Unexpectedly, some foreign employees voiced their disapproval. I didn't know why and I suspended my plan. I talked to them and found out they were concerned that their privacy would be affected if the partition were too short. At that moment, I knew I was having a cultural clash. They care very much about privacy, which I hardly take into consideration. I thought I should respect them, so I compromised and shortened the partition to 30 centimeters," Sheng said.

Having experienced many cultural differences in his work, Sheng has finally found a comfortable way to work with foreign staff.

"As a foreign employer to Maltese employees, I hope I'm assimilating well. In fact, it's simple. We are all human. We should empathize with each other," Sheng said.

"For example, whenever a foreign employee or a staffer's wife has a baby, I visit their homes with the best greetings and wishes."

What made Sheng very proud is that two Maltese employees have been honored as Top 10 Achievers, an award given to employees who make great contributions to the company. Sheng accompanied them to Beijing to receive the honor back in 2017 and 2018.

The award is launched by State Power Investment Corporation (SPIC), parent company of SEP Malta. As a large state-owned power generation enterprise, it chooses 10 out of its 140,000 employees each year. 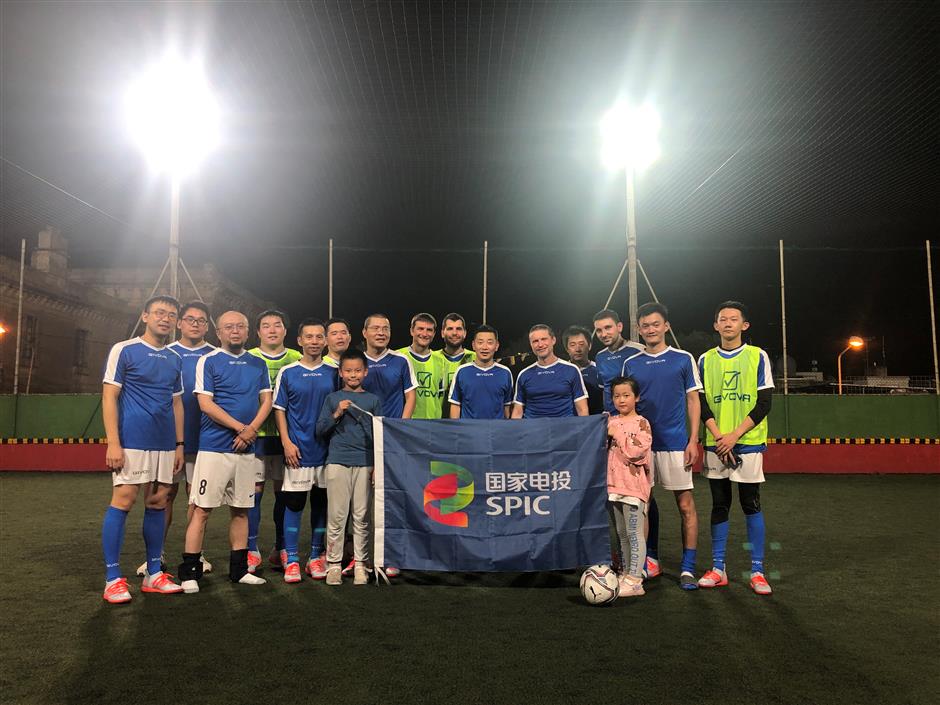 Sheng Baojie (sixth from right) is also a sports fan. Besides running 5 kilometers every day, he often plays soccer with his colleagues in Malta.

"I bought an air ticket last September, but the flight was cancelled twice. I haven't been able to go back to Shanghai to see my family more than a year," Sheng said. Surely I miss my family, but we are all very independent."

"I was always working away from home, first in Suzhou, then in Singapore, Indonesia, Montenegro and Malta. For me, working overseas isn't a trouble, albeit it remains a challenge. Also, it opens a window for my daughter to see the outside world," Sheng joked.

Due to the pandemic, Sheng and the other Chinese employees in Malta can't come back to China and reunite with their families anytime soon, but Sheng will invite all of them to make jiaozi (dumplings) to celebrate the upcoming Chinese New Year, which falls on February 1.