Honorary citizen of Shanghai impressed by city's pursuit of excellence 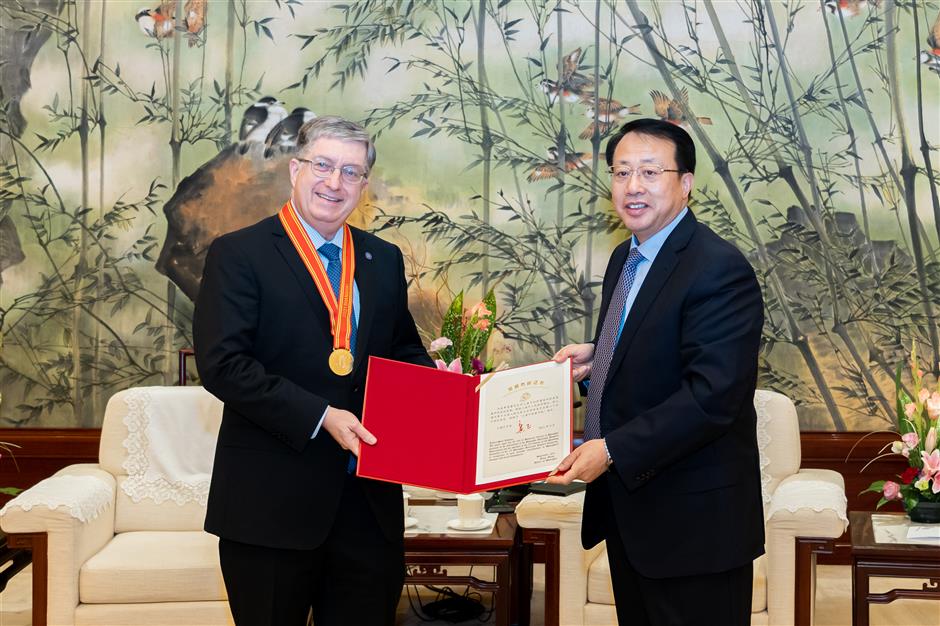 Having lived in Shanghai for 10 years, Jeffrey Sean Lehman, 65, vice chancellor of Shanghai New York University, or NYU Shanghai, has become proud of the city, as many local citizens are.

And, yes, he now has become an honorary citizen of Shanghai, the highest honor for expats who have made contributions to the city's development.

"I'm honestly deeply moved by this," he told Shanghai Daily in an exclusive interview. "I know what a special gesture it is for the city to bestow this honor. Shanghai is my home now, so for me to receive this really means more than I can say."

Lehman, a transnational education advocate, used to be dean of the University of Michigan Law School and president of Cornell University. He started working in China in 2006 as chancellor and founding dean of the Peking University School of Transnational Law in Shenzhen, southern Guangdong Province.

In 2012, he became a resident of Shanghai when he took a new job – inaugural vice chancellor of NYU Shanghai, the first Sino-US joint venture university established by New York University and East China Normal University with the support of the city of Shanghai.

Since taking office, he has been dedicated to developing an innovative international research university and promoting educational and cultural exchanges between China and the United States.

Thanks to the efforts of Lehman and his colleagues, NYU Shanghai has become a name brand of the city as one of the most international universities in the world, with half of its students coming from China and the other half from more than 80 countries and regions. This year, the university will celebrate its 10th anniversary. 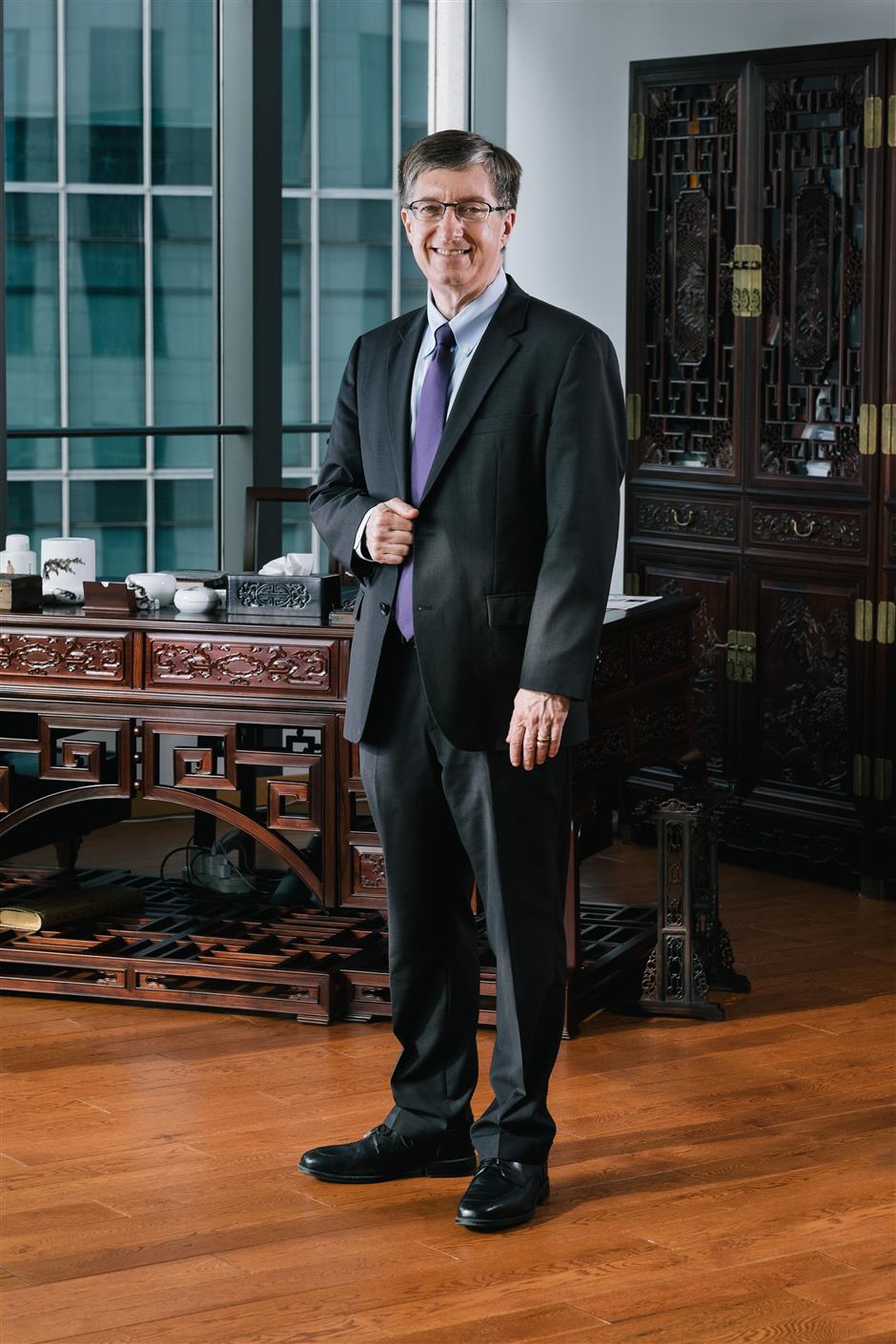 Lehman said the university is dedicated to cultivating students into cosmopolitans. He quoted the definition by NYU professor Anthony Appiah saying that cosmopolitanism is a recognition that all of humanity is united by a set of shared common values expressed differently in different cultures.

"A cosmopolitan recognizes that the world and the human species are more creative when it draws from different cultures in pursuit of those common values, and the world is more beautiful when you can see it through these different lenses," he said.

"I think today the world is struggling with a set of very big challenges, such as climate change and diseases, and this generation will find the best solutions to these challenges exactly in this way.

"They will be building teams of people who are able to share the insights from their own culture in a way that is inclusive and in partnership. And that's exactly the kind of work that our students are doing after they graduate and that they will do throughout their lives."

"I do think there is a kind of a sense here that whatever you do, you should do it at the highest level of quality. This is not a city that cuts corners. That is a kind of a message that we want to give to our students. So I think that is also very Shanghainese."

Four batches of undergraduates have graduated from NYU Shanghai with outstanding achievements. Despite a challenging global economy, its Class of 2021 has achieved a 93 percent overall employment and graduate education rate.

More than two-thirds of the Chinese graduates were enrolled in graduate programs at top universities around the globe. The average pay for those who chose to work immediately after graduation is more than 150,000 yuan (US$23,437) per year, which is a good start for undergraduates in China. 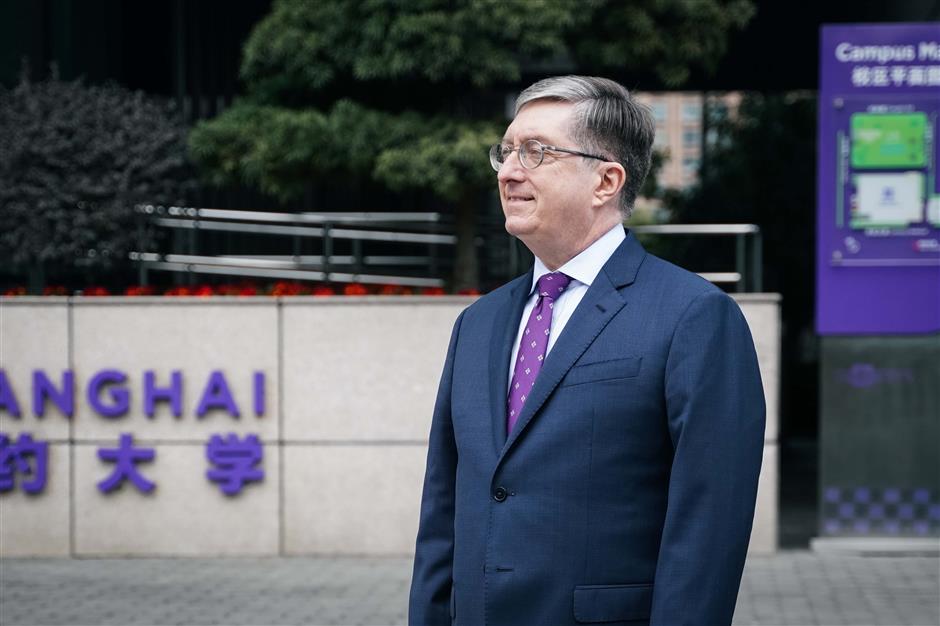 NYU Shanghai has also become an intellectual home to some of the world's best scholars, researchers, teachers and mentors. In the past 10 years, hundreds of overseas experts, including Nobel Prize laureates and foreign academicians, have come to work in Shanghai and helped cultivate young students with global competence.

Among them, Robert Engle, winner of the 2003 Nobel Prize in Economics, has moved to Shanghai with his Volatility Institute from NYU's Stern School of Business.

Another famous economist Paul Romer was invited to teach with Lehman in the first year of the university the course of Global Perspectives on Society. This aims to "expose students to the great thinkers of the past and today, and to the diverse approaches to thinking about and understanding the world." In 2018, Romer won the Nobel Prize in Economics with his theory of charter city.

Lehman said NYU Shanghai has been an attractive employer for some faculty as it can offer unique opportunities for them.

"We are able, for some faculty, to provide just by being in Shanghai a set of opportunities that they couldn't find in other places," he said. "For example, we have a number of professors whose research is about great cities. If you want to study a great city, this is the place to be. You have a laboratory right outside the door." 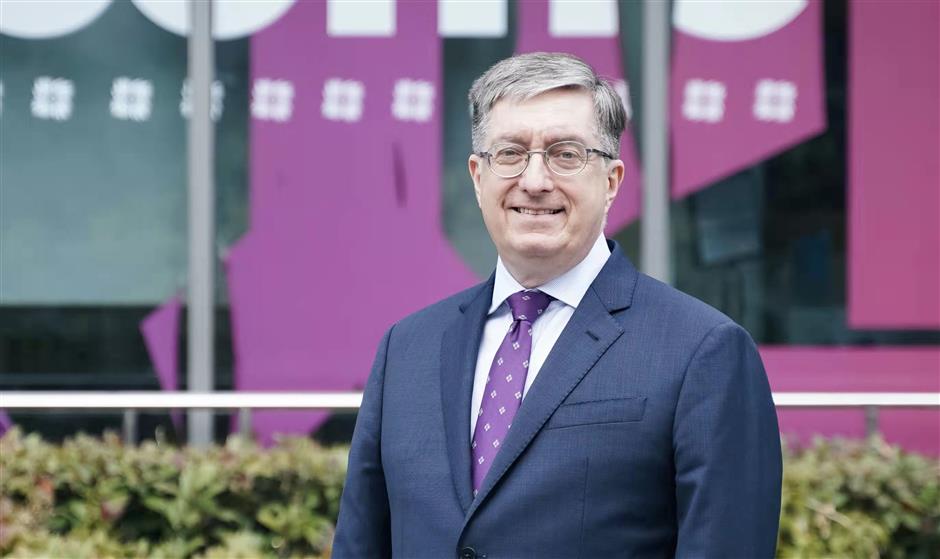 He said the COVID-19 pandemic was the biggest challenge he'd faced in the past 10 years, but the city and the university had very quick response to handle the situation and share their resources and experiences with the rest of the world.

He was in the US when the pandemic broke out in China. He then ran to several pharmacies to purchase as many masks as possible and brought them back to Shanghai immediately when there was a shortage of personal protective items.

The university developed tool kits and renovated their classrooms to do synchronous and asynchronous teaching when students were trapped at their homes around the world. NYU Shanghai was the first university in the world to move their classes online during the pandemic.

They later shared the solutions with many international universities when the pandemic swept the globe.

It also hosted more than 3,000 Chinese students of NYU and NYU Abu Dhabi as students cannot go back to the campuses due to the pandemic. It rented two buildings, converted the space into classrooms, and brought in teachers so that the students could take classes in person and not have them all be online. 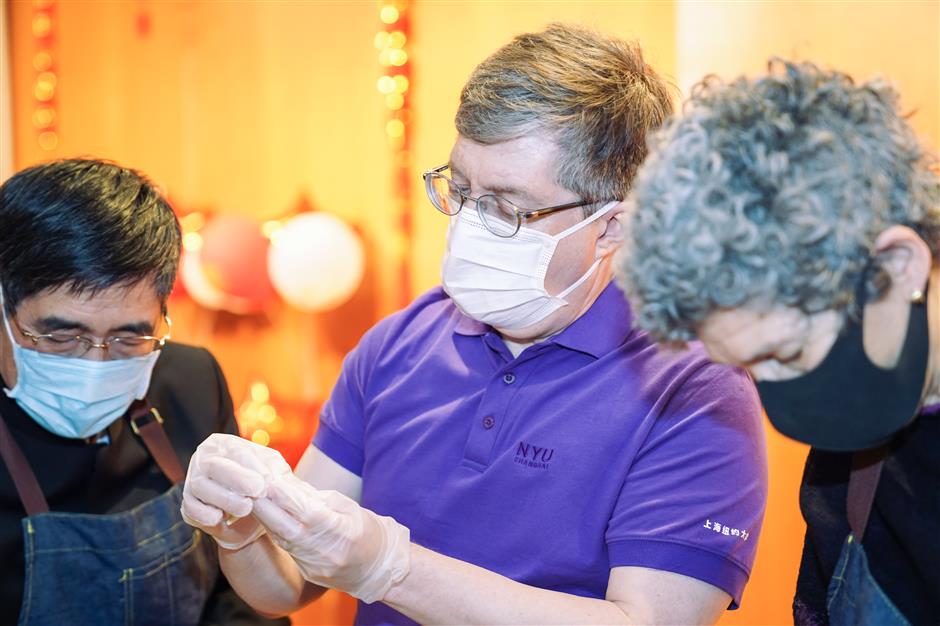 With his own experience of living and working in Shanghai, Lehman lets more expats know about the city, playing a role as a bridge between Shanghai and the rest of the world.

In 2020, he became chair of the Board of Governors of the American Chamber of Commerce in Shanghai and was reelected last year. For this post, he has to work to sustain the business links between Shanghai and the US despite the challenges of the pandemic.

"I will say when there has been tension in terms of the two governments, like higher education, the business communities are a natural bridge," he said. "There are a natural source of people-to-people connections between the two countries. The chamber is a very strong way to make sure that bridge is solid."

During the pandemic, Lehman coordinated dozens of the chamber members to raise a large number of epidemic prevention materials and transport them from the Pudong International Airport to New York University Langone Medical Center.

The supply from Shanghai was later distributed to other medical institutions in the US, protecting medical workers on the front line there, which fully embodies the humanistic care of a community with a shared future for mankind. 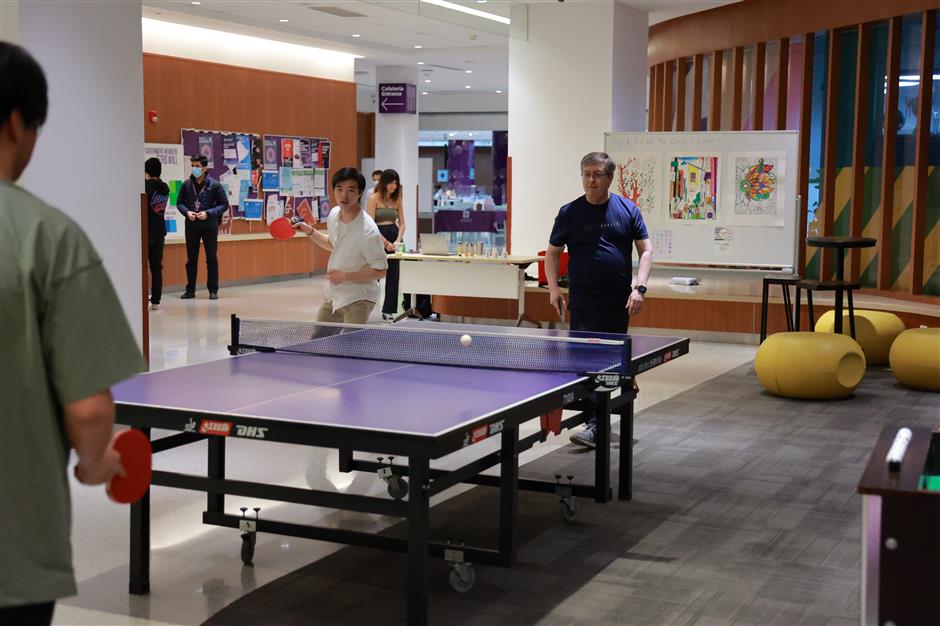 In recognition of his great contributions to the development of higher education in China and China-US exchanges and cooperation at multiple levels, Lehman was honored with the Friendship Award in 2011. This is China's highest honor for foreign experts who have made outstanding contributions to the country's economic and social progress.

He also received in 2014 the Medal of Merit for Education, which is awarded to 10 foreign experts for distinguished service and contribution to education in China during the period from 1954 to 2014.

In 2018, he was named one of the 40 Most Influential Foreign Experts During 40 Years of China's Reform and Opening-Up at the 16th Conference on International Exchange of Professionals.

He was a recipient of Shanghai's Magnolia Silver and Gold awards in 2013 and 2015. And on January 24, he received the Honorary Citizenship of Shanghai, the highest honor in the Magnolia Award system for expats in recognition of the great contributions they have made to the city.

Looking into the future, Lehman said he will stay in Shanghai. He said NYU Shanghai has completed the basic development of undergraduate program to admit 500 students every year, and its graduate programs will continue to grow.

"I'm not going anywhere," he said. "I love my life here and I'm happy to keep doing this work. I have no reason to be anywhere else other than where I am right now."