Quiet site that gave birth to the Party

The Museum of the Second National Congress of the Communist Party of China has a large collection of various versions of the Party Constitution.

When a Shanghai memorial established a special exhibition room about 10 years ago to pay tribute to the birthplace of the Constitution of the Communist Party of China, officials sought out Chen Ruiwen, a Guangdong Province collector, who was said to have a large number of old documents related to the event.

Chen, however, was a bit dubious about parting with any of his collection, so officials invited him to come to Shanghai to visit the memorial. That did the trick.

“The visit really moved him,” said Zhu Yin, official of the Museum of the Second National Congress of CPC.

Chen rummaged through his vast collection and retrieved nearly 1,200 editions of the Party constitution, not including the first one which was adopted at the congress in July 1922.

Booklets in different covers form a “display wall.” Visitors also can read electronic versions by touching a glass screen in front of the original editions.

However, the memorial doesn’t have any copy of the first constitution. So, it just displays a duplicate.

“It’s extremely rare,” said Zhu. “It is estimated that there are only five copies in existence. Three are in official archives, and two are held in private collections.” 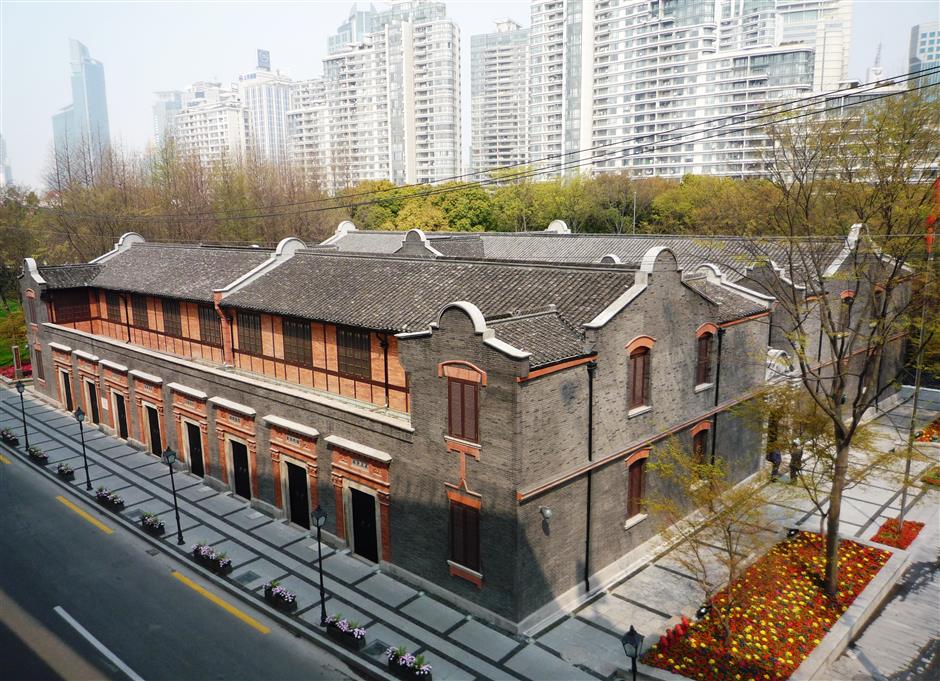 A bird's-eye view of the museum

The reasons are historical.

In the early 20th century, when China was ruled by the Kuomintang, the new Communist Party was engaged mostly in underground activities and didn’t print many documents.

Zhang Renya, one of the earliest Party members, died of illness in 1932 after spiriting some important documents to safety in his hometown of Ningbo. They included the copy of the first Party constitution, now preserved in China’s Central Archives in Beijing.

“The first Party constitution was drawn up during the Second National Congress,” Zhu said. “The first and second national congresses together mark the founding of the Party.”

On July 16, 1922, 12 Party delegates gathered in secret at the residence of Li Da in the Fudeli neighborhood of Shanghai. They included Shi Cuntong, one of the five earliest Party members, Zhou Enlai’s classmate Li Zhenying, and Cai Hesen, who was later betrayed and executed for revolutionary activities.

“At that time, there were few remaining secret sites that survived police raids and were safe for underground meetings of Party members,” Zhu said.

Fudeli was a wealthy neighborhood near the former International Settlement and French Concession. Its upmarket veneer shielded the secret meetings.

In a footnote to history, Chairman Mao Zedong failed to attend the meeting. He later told journalist Edgar Snow that he had forgotten the exact address and couldn’t find any comrades to enlighten him. 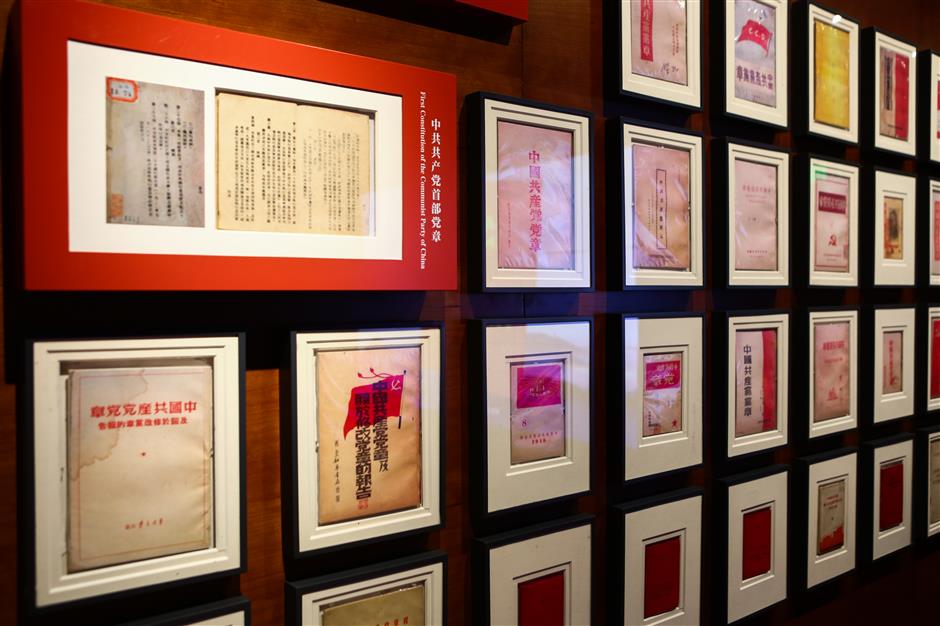 Booklets of the first Party constitution form a “display wall.” Visitors also can read electronic versions by touching a glass screen in front of the original editions.

Over eight days, the 12 delegates shaped the first Party constitution, which contained six chapters and 4,000 words.

Li Da, a founding Party member, and his wife Wang Huiwu lived about one year in the two-story house in Fudeli. They helped establish the People’s Publishing House, which has survived to this day as one of the most reputable publishers in China.

It started as a one-man workshop in a narrow space underneath the staircase of the house, near the kitchen.

“Li was so smart that he disguised Party propaganda leaflets as New Year’s cards,” said Zhu. “He painted ‘Happy New Year’ on the front and Party slogans on the back. Whenever he was tipped off to a possible police raid, he hid the leaflets in the firewood pile in the kitchen.”

In 1958, Li revisited his former residence and confirmed it as the site of the congress. Drawing on their memories, the couple helped restore the site to its original look.

In 2001, old buildings at the site in the neighborhood were pulled down, except for two rows of structures that included the conference site.

“They have been well-preserved, and we just reinforced the structures,” Zhu said. “Also, we restored the interiors and furnished them with pieces in the 1920s style. For example, Li and his wife recalled a traditional Chinese indigo cloth hanging under the staircase to shield the publishing workshop. So, we made one and hung it the same place.”

The memorial first opened in 2002, with 132 exhibits. Government departments occupied other space in the buildings. By 2008, under a renovation, the departments moved out, the memorial size was expanded, and the number of exhibits almost tripled.

Last year, the site underwent a four-month renovation to modernize the way history is presented. Interactive digital technologies, including augmented reality, were installed to tell the Party’s story. It’s a break from the stereotyped image of Party’s memorial sites as stodgy.

Visitors can “walk into the conference room” by wearing special glasses that use augmented reality to create a mix of the real and digital worlds. They can see the Party constitution appear on the table and flick through it automatically. Early Party leaders who attended the session appear and talk as if time had stood still.

“It greatly impressed me,” said visitor Yin Deman, from Shandong Province. “It helped me better understand why this site is so important.”

The memorial also has a giant LED screen stretching to the ceiling, 3D effects and some touch screens. A 3D holographic projection is used to tell the history of the house.

“The memorial is quite popular now, with daily visitor numbers peaking at 3,000.” said Zhu.

A visitor wearing AR glasses can “walk into the conference room” to see the Party constitution appear on the table and flick through it automatically. Early Party leaders who attended the session appear and talk as if time had stood still.