Downpours will hit Shanghai over the weekend as a typhoon bears down on the east China region.

Tropical storm Ampil developed Wednesday night on waters east of the Philippines, and is moving northward at a speed of 10 kilometers per hour. Today, it is expected to develop into a typhoon, while also gathering speed and turning toward the northwest, weather authorities say.

It will enter the southern East China Sea tomorrow morning and make landfall on Zhejiang Province on Sunday, according to the Shanghai Meteorological Bureau.

Ticket sales will be stopped on 263 trains in areas likely to be affected by the storm.

Today will be cloudy with a high temperature of 34 degrees. Scattered showers will hit the city tomorrow and grow heavier on Sunday. The wet weather will bring cooler temperatures as well, with Sunday predicted for a high of just 30 degrees.

The rains will stop Monday and from Tuesday the mercury will climb again to a high of 34 degrees, forecasters said.

The city sizzled this week, with highs reaching 34 degrees between Tuesday and yesterday. Looking ahead, weather authorities are predicting more hot days this summer.

The Shanghai Wild Animal Park has rolled out special measures to help its animals beat the scorching heat. The creatures are being fed with refreshing fruits and vegetables, and enjoying water sprays and ice cubes.

Six rhinoceros, newcomers to the park, will spend their first summer in Shanghai.

Their home at the park has been expanded to make them feel more comfortable. It has also been planted with high trees, allowing shelter from the sun.

Juicy fruits and vegetables, along with cooling Chinese herbs, have been added to the rhinos’ food. In case of extreme heat, they will be given a cooling bath.

Meanwhile, 10-month-old panda cubs Xuebao and Qianjin aren’t feeling much of the heat as air-conditioners have been turned on for the park’s giant pandas.

Keepers are taking them outside in the morning and late afternoon, when temperatures are cool.

On such outings, they are refreshed with ice cubes. 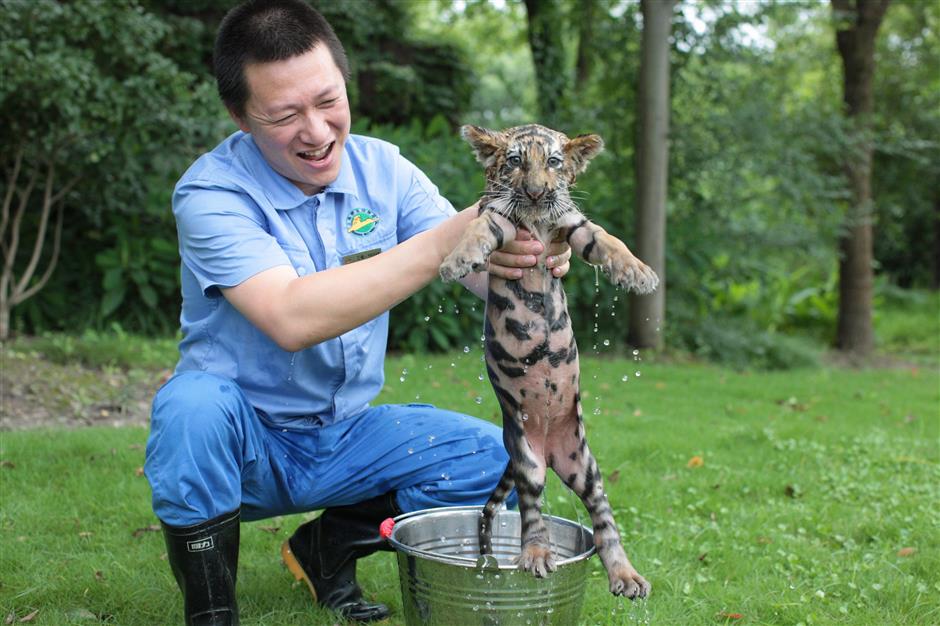 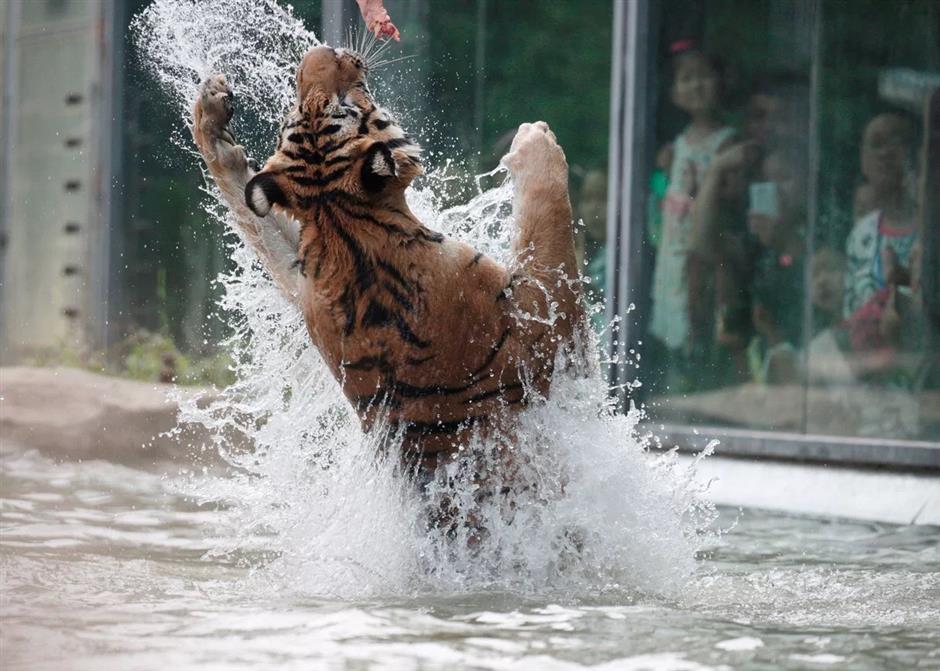 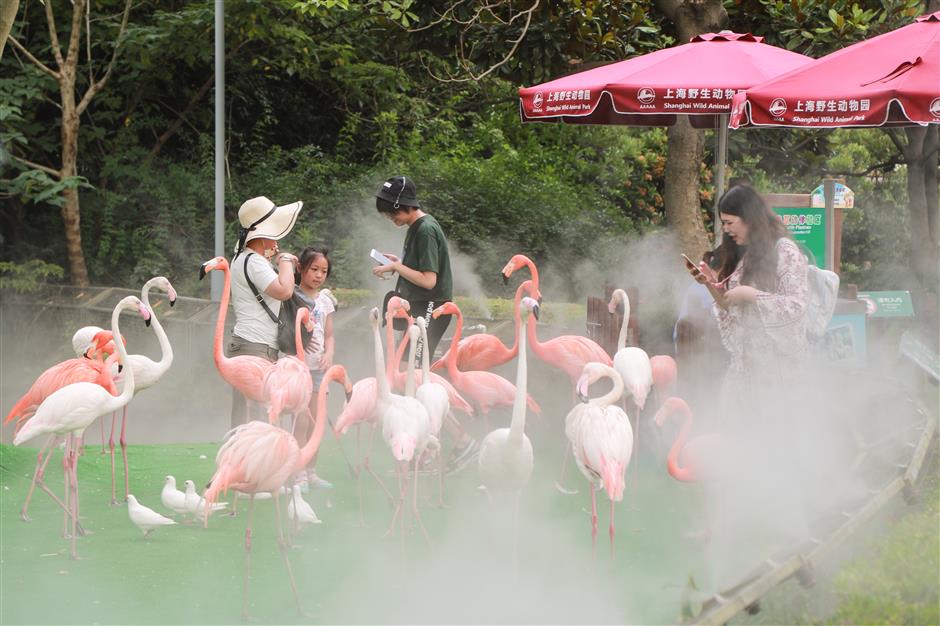 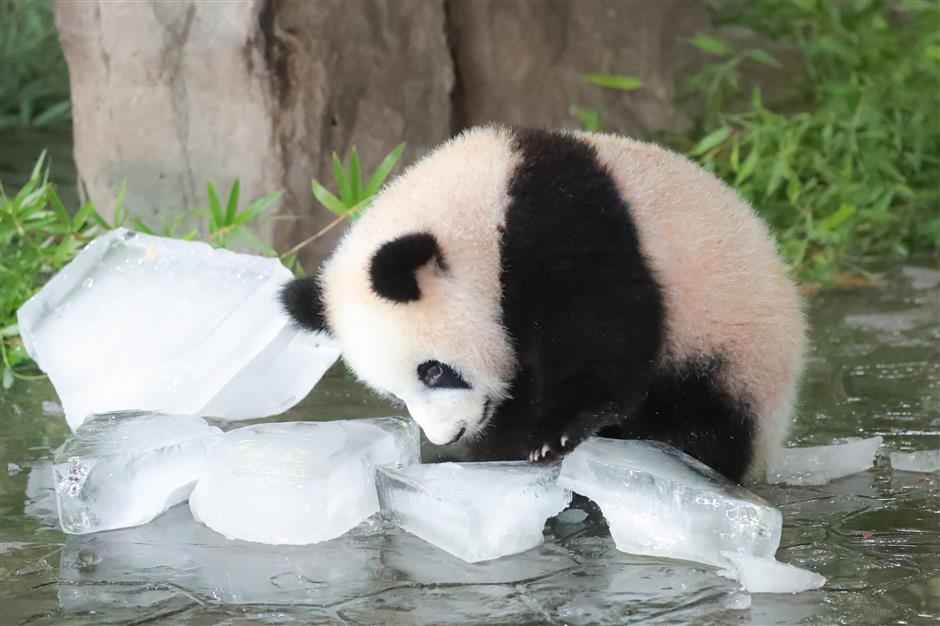 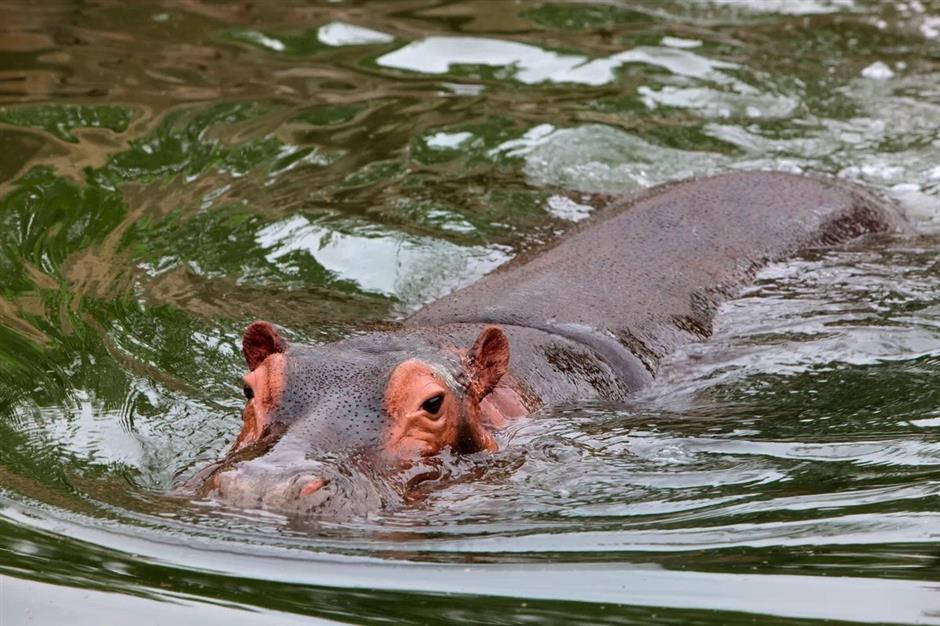 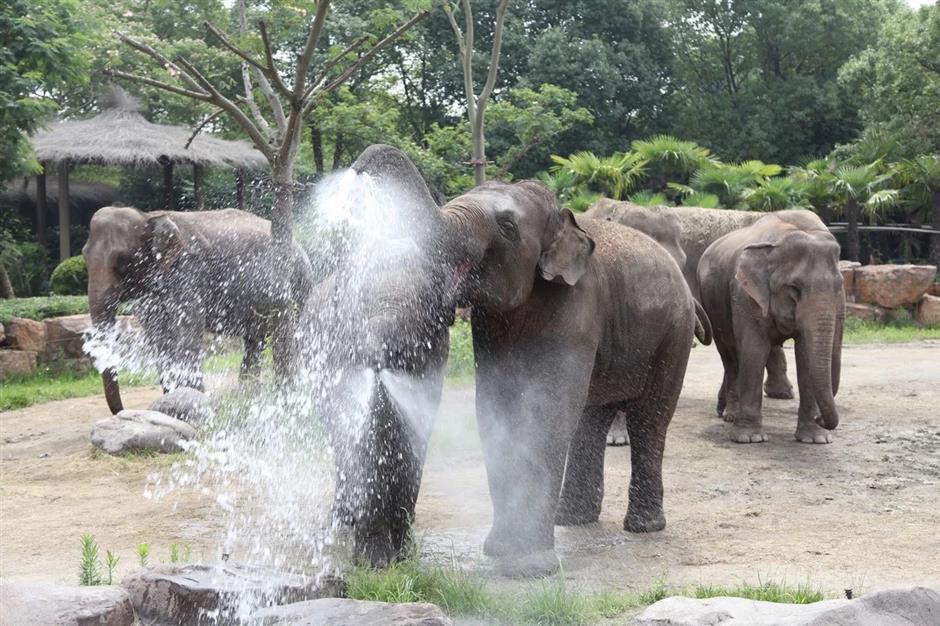