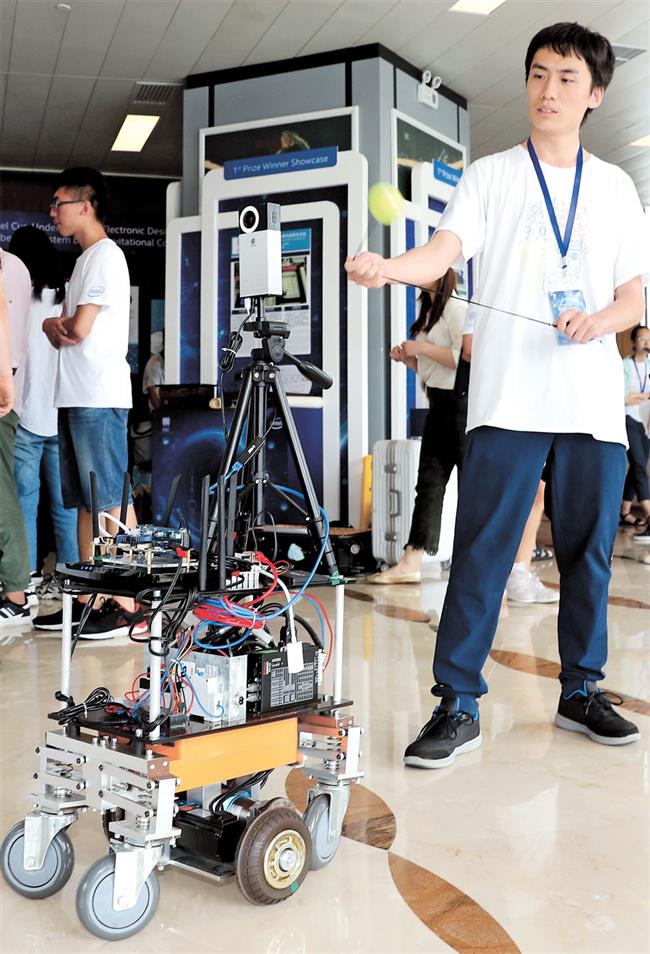 A total of 164 teams from 77 universities from the Chinese mainland, Hong Kong, Singapore, India, Brazil and America attended the ninth biennial event and 13 won first prizes.

Among them is a robot safety system developed by three students from Shanghai Jiao Tong University. Wang Yule, a senior student majoring in software, told Shanghai Daily that they developed the system after they saw reports of unmanned cars hitting pedestrians and guide robots at exhibitions losing control and damaging stalls.

“The weak security systems of robots have limited their use in low speed and small-scale services, while we want to use graphic analytics technology, instead of sensors, to make robots safer so that they can be more useful,” he said.

Their system includes a panoramic camera that can take pictures around the robot and transmit the graphics to the robot computer, where the vision recognition algorithm can analyze the graphics and classify the risks into different levels, and then the control system can send corresponding commands to the robot to avoid the risks. 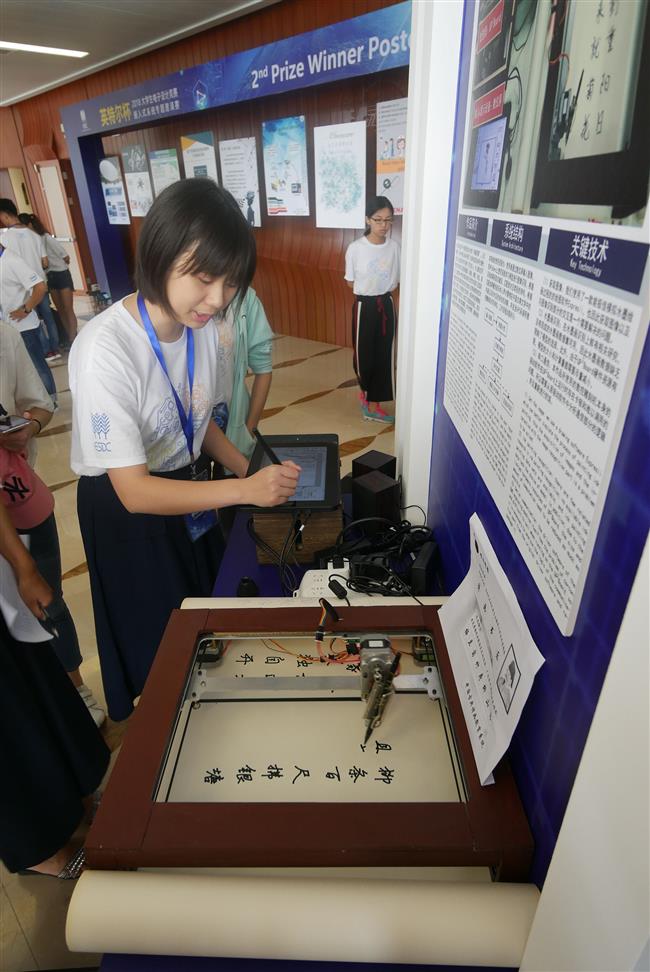 A student from University of Electronic Science and Technology of China shows how an education system, another first prize winning program, works.

Another first prize winning program is an education system developed by a group of students from University of Electronic Science and Technology of China. When people draw a Chinese ink painting with the system, its machine hand can write down an ancient Chinese poem describing the scene while its audio system will explain the meaning of the poem.

An Arizona State University team won a first prize with their design, including an artificial intelligence guide dog and wheelchair robots for blind people.