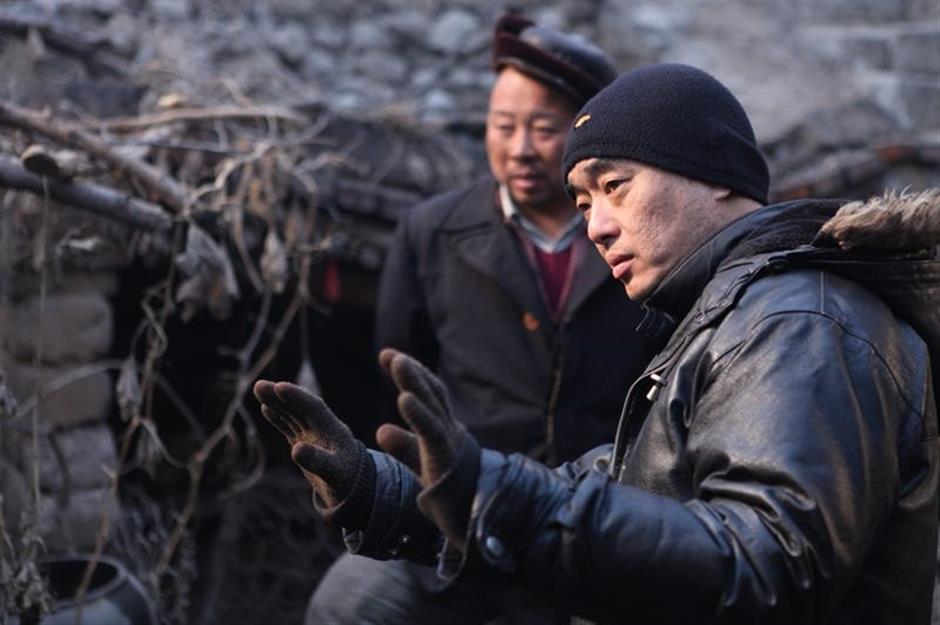 Zheng Dasheng at work during a movie shooting.

Born in Shanghai in 1968, Zheng Dasheng completed his study at Shanghai Theater Academy and School of the Art Institute of Chicago in the 1990s. He later devoted himself to low-budget art films, documentaries, traditional Chinese operas and dramas.

His movie experience includes “The Death of Wang Bo,” “Useless Man,” “The Inspector and the Prince,” and “Banzi Melody,” most of which were adapted from literary works. His “Banzi Melody,” based on Jia Dashan’s novel of the same name, was honored for best cinematography of the 31st Golden Rooster Awards, the Judge Panel’s Award of the 25th Beijing College Student Film Festival and the 2017 China Shanghai Director’s Guild Judge Panel Recognition.

His works are said to embody the inheritance of classic cultures and reflect history. While telling Chinese stories in his way, Zheng has also contributed to the exploration of realistic movie creation. 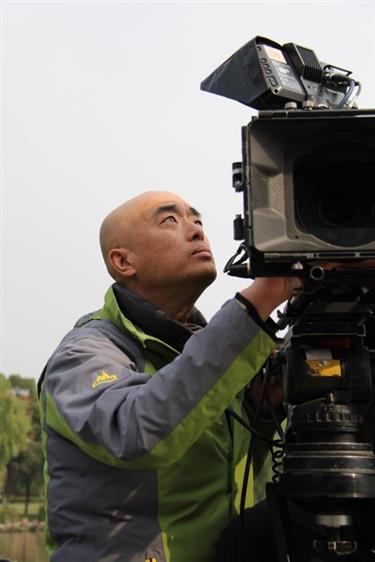 Zheng Dasheng at work during a movie shooting.

With the first Western movie screened at the “Youyicun” Tea House of Xuyuan Garden in Shanghai in August 1896, film was much like an astonishing magic trick to most Chinese. Nine years later, Chinese people started shooting their first movie at Beijing Fengtai Photo Studio. It has now been more than 110 years since the birth of Chinese film.

I still remember two very popular movies from 1978, namely “Donggang Spyware Infestation” and “Hunter-99.” That’s when I started to find movies fun to watch, with those two featuring all the suspense, fighting and electric music. It was not until years later that I realized that there was a big change of the nation in 1978 that also changed Chinese movies.

I was born in a movie family with both my parents working at Shanghai Film Studios. I witnessed the shooting of the famous “Legend of Tianyun Mountain” (1980) and "Hibiscus Town" (1986) in the studio, which may have seemed quite long and boring work for ordinary people. It hadn’t occurred to me that my “The Inspector and the Prince” (2009) would be the last movie shot in the old studio.

“Into the Future” and “The Translation of World Famous Academic Books” were among the most popular book series in the mid-to-late 1980s when I studied at Shanghai Theater Academy, and aroused my interest in contemporary Western art.

Graduating in 1990, I chose to further my study at School of the Art Institute of Chicago in the US, which helped me to see a bigger map with another dimension. That was when I realized that I need to find my own path in the arts.

I started to search for my own cultural identity rather than what is simply written in my visa. And that’s why I returned to China soon after my graduation in the US. I was eager to know more about the country I came from.

In 2000, I got my first chance with movie directing when the whole Chinese movie industry was at a low ebb and few people went to the cinema. I probably wouldn’t have got any access to movie directing if CCTV 6 hadn’t launched its self-produced movie program. At that time, hardly any people wanted to take the job, as it wasn't a big money earner. But I was willing to be part of it, trying my hand at low-budget movies.

From “Useless Man” (2012), “Falling City” (2012) to “Bangzi Melody” (2017), I featured the small fries and their stories, which could otherwise be easily neglected in the powerful current of times.

“Bangzi Melody” was set in a village of northern China in the 1980s. That part of history, not so far from us, is most worth looking back on, in my view, as it shows how we became what we are today. The story was not just about that particular village, those particular farmers or that particular year. There is so much collective memory for us to collate and examine, rather than to forget tacitly.

I believe that history is one of the best legacies. The best scripts are all there in history.

Today, many of us are used to watching TV series on iPads before we sleep, or going to a cinema to watch a movie. We are actually sharing the same motive with our ancestors when they listened to stories around the bonfire at nights. How can humans survive the dangerous dark nights with all that fear, hunger and chilling air? They need a fable that can help them governing their lives in the world.

Fortunately, we have such stories and movies which have accompanied us throughout the years. It is the wish of every audience member, and also the ambition of every author and director.