New treatment for most prevalent tumor in women 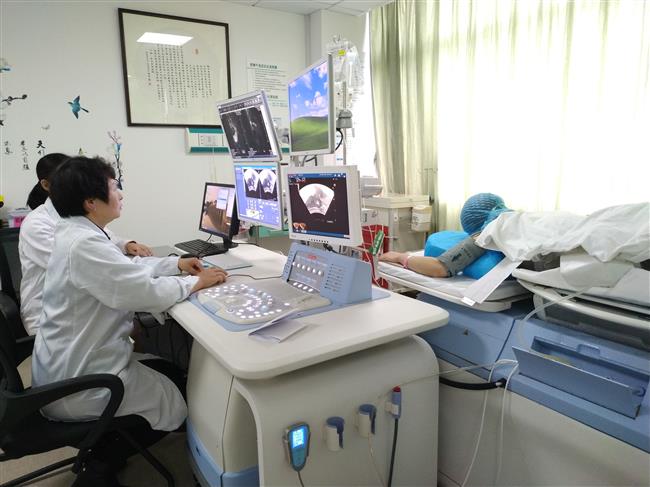 Doctors perform HIFU treatment on a woman with uterine fibroid.

The incidence of uterine fibroid among women of childbearing age is up to 70 percent, and local hospitals have started to offer a non-invasive therapy for fibroid ablation, especially for women planning to have a second child, local doctors said.

“We have introduced high-intensity focused ultrasound, or HIFU, a non-invasive technique that uses ultrasonic waves to heat tissue for fibroid treatment,” said Dr Aixingzi Aili from Shanghai First Maternity and Infant Hospital. “Compared with surgery, HIFU doesn’t involve cuts or holes in the womb, so women can get pregnant three months after the treatment. Previously, they had to wait six months to one year after minimally invasive surgery, or two years after traditional surgery." Many women in their late 30s come to the hospital for uterine fibroid ablation before having a second child, the doctor added.

Even though fibroid is a benign tumor, it can cause bleeding after birth, and is one of the causes of death during child delivery. Doctors suggest women with uterine fibroid have their fibroid monitored regularly at a hospital and receive appropriate intervention and treatment.