Whales to leave Shanghai park for sanctuary in Iceland 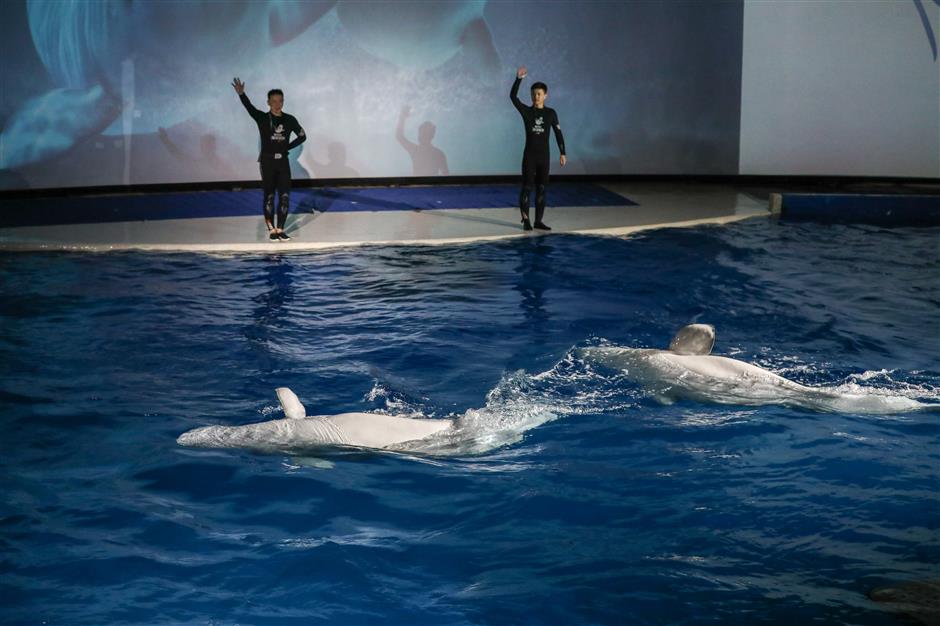 The pair of beluga whales at Changfeng Ocean World 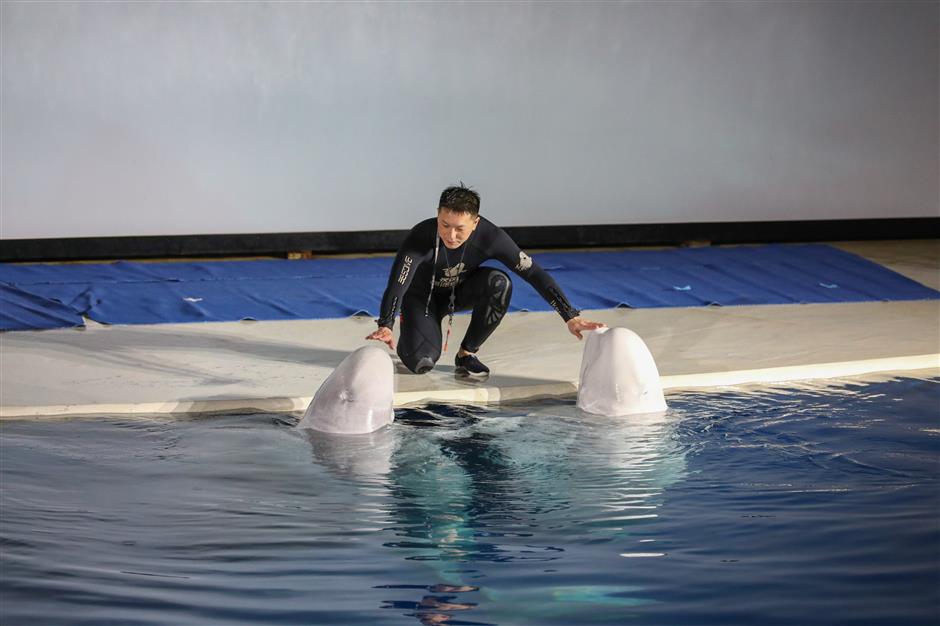 Two female beluga whales at Changfeng Ocean World in Putuo District will go to their new home in Iceland in spring.

The duo Xiao Bai and Xiao Hui will live at the Sea Life Trust Beluga Whale Sanctuary, the world’s first open water sanctuary for members of their species.

The sanctuary created in partnership with the Whale and Dolphin Conservation is the first of its kind for cetaceans. It is hoped the project will encourage the rehabilitation of more captive whales in natural environments, said Sea Life Trust, a charitable organization established by Merlin Entertainments Group dedicated to the protection of oceans and marine life.

The two beluga whales, both 12 years old, will be taken by air, land and sea on the 9,000-kilometer and 30-hour-plus journey to a bay in Heimaey, one of the Westman Islands located off the southern coast of Iceland, according to Sea Life Trust.

A film about the challenging while magic journey debutted at the beluga whale theater in Changfeng Ocean World on Friday, which shows a series of special preparations including underwater breathing training, physical training and diet adjustment, to help the whales prepare for the trip and their new environment.

The film will be screened at the theater through spring as a special way to say goodbye to the pair of whales.

The lives and stories of the pair were shared during a ceremony on Friday. 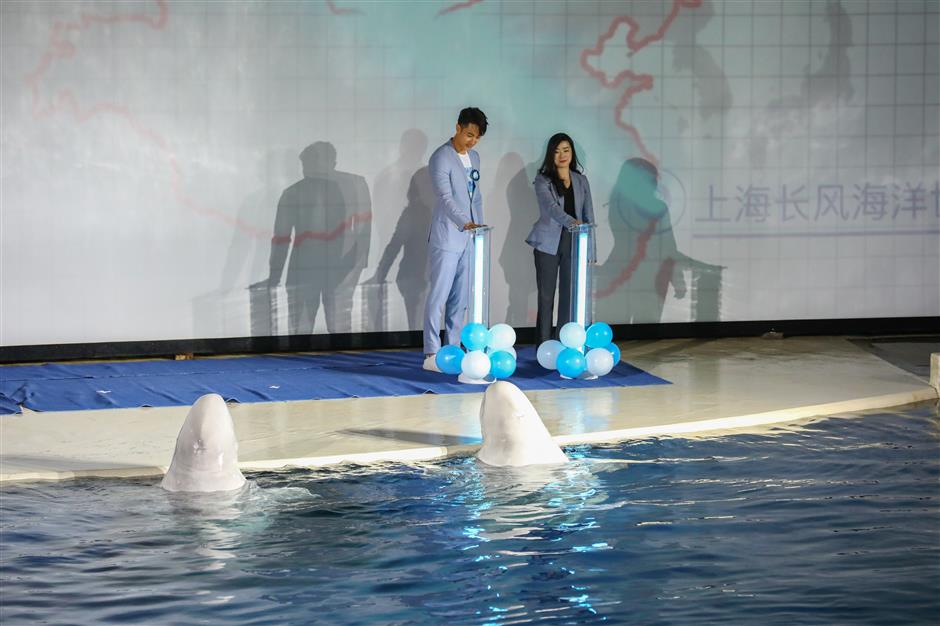 Zhang Qi, regional general manager of Midway China, and Bruneian actor Wu Chun, who has been appointed as the ocean protection ambassador of Merlin Entertainments Group China, jointly pressed the button to start the journey.

"The departure date depends on a number of factors such as the health conditions of the whales and weather because the smart mammals are very sensitive to new environment," Zhang said.

The park has prepared special postcards for visitors to write down their wishes for the pair and post the cards on a photo wall.