Making sure that everything is ship-shaped 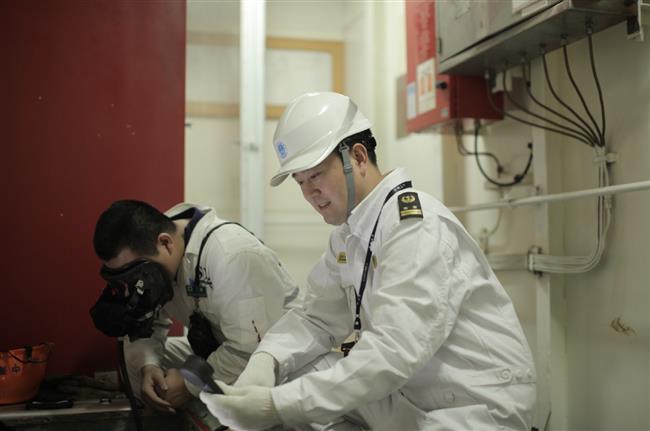 Gu Zhiyong describes his work as as a “general medical practitioner for ships.”

Gu Zhiyong, a port state control officer, is in charge of ensuring that vessels in dock are in ship-shape condition. He describes his work as as a “general medical practitioner for ships.”

“My duty is to ensure the security and environmental safety of the port region by inspecting ships to check equipment, operating conditions, paperwork and crew competency,” Gu told Shanghai Daily.

He requires crew members to operate equipment while he watches to assess their competency. He also examines paperwork and maintenance records, including trash dumping records to ensure that no illegal waste discharge has occurred.

Each ship inspection takes about four hours. Gu and his team inspect about 800 ships every year. Some 300 of them are foreign vessels.

“This is a job that requires patience, care and a sense of responsibility,” said Gu. “Shanghai is China’s leading city in terms of the importance of ports. We represent not only the city, but also the image of China in the world.”

Port state control is an internationally agreed regime for the inspection of foreign ships docked in countries where they are not flag registered or licensed. There are about 25 port state control staff working in Shanghai, all with quality certification.

Gu, who holds a top A-level certificate, has been honored with a “Shanghai Standouts” award this year, given out the Shanghai Federation of Trade Unions to single out front-line workers with distinguished expertise, professionalism and spirit.

Gu’s expertise and proficiency comes from years of practice. He has to enforce more than 30 international and domestic port conventions. He inspects ship safety features and anti-pollution equipment and looks for safety hazards.

A report is filed immediately after each inspection. Serious deficiencies found aboard could lead to detention of the ship until the problems are corrected.

“We avoid giving detentions rashly as long as the crew can fix problems before the end of the inspection,” Gu said, “because detention usually means economic loss to the ship company.” 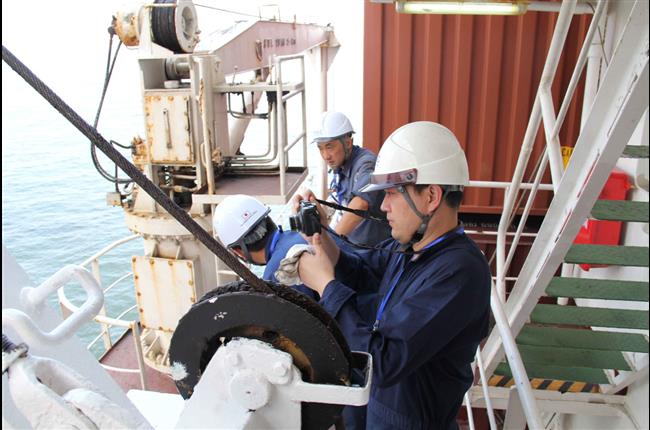 In 2017, he introduced a remote inspection system that has already been applied to over 20 ships operating regularly in Shanghai ports.

“The working principle of the system is not difficult” he said. “It involves Internet connection, to which I added the application of a local area network.”

Gu said the system has proven efficient, especially in re-examinations of problem ships. A ship crew, following instructions, can show members of Gu’s team certain parts of a ship through a handheld camera. That eliminates the need to have port personnel on board.

According to Gu, the remote inspection system will be applied to more domestic ships in future and then introduced to international maritime conferences for cross-country communications.

Due to different interpretation of port conventions, controversies sometimes arise, especially in dealings with foreign ships.

“When controversies occur, they test our professionalism,” said Gu. “In most situations, I’m able to convince the other side with my thorough understanding of certain conventions. You have to provide a legal basis when challenged, otherwise complaints could be filed. That’s why we never stop learning the conventions and regulations.”

Gu and his team also serve as backup support for Chinese ships when they encounter detention issues in foreign countries. They provide long-distance assistance to help analyze problems found on the ships.

“In 2014, a ship owned by China COSCO Shipping Corp underwent port state control inspection in Canada and was about to be detained for anti-pollution faults,” Gu said. “The ship’s crew made an emergency call at midnight to seek help from us. I analyzed the problem presented by the captain’s description, and found some flaws in the detention decision. After some long-distance communications involving our office, the captain and Canadian officials, the detention order was withdrawn and the shipping company avoided several hundred thousand yuan of loss.” 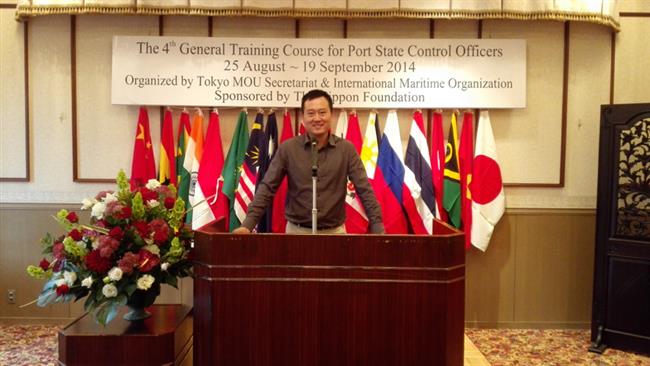 Prior to his port duties, Gu worked as a seafarer and then a marine surveyor for the China Classification Society. Years of front-line work experiences help him in his current job.

“If you have not worked as a seafarer, you might not be aware how much the malfunction of certain equipment can affect a ship,” he said. “And you might not know how long it will take to fix a problem. That’s important to know when determining how much time you will give a ship to correct problems.”

Gu gives regular lectures about ship inspection to Shanghai’s ship manufactures and students in maritime schools. He is adept at explaining the rules through authentic stories and examples. His lectures are always popular.

He said when hiring or training new port officers for his department he looks for people who truly are devoted to the profession.

“I’m a very strict teacher,” said Gu. “Preciseness, persistence, innovation and devotion: those are my touchstones in assessing personnel quality.”